Parc Ferme: War of blah is over, real one has begun 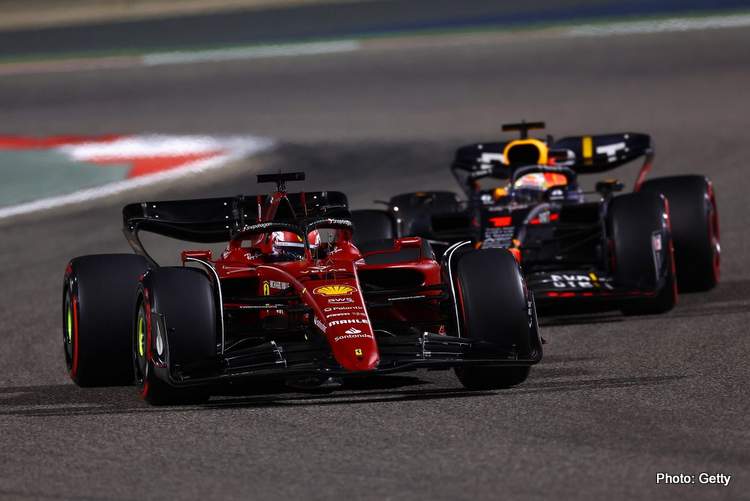 The 2022 Formula 1 Bahrain Grand Prix is over, and so are all the smokescreens and speculations. The war of words is over, the one on track commenced.

We speculated, pontificated, and cogitated for well over a month over who was and was not sandbagging, mis-directing, and or speaking from their rear in winter testing. Turns out that, based on Sunday’s race the bullshit, contrary to our predictions, had predominantly remained in Texas.

Instead, an invisible shroud of honesty had descended on the paddock in its place. Only revealing itself fully towards the end of the inaugural race. Yes Ferrari may have underplayed their performance in testing, but no more than Red Bull had overstated theirs – rumor has it that Toto sent Christian a self-help book at the end of Sunday’s Grand Prix entitled; “Climb out of your own ass – a quick guide to not believing your own PR”.

Whilst we’re are talking about Red Bull, I have to sympathize with Max regarding the instructions issued to him from the Pits vis a vis his out lap. Essentially telling him not to go “Full Tonto” on the new tires. The 24-year-old World Champion was rightfully miffed by this message and was adamant that Leclerc would have exited the pits behind him had he been allowed to “have his head”.

True or not, I have stated before that these decisions should be the preserve of the man operating the car and function as advice only. Drivers of Verstappen’s stature are more than capable of pulling off the kind of uber lap that is beyond the engineers expectations. Even if their computers say “No”. Apparently, he (Verstappen) went on record saying that in the future he would do what he thought was best and that those kind of orders could be parked in a personal, dark place bereft of sunlight by whoever issued them! GO on Max!

Meanwhile McLaren must be thinking they had been caught up in some kind of F1 “Bermuda Triangle” and had travelled back in time to 2015. After a dismal qualifying, they appeared to go “testing” in the race and based on their performance it was a smart move.

I kind of expected they would need some “herbs and spices” to run close to the front this year. It now appears it is more like “open heart surgery”. Consequently, I will need to make some swift revisions to my F1 fantasy team.

Talking of which, in a polar opposite situation Haas, the long time back markers and all round mobile “chicaners”, suddenly found their world had also taken a turn for the surreal. Both cars picked up points and ended the day third in the Constructors’ Championship. In the company of Ferrari and Mercedes to boot. All early days of course but what a start for Kevin Magnussen, straight in there with a P5. Gunther Steiner must have a nose bleed finding himself at such a high altitude following his teams performance in Bahrain.

Ostensively, there seemed to be more overtaking in the season opener, with the pundits declaring that the new aero regulations had dramatically improved the situation. However, for me this all flattered to deceive. Most of the action was at the end of the main straight (DRS) and between T3 & T4, courtesy of DRS again.

For sure the cars seemed to be able to follow more closely but this never seemed to translate into anything tangible in overtaking terms unless DRS was present. It could be too early to call but I do have a theory on this, but I’m going to wait until after the Saudi Grand Prix before I commit words to paper.

I cannot end without shouting out a big congratulation to Ferrari, Charles, Carlos et al.. You had the car and you made it work. After a long absence from the top tier, it great to see the team back at the front again. I suspect there’s gonna be a few more of these days for the Team during 2022.