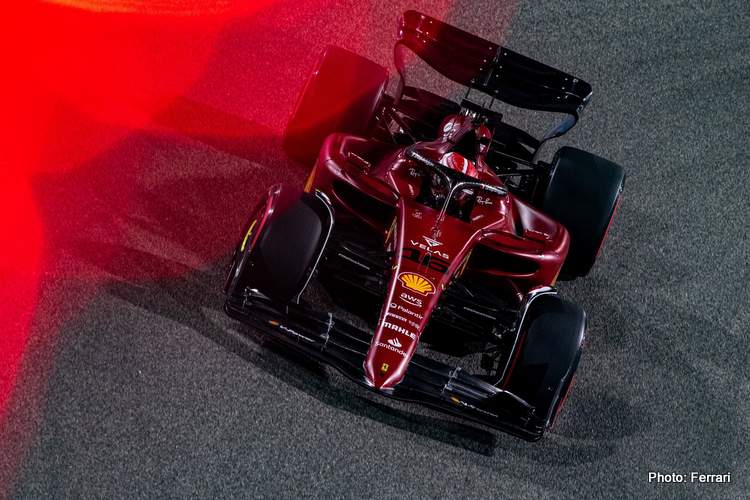 Charles Leclerc gave the Tifosi reason to celebrate, victorious at the 2022 Formula 1 Bahrain Grand Prix, after two extremely difficult years for the Scuderia.

Ferrari finally tasted victory at the hand of Charles Leclerc, after 45 winless races, their final win courtesy of their former driver Sebastian Vettel at the 2019 Singapore Grand Prix.

And the win in Bahrain on Sunday came in style, as Carlos Sainz made it a 1-2 for the Reds, as their closest competitors on the day, Red Bull, imploded with both Max Verstappen and Sergio Perez retiring their cars for a fuel pump problem.

“Yes, so happy,” Leclerc said after the race. “The last two years have been incredibly difficult for the team. We knew it would be a big opportunity for us and the guys have done such an incredible job in building this amazing car.

“Starting in best way possible. Pole position, victory, fastest lap, one two with Carlos, we couldn’t have hoped for any better,” he admitted.

Leclerc felt things were under control

Leclerc did not need the Red Bull DNF to win, as he succeeded at keeping Verstappen at bay the whole race with some masterful defending, despite Red Bull going for an undercut at both pit stops, with Ferrari and driver reacting impeccably.

“I was trying to be as clever as possible, brake early in Turn One and twice it worked out,” Leclerc reflected. “I took back my first position and I am incredibly happy to make it work.”

Sky Sports F1 later asked Leclerc how his Bahrain victory stacked up compared to his previous two in 2019 at the Belgium Grand Prix, and of course his famous win at Monza in front of the Tifosi that year.

“A victory is always very, very special and I definitely feel much more grown compared to my victories as a driver in 2019,” Leclerc responded. “Here today everything felt a bit more under control and it felt nice.

“Obviously there were some very tense moments on track with Max, after the first stop, with the Safety Car restart after that, but everything was managed and I could bring the victory home,” the Monegasque concluded.

The man with probably the most pressure on his shoulders in F1, aka Mattia Binotto, was relieved after his team’s glorious result under the Sakhir floodlights. He was tasked with bringing Ferrari back to its winning ways, and on Sunday, it seems he took the first step in the right direction.

“It is a relief,” Binotto said speaking to Sky Sports F1 as well. “It’s fantastic. A one-two was unexpected. I think it was a great race.

“I was expecting Red Bull to be even stronger [than us]. I think they were strong, maybe they had some problems through the race with the braking system.

“It’s definitely a big boost. The team remained united before. It’s great to see, but certainly it’s a big boost to go ahead,” the Ferrari boss insisted.

“No doubt the pressure is very high,” Binotto added. “But we need to try to focus on what we are doing and forget about it otherwise I think it will be too much stress.”

The Swiss-born Italian is adamant that Mercedes and Red Bull will be working hard to bounce back into contention, and expressed his excitement about the battle with them.

“I’m pretty sure they will do the job and they will come back very strong,” he said. “In a week’s time, it’s another race, another track – different characteristics.

“I’m pretty sure again it will be a nice fight for F1,” Binotto concluded.

Cheers to many more days like this 👊❤️#essereFerrari 🔴 @EG00 pic.twitter.com/XMSHhlCsF2