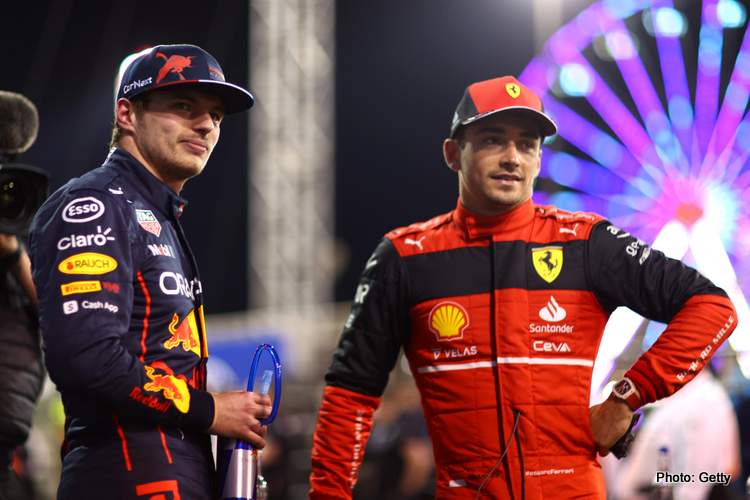 Few would have bet against Max Verstappen taking pole position for the season-opening Bahrain Grand Prix, but he was beaten to it by Ferrari’s Charles Leclerc but the Red Bull ace is confident the RB18 is a good race car for his Sunday drive.

After setting the pace most of this weekend, we headlined the preview of Bahrain qualy: Who can beat Max Verstappen? Leclerc is the answer, at least for now in qualifying.

Summing up his session in parc ferme Verstappen told reporters: “Q2 seemed good, Q3 was a bit more of a struggle but it’s alright, we’ve got a good racing car which at the end of the day is the most important thing. It’s a good start to the new era. There are a few things to look into and we will try to do better next time.

“You want to be good in qualifying but make sure the car is working in the race and it’s a bit different to some other tracks. It was a really nice battle with Charles and Carlos so they did a really good job in the winter.”

Verstappen: Ferraris are very close and it’s going to be a tough battle 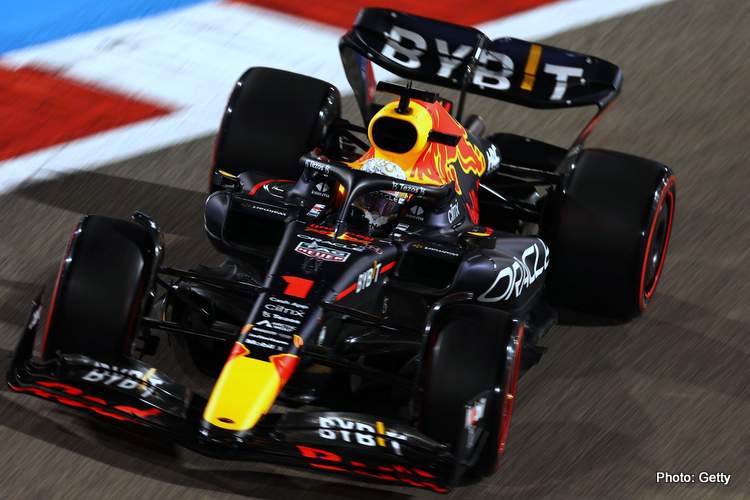 In the team report he later added: “Overall, it’s not a bad position to be in, of course you always want more but this is a positive start to the season. It was a bit more hit and miss with not really getting the right balance.

“There was some oversteer and understeer so you can’t really attack the corner which makes it quite difficult to put that lap together, so that’s something we’ll need to look into.

“The weather is meant to be warmer [on Sunday] so it’ll be a bit tougher on the tyres. As a Team we just have to see how competitive we are in the race, it’s a long season and a lot can happen,” added the World Champion who embarks on the defence of his first F1 crown.

Perez: I just didn’t manage to get one hundred percent out of the car 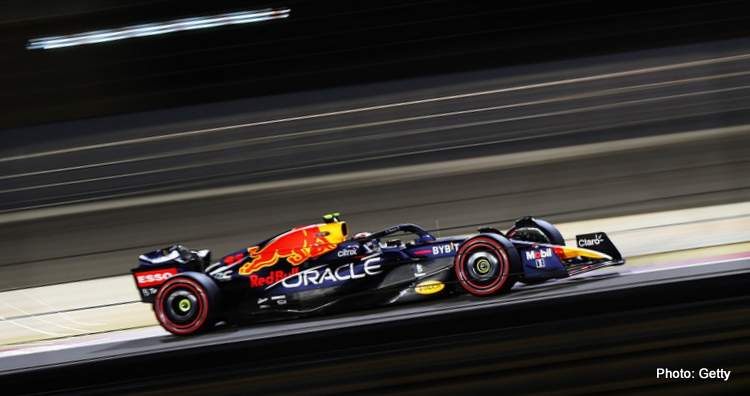 In the sister car, Sergio Perez was just under a quarter of second adrift of Verstappen but still good enough for third place and good reason for the Mexican veteran to be confident: “I am optimistic and in the race anything can happen.

“I just didn’t manage to get one hundred percent out of the car but we still have a good starting position and I hope we can make up some positions come race day. It is great to have other teams up there to make things more competitive, but it is a long road ahead and what matters is the race.

“I think P3 was possible if we had put everything together and I was able to do that final corner again, I ran a bit too much curb through it. It would have been good to start on the clean side of the grid but a lot of overtaking can happen here.

“Hopefully we are able to fight the Ferraris and have a good race for the fans. I am looking forward to it, I want a strong lap one and strong pace. My goal is to at least get on the podium and get a one, two for the Team. We are in a good position to fight the Ferraris,” added the 32-year-old.

Perez starts his second season as a Red Bull driver and will be making his 214th start in the top flight when he lines up on the Bahrain Grand Prix on Sunday.