Ricciardo: There’s a lot of work to do 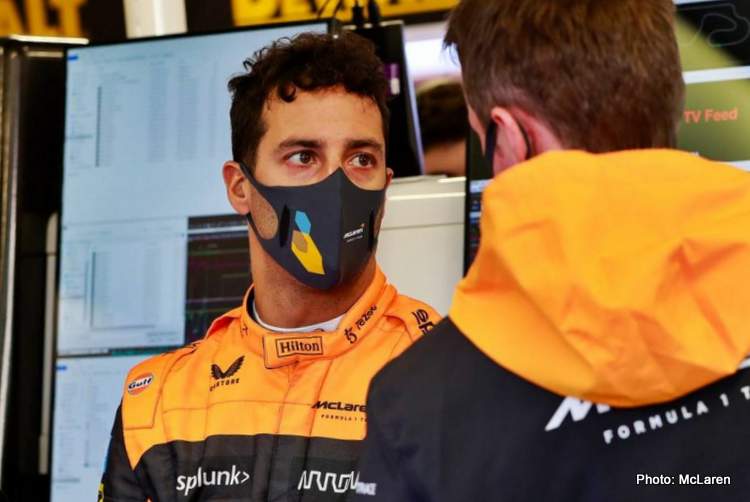 McLaren’s Daniel Ricciardo shares took a knock, out of his control, as he failed to make it through the first phase of qualifying for the 2022 Formula 1 season-opening Bahrain Grand Prix after missing testing last week due to COVID-19.

The Australian, who was released from isolation on Thursday, qualified only 18th in the session at the Sakhir circuit and ahead of Aston Martin’s Lance Stroll and Williams’ Nicholas Latifi.

Ricciardo said in the team report: “It’s been a tough weekend so far, unfortunately. Last time I drove in Barcelona, we left pretty optimistic but, we’ve got new kinds of challenges here this weekend.

“With the lost time last week, trying to get up to speed, it proved trickier than I hoped. There’s a lot of work to do, and we didn’t have a good result, but we’ll work on it and look at how we move forward in the race.”

McLaren team boss Andreas Seidl told Sky F1: “I think we just saw the result of everything that happened in the last seven, eight days. I think he was on the back foot from the beginning going into this weekend with missing out on the test last week.

“Then he lost additional laps yesterday with the water leak that we had and therefore it was always a difficult challenge for him.

“In addition, we just struggled really all weekend so far here with the pace of the car. I think also that’s a result from all the fire-fighting we’ve had to do in the seven or eight days. We simply have to accept it and move on,” stated Seidl. 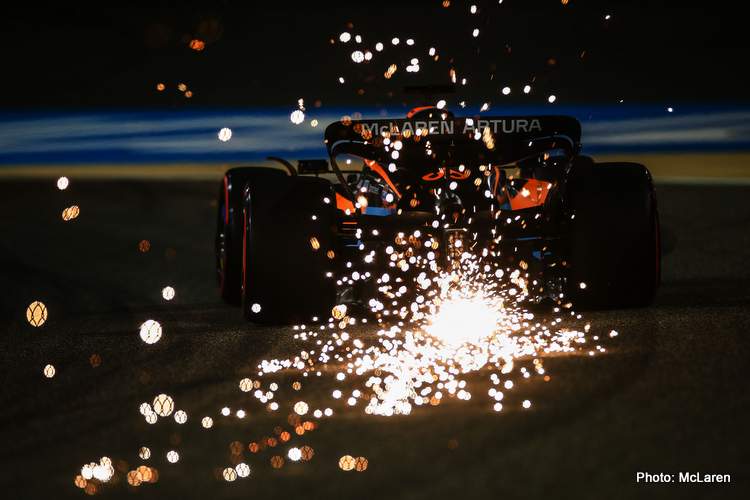 Norris: We did a good job with what we had

Ricciardo’s teammate Lando Norris, who suffered brake problems in testing last week, made it through to the second phase of qualifying.

Norris said of his Bahrain qualy: “Mixed feelings. I think we did a good job with what we had, we’re simply just not quite as quick as we want to be. I feel like I did a good lap and we had a good plan.

“We did make some improvements but, of course, so does everyone else. We do need to find a lot of pace in the car but I think we maximised what we had and we’ll try to gain a few more positions tomorrow in the first race of the season.

“We’re a little bit on the back foot comparing to other teams, so there’s many things for us to learn and find out in the race tomorrow. We’re always aiming for points, and that’s what we’ll be working on tonight and into the race,” added Norris.

The Woking-based team finished fourth last season, with Ricciardo leading a one-team at the Italian Grand Prix for McLaren’s first win since 2012. (Reporting by Alan Baldwin) with Additional Reporting from Agnes Carlier)

The team are disappointed after today and a difficult week with the issues throughout testing. We’ll keep working hard. 👊

Hear from Andreas Seidl after Qualifying in Bahrain. 👇