Norris: I always want it to be perfect 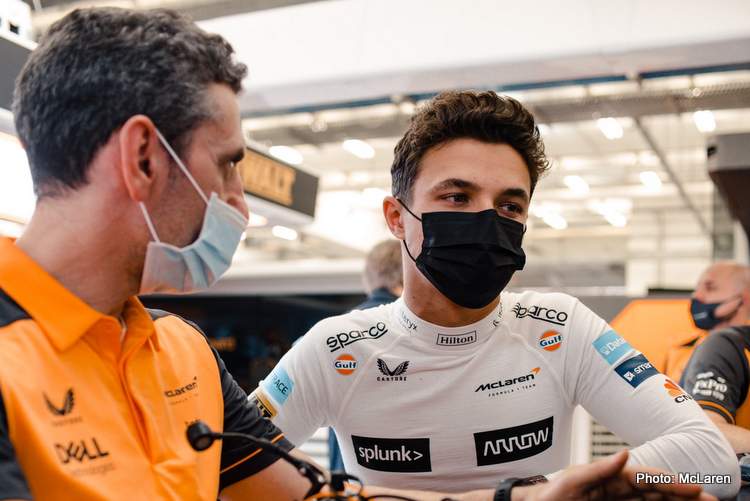 If McLaren delivers on their preseason form, Lando Norris believes he can win races against Max Verstappen and Lewis Hamilton.

In recent years, Norris rocketed onto the F1 scene, a popular character and very impressive driver kept on improving last year, much of the same can be expected from the precocious 22-year-old whose team had him ink a long-term deal such is their faith in him.

Asked if he is ready to go toe-to-toe against two drivers rated the best of the best, Norris told BBC: “I believe so, doesn’t mean I’d always come out on top, but definitely a few times.”

At last year’s he came close to winning, the famous Monza one-two saw him follow home teammate Daniel Ricciardo, the highly-rated Aussie taking the plaudits on that Sunday in Italy, but on most other occasions the younger of the two drivers was better.

Norris continued: “I am. I always want it to be perfect. With everything I do, I always need it to be done right and done properly and I won’t be happy until it’s done as close to perfection as possible.

“And secondly, various things with driving, adapting to different scenarios and being ready to drive outside my comfort zone and getting used to more different driving styles.” 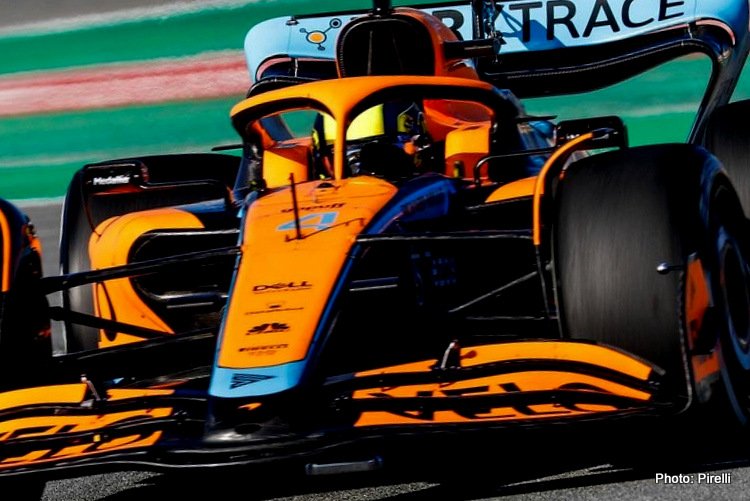 Lando: You ask most drivers ‘will you ever be satisfied?’ and I think most would say never

“It is similar with all top athletes in different sports. They always believe there is a place they can do better.

“We always want to do that perfect lap. It’s almost impossible to ever do, but it is what we are searching and driving towards. Similar with golfers hitting a perfect shot or a perfect 18. They always want to do one thing perfect and then put it all together and that’s when it comes to a whole race weekend.

“You want to get to a point where everything’s subconscious. That’s when you really get in your element and in a zone where you can get out and drive normally, but your ‘normal and at ease’ is at a higher level than everyone else can do when they’re trying.

“Everyone has these moments when they go out and things just work, and you can just drive without thinking about it and they’re just very quick, and as soon as they went to improve something they do it and they’re even quicker.

“That’s what you see with top drivers and it doesn’t mean you don’t work. It’s the opposite – you work so much and you spend so much time trying to find perfection and gains that you understand everything in the back of your mind.

“In the back of your head everything’s swirling around, but in the front of your head you don’t have to think about what you’re doing. And that’s when things are going very well.” 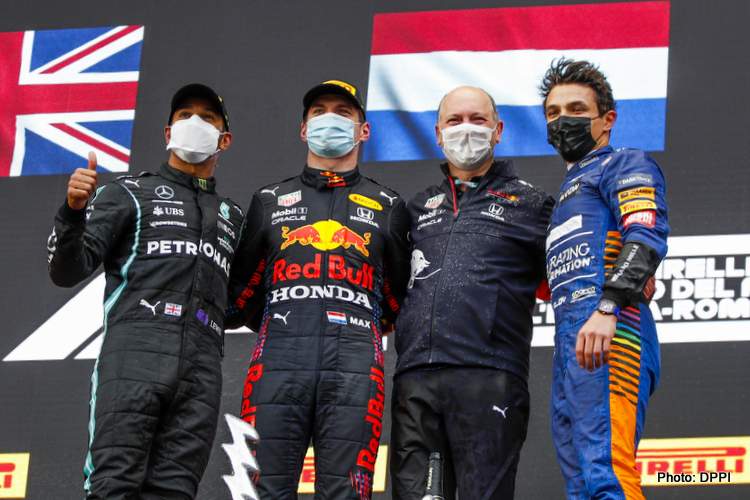 Can NOR gatecrash the VER-HAM  party?

The box-office focus ahead of the new season, arguably the most anticipated in the sport’s history, is undoubtedly the feud between reigning F1 World Champion Verstappen and the man he denied an eighth, Hamilton.

There is unfinished business there which Lando weighed in on: “It’s a different battle because of how Max races. It’s a different breed of drivers. You saw how he drove and changed when it came down to those final races, with aggression.

“It’s maybe something you don’t experience so much in the midfield because you’re not going for a World Championship, or some of the drivers don’t have that mentality of risking everything.”

Both Hamilton and Verstappen dipped into the dark arts of F1 driving tactics on well-known occasions last year; The Briton since his early days was known as a no-compromise style driver, very much like Verstappen at the same stages of their respective careers.

Norris was not sure how he would manage such a battle with a rival: “It’s difficult. You would try and play smart as much as you can. There are things you would definitely try and outsmart your teammate on. But I’m also a fair racer and, I don’t know, maybe don’t push the limits quite as much in certain areas.”

Track limits were a travesty last season, shenanigans during the Austrian Grand Prix right through to the finale in Abu Dhabi were common. Rules of engagement shifted to-and-fro from race to race, creating the perfect storm of chaos that was the double-edged sword of a finale. 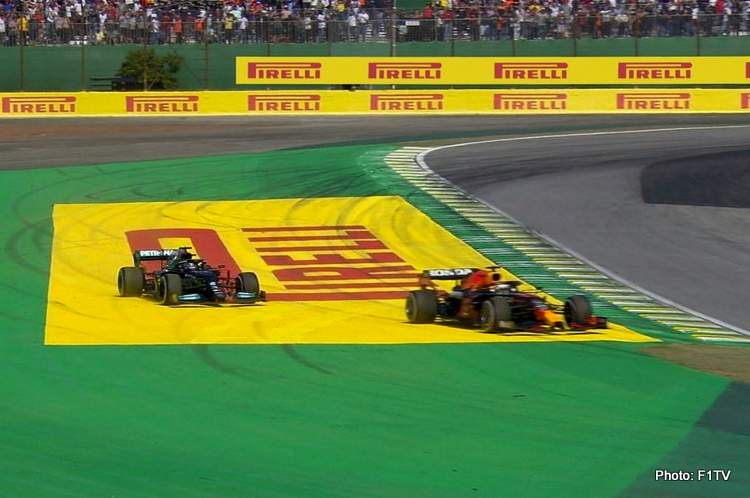 Norris: Drivers want to know the limits, when is a white solid line, a white line or not?

“There’s a big push towards having clarity,” revealed Lando. “Everyone’s talking about it. Between us as drivers we want clarity and consistency, and the FIA want the same. So there is quite a big push on that.”

On the season ahead, the McLaren driver opined: “I would go with Red Bull at the minute but Ferrari are definitely the closest after that. They are downplaying themselves massively, as they would. But consistently in every single run they’ve done since the first lap in [the first test in] Barcelona, they’ve been basically at the top.

“It was just the final day [of testing last week] when Red Bull brought some new parts along they took a little step forward. But at the same time Ferrari could have just put a bit more fuel in and just not looked as good.”

“I’m confident. I’m ready for some good battles. I’m excited for what is to come this year. I am motivated to do better than last year. That’s the aim and time will tell whether that’s true or not,” he added of his own hopes; on Sunday in Bahrain, Norris lines up for 61st Grand Prix start.

We’re going racing for the first time in 2022 this weekend! 🙌

Here’s everything you need to know ahead of the #BahrainGP. 🇧🇭👇