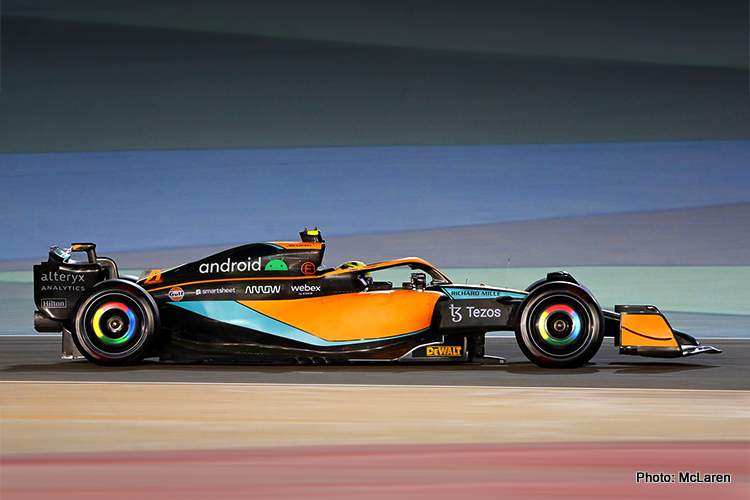 The McLaren Formula 1 team announced a multi-year partnership with Google ahead of the new season starting at the Bahrain Grand Prix this weekend.

The partnership is the latest to involve a major U.S. company and F1, with the sport growing in the Americas and a second U.S. race scheduled in Miami in May. There is also talk of a third to come in Las Vegas.

McLaren, who came fourth last year but finished one-two at Monza for their first race win since 2012, said Android and Chrome branding would be carried on their cars’ engine and wheel covers.

McLaren boss Zak Brown, commented: “We are absolutely delighted and proud to welcome Google to the McLaren Racing family. It will also feature on the helmets and race suits of drivers Daniel Ricciardo and Lando Norris.

“Google is a global leader in technology and has been a ground-breaking innovator in connecting people around the world. By integrating platforms like Android and Chrome across our operations, our team will be better supported to focus on driving performance.”

“We’re looking forward to an exciting partnership that spans across Formula 1 and Extreme E,” added Brown of his latest sponsorship coup. No financial details were provided.

Nicholas Drake, VP of Marketing, Google, said in the press release: “McLaren Racing represents the very best of what’s possible on a racetrack across performance, inclusion and sustainability, and those are values we share at Google.

“We’re bringing more innovation to platforms, like Android and Chrome, and seamlessly connecting them to other Google services to optimize McLaren’s race day performance.”