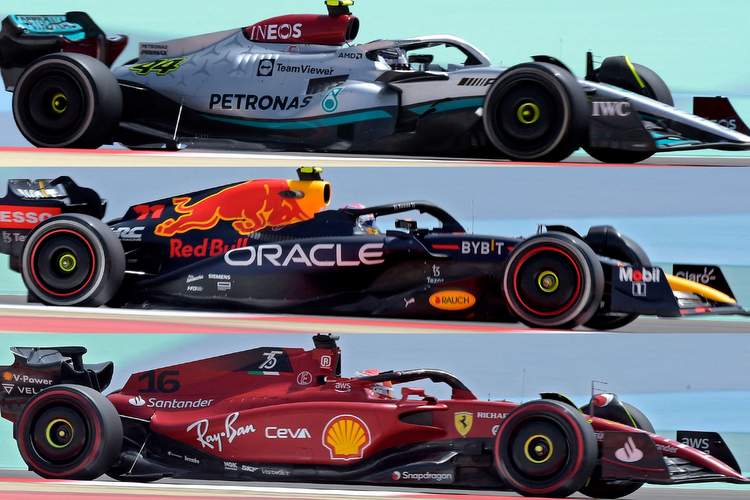 Formula 1 concluded the first day of the official pre-season test in Bahrain on Thursday, with several talking points dominating the paddock.

Bahrain’s three days of testing are the last chance for the F1 teams to hone their 2022 F1 machinery ahead of the season-opening race, the 2022 Bahrain Grand Prix on March 20.

It comes after the pre-season testing session or group shakedown that took place in Barcelona back in February, with the teams analyzing the data collected in Spain while working hard on getting their planned upgrade packages in time for Bahrain.

One should always be careful when looking into testing, times are irrelevant at this stage of the game.

Honestly, nothing could steal the spotlight from the Mercedes W13 and its ultra-slim side pods in Bahrain, as the World Champions proved once again their ability to stretch the boundaries of what is possible when designing and building an F1 car.

Regardless of the final result of their design philosophy with the updated W13, and whether the Silver Arrow turns out to be a fast one, the Brackley squad has to be commended for being innovative with their 2022 machine, keeping in mind the Title fight they were locked in last season with Red Bull all season long. 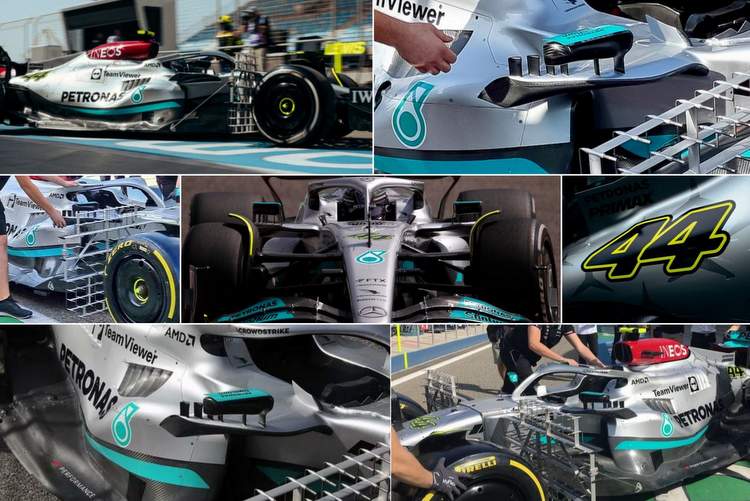 Brundle: The Mercedes W13 is not plug-and-play

On the other hand, innovative does not necessarily mean pretty, and boy do those side pods look hideous, as if the car was mangled by some raging bull. So in the looks department, the W13 is a big miss, but if it goes fast, now one will actually care, while other teams will be scrambling around to copy it.

But the initial signs were not so good, and despite Mercedes not usually going for headline-grabbing lap times in testing, the car didn’t seem in its element on the track in Bahrain, with Martin Brundle even saying the W13 was not “a plug and play car” as might have been expected.

Brundle added: “They’ve been struggling a little bit to slow it down, so work to do there. I thought with all that new bodywork on it, from what I was hearing, it might have turned up and spoiled a lot of people’s days.”

Nevertheless, the W13 ran reliably albeit slowly over 121 laps, and it remains to be seen if Mercedes have found the silver bullet with their approach and whether they can extract further performance from their radical machine.

Ferrari are still looking good and reliable, while Red Bull have kept their powder dry while racking up 137 laps, more than any other team on the day, but mainly long runs.

The closer we get to the first race, the more fascinated I get with the new cars, and the more impatient I get to find out the pecking order for this season.

A busy day for some, and an eventful day for others!