Vasseur: Not an issue to start with a new line-up 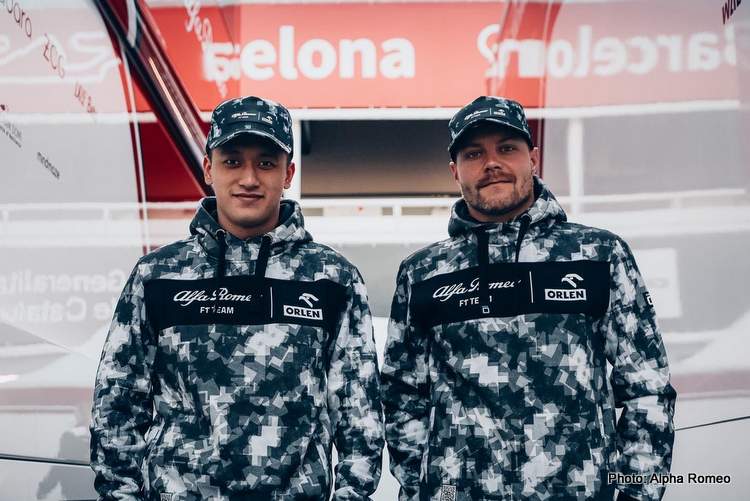 Alfa Romeo team boss Frederic Vasseur, has no issue starting the new season with a new driver line-up, his team being the only one on the grid with a fully new driver pairing.

With how things went for Alfa Romeo at the first pre-season testing session in Barcelona, their new C42 suffering miserably from reliability, their new driver pairing should be the last of their concerns.

Valtteri Bottas and Chinses rookie Guanyu Zhou replaced retiree Kimi Raikkonen and Formula E-bound Antonio Giovinazzi at Alfa Romeo, the latter being one of a group of drivers with a chance to replace Nikita Mazepin at Haas.

Speaking post Barcelona to F1’s official website, the Vasseur claims it was the right time for his team to have a driver change: “I think it was the right moment for us… to do the [driver] change. But for me, it’s not an issue at all to start with a new line-up this season.”

The Frenchman is happy with having a mix of experience and fresh blood within his team, claiming the two driver complement each other.

“It was very important to have someone with huge experience of F1 and with Valtteri we have [that], and he will be supportive with Zhou,” revealed. “The collaboration is more than good so far between them.

“They are really collaborating very well, it’s important for Zhou, but let’s see,” Vasseur added. “I think we don’t have to put pressure on Zhou’s shoulders, but F1 is a huge step – not only on driving, because I think driving is not far away from F2 – but more about management of everything, including you [the press].

“I’m confident because the approach is a good one: he’s positive, open-minded, let’s see,” the Alfa Romeo boss concluded.

Alfa Romeo will be among the teams testing in Bahrain for the start of the official pre-season test on Thursday, with the new team leader, Valtteri Bottas, insisting they should compensate for the lost running time in Barcelona.

“Our focus switches to making the most of the time between now and the Bahrain test, and maximising our mileage when we get there,” the Finn said.

“I am confident we can make up the time we lost and be fully ready for the season ahead,” the former Mercedes driver added.

exactly what you were going to say, right? 🤩 pic.twitter.com/tLVetJYA28