Tsunoda: I have a little bit of experience with 18″ tyres 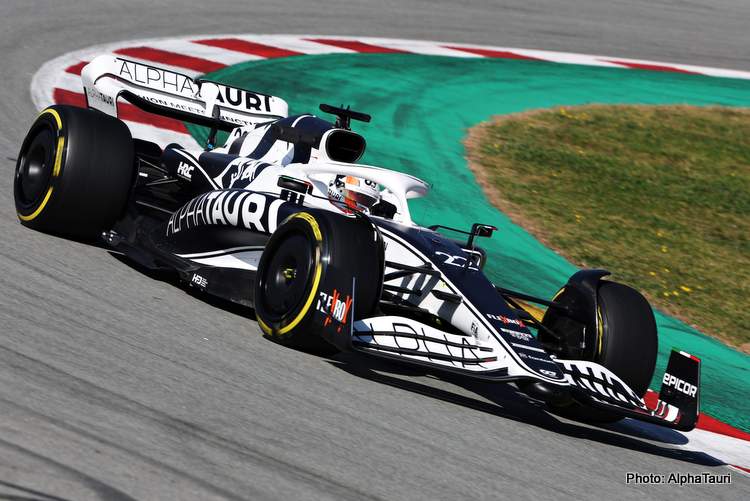 AlphaTauri’s Yuki Tsunoda said, ahead of the 2022 Formula 1 season, that he will be leaning on the experience he gained with 18″ tyres from his Formula 2 days.

Formula 1 will debut new low-profile 18″ Pirelli tyres this year, but those tyres have been in us in F2 since 2020, and Yuki Tsunoda has been able to sample them from his days in the F1 feeder series, as the Japanese driver gears up for his second team with AlphaTauri, under the technical regulation changes ushered by the sport.

“Obviously this year [has] completely new cars for every team,” Tsunoda told F1’s official website. “It’s a task that I need to develop the car with my team mate, Pierre, and also with the team.

“Obviously, [it is a] new experience for me to develop a car this much, but I am really enjoying it currently,” he admitted.

Tsunoda is relishing the fact that he has already driven with the new 18″ Pirelli’s and revealed: “There is a little bit of experience that I have with the 18-inch tyre [from] two years ago, [I can use] to help the team, but currently all is good, [I’m] looking forward to it.”

Tsunoda happy to be back in an F1 cockpit

The AlphaTauri driver had an inconsistent, rather erratic, rookie season in top flight, and even admitted being surprised that the team extended his contract for 2022, but nevertheless finished 2021 on a high the Abu Dhabi Grand Prix season finale, coming home fourth around Yas Marina.

“I’ve been really excited to get back driving since Abu Dhabi, especially knowing that it’s a whole new car, and I’ve really enjoyed my time getting to know the AT03,” he said.

“There’s still a lot to do ahead of the next test in Bahrain; from my side I need to make some more adaptions to my driving style to suit this new car but overall, it’s been… really positive,” the 21-year-old added.

With his teammate Pierre Gasly binning the brand new AT03 on the morning of the final day of testing in Barcelona, Tsunoda has his time behind the wheel cut short with the team unable to get the car patched up in time for the afternoon running.

“It’s a shame that I wasn’t able to complete the afternoon session [on Friday] but it’s testing, and these things happen,” he lamented.

“We’ve still got three days in Bahrain before the first race, so we need to prepare as much as possible ahead of this so that we can start the season off well,” Tsunoda insisted.

Knight Drivers ready to get back on track in Bahrain 🤙 pic.twitter.com/dCyjpMt6cn