Liberty Media: Netflix Drive to Survive a win all the way around 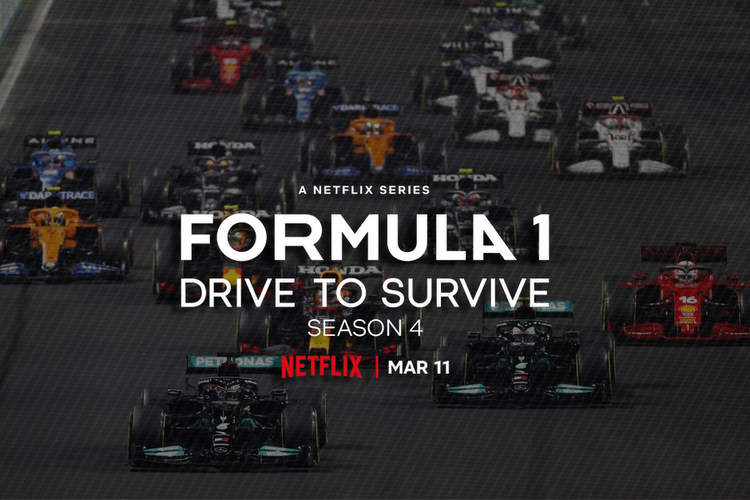 Season Four of ‘Drive to Survive’, the Netflix docuseries that has turbocharged Formula 1 for new and younger audiences, premieres this Friday with the sport still committed to the partnership despite controversy and criticism.

The 10 new episodes offer behind the scenes insight into the 2021 season, one of grand prix racing’s most exciting and closely-fought championships.

“It’s been a win all the way around. Clearly grown our sport, not only in the U.S. but around the world. It is a great thing for Netflix as well. So I hope the marriage continues for a long time.”

Cumulative television viewership in the United States was up 58% year-on-year in 2021, according to F1 figures, with 400,000 fans making the U.S. Grand Prix in Austin, Texas, the best-attended race of last season.

A second U.S. race, in Miami, debuts in May and U.S.-based sponsors, such as Red Bull’s new title partner Oracle, are increasingly prominent.

The Netflix partnership has had its critics, however, with last year’s final showdown in Abu Dhabi triggering accusations that the sport’s integrity had been sacrificed for entertainment.

McLaren’s Lando Norris said afterwards he felt it was done “for the TV”.

Red Bull team boss Christian Horner, playing a starring role in a series snubbed by Verstappen who said last year he felt some of the driver rivalries were ‘faked’, felt the criticism was unfair.

Horner: F1 is still a sport, but sport is entertainment

“And one could also argue that there have been more people talking about Formula One in the past two and a half months when, traditionally, it would have been in hibernation,” added Horner.

Much of that talk has also been about what might ultimately be revealed by the Netflix cameras.

F1chief executive Stefano Domenicali recognised, however, that ‘Drive to Survive’ needed to remain a “differentiating factor” with other sports jumping on the bandwagon in a bid to boost audiences.

Amazon Prime launches a similar MotoGP Unlimited docu-series on March 14 while the Netflix producers have teamed up with tennis’s Grand Slam tournaments and ATP and WTA tours and are also reportedly in discussions with cycling’s Tour de France.

“If it’s becoming just a different way to speak about Formula One without… giving to the F1 platform any added value maybe I think it’s better to renegotiate and see with Netflix or with the other partners what could be a possibility to do something different in the future,” said Domenicali.

“But for sure this platform has been a vital point on the growth of awareness, mainly with the young generation and newcomers.”