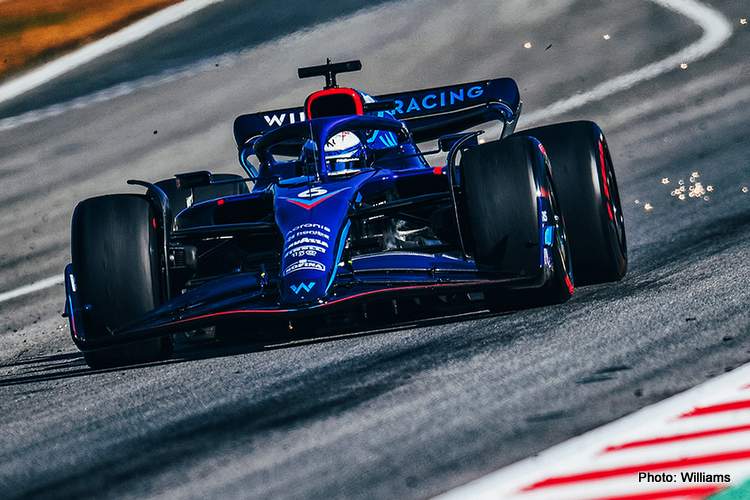 Williams F1 team previewed the upcoming Formula 1 pre-season test in Bahrain, with the team setting the objective of  increasing the performance of the FW44.

The team will be heading to Bahrain this week for the official pre-season test between March 10 and 12, after what the team considered a “successful” test in Barcelona, where the team racked up 347 laps in the FW44 around the Spanish circuit.

Speaking ahead of the Bahrain test, Dave Robson, Head of Vehicle Performance at Williams said in a team press release: “The main objective of the test this week is to build on the learning from the track session in Barcelona and to start to increase the performance of the car.

“We got a useful preview of the FW44 in Barcelona and although the cars were only back in Grove for a few days before being transported to Bahrain, we were able to do quite a lot of work on them, which should help us to exploit the best performance this week.

“Conditions in Bahrain will be more demanding than they were in Spain, with the hotter track temperatures affecting the tyre performance and the stronger wind gusts challenging the aero characteristics much harder,” Robson added.

“We were reasonably happy with our work in Barcelona, but we are looking to do even better this week as we seek to push the performance of the FW44 forwards as well as ensuring that the car is fully race ready for the season ahead,” the Williams engineer concluded.

The team’s drivers are looking forward to their second outing in their new car with Nicholas Latifi saying in the team’s media brief: “I’m super excited to get to Bahrain for testing.

“After sampling the FW44 in Barcelona last week, I’m curious to see it on a track that is going to have more representative conditions. It’ll be a good opportunity to see what we can do and build upon the progress and learning we currently have.

“The additional running will also be much more relevant for the team as we’re racing there a week later, so I’m really looking forward to it,” Latifi summed up.

“It’s a very different track with incredibly different temperatures, so it will be interesting to see how the FW44 performs, and we’ll have a lot to learn ahead of the first race.

“Our main goals will be to fine tune the set-up of the car and work on maximising performance; I’m looking forward to it!” the British-born Thai driver concluded.

Williams announced that Albon will be on driving duty on the first day of testing in Bahrain, with Latifi taking over for the second day, as the pair split car-time on the final say with Albon rounding off the test in the afternoon.