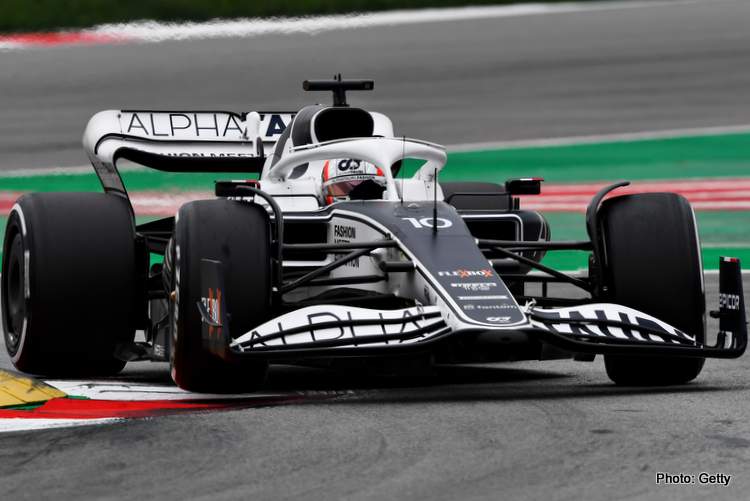 Pierre Gasly and Lando Norris are excited about the 2022 Formula 1 cars’ performance in high speed corners, Gasly particularly excited about visiting Silverstone and Suzuka this year.

The pair were jointly talking to F1’s official website about the new cars, post Barcelona, where the teams ran their new F1 machinery in anger for the first time in the pre-season testing session.

Norris’ McLaren MCL36 ran impressively around Barcelona over 365 laps, topping the timing screens on the first day of running at the Spanish venue, and the Briton is relishing the new cars’ characteristics, mainly their performance in high-speed corners, an area the new ground-effect machines are expected to excel in, and even follow closely.

“I look forward to the high-speed circuits which we’ll be going to,” the 22-year-old said. “That’s obviously the type of corners where you tend not to be able to follow so much over the last few years.

“You should be able to follow much closer on those types of tracks and it should prove to be good racing and exciting for everyone to watch,” he went on.

“We’ll see,” Norris added. “That’s something that will come over the year, with developments again. But I look forward to the racing this year.”

Going on on the same topic, Gasly agreed with what Norris said, and added: “I must say they are fun.

“As Lando said, the car seems to work really well in the high-speed and that’s where we get usually the most excited,” the Frenchman explained.

“So really looking forward to Silverstone, Suzuka, all these [type of] tracks,” the AlphaTauri driver admitted. “So, if we are able to be a lot closer to each other in racing that could make a lot of adrenaline, which is always what we are looking for.

“So, excited for that,” Gasly – a standout performer at AlphaTauri even winning the 2020 Italian Grand Prix – summed up.

Both drivers will be back in action at the wheels of their new 2022 F1 cars in Bahrain on March 10, for the official pre-season test, ahead of the season opener, the 2022 Bahrain Grand Prix on March 20.