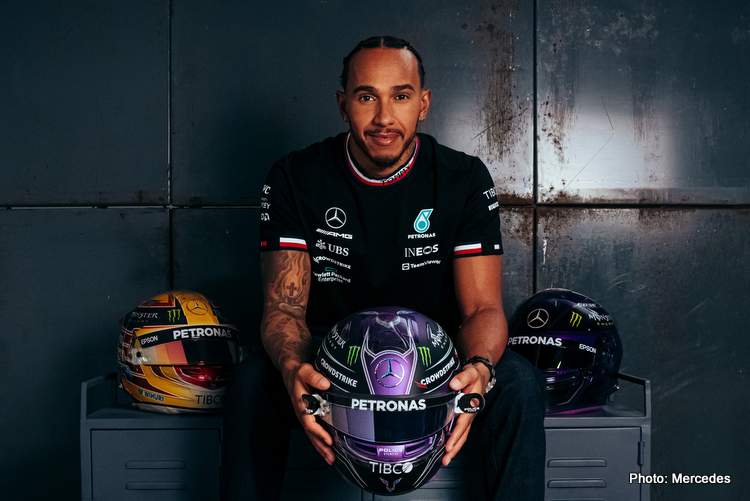 The admiration between Lewis Hamilton and Mercedes is clearly mutual, neither believes the other makes mistakes as they begin a new era of Formula 1 as the team and driver to beat.

Hamilton lost out last year on claiming an unprecedented eighth F1 title by the narrowest of margins, and while that ‘defeat’ hurt (probably still does) the seven-time F1 World Champion won’t countenance thoughts of his team challenged by the sport’s new rules package for 2022 and beyond.

Ahead of next week’s testing in Bahrain,  Hamilton made it clear he had no doubts about his team’s ability to maximise the new rulebook, in an interview published by F1.com, “Why would I ever think that? We’ve won eight [titles] in a row. Why would I feel that way?

“My team don’t make mistakes. Of course, there is always a risk, but we don’t make mistakes. There are a lot of very intelligent people back at the factory and I trust them 100%. Whatever we start with today, whether it’s good or bad, we’ll work through it. We’ve always had a great development plan and workforce.”

While the pecking order is hard to establish with Ferrari, McLaren and Red Bull prompting “oohs” and “aahs” but it should not be forgotten that Hamilton topped the times on the final day of testing in Spain last month, with his new Mercedes teammate George Russell second. Hence the favourite tag. 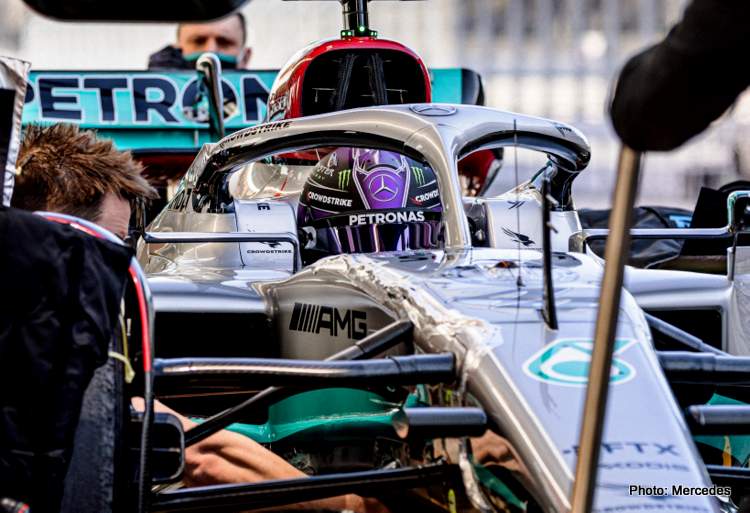 Hamilton: You have absolutely no idea where you stand

And even if Mercedes were to be on the back-foot Hamilton has no fears: “Whatever we start with today, whether it’s good or bad, we’ll work through it. I think every year’s exciting, but of course previous years, it was an evolution of the previous year’s car; in this one, it’s completely brand-new.

“Of course, I’ve seen the designs of our car over several months, but now to see everyone’s car out there, you’re trying to get a close eye to see what is different if there is anything, why certain teams have chosen a certain route in terms of sidepod design, front wing and the floor.”

Bahrain is next on the to-do list for F1, the final test before the real deal season-opening Bahrain Grand Prix on 20 March. But those three day’s of testing starting on Thursday will be far more telling than the opener in Barcelona.

“I think it’s the most exciting [pre-season], and again, you have absolutely no idea where you stand,” added Hamilton who will be back in the Mercedes W13 cockpit again on 10 March.

My brother has been with me every step of the way. Few people have believed in me more than Nicolas. I’m so grateful for the blessing he is in my life and so happy to share this moment with him. Our smiles 🤣 pic.twitter.com/r1eP4j8wVn