Brown: Red Bull ruined a few drivers that I think had it 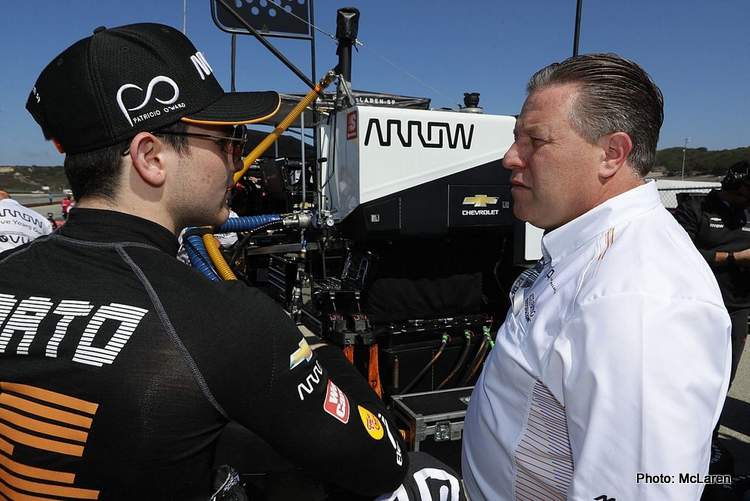 Speaking to reporters in St Petersburg last weekend during the Indycar 2022 season-opener, Brown said of Red Bull’s brief flirtation with O’Ward in 2019: “He definitely slipped through the cracks. The F1 stuff’s more about they do in the car. The F1 team don’t care what the driver is doing elsewhere.

“I think Red Bull, while [Pato] was there, they only gave him about three races [in F2 and Super Formula]. But if you look at Red Bull’s history other than Max, they have let a handful of great drivers slip through their hands.

“I think they’ve ruined a few that I think had it but weren’t given enough opportunity. But they won the championship last year, we didn’t, so I can’t say they don’t know what they’re doing.

“But they’re a bit brutal. Carlos [Sainz] is a great example. Daniel had already proven how good he was but he chose to leave. [Sebastian] Vettel left. Max is a great story and someone that they found. [Alex] Albon, [Pierre] Gasly. Gasly looks like a hell of a driver. They move through a lot of drivers.”

Christian Klien, Vitantonio Liuzzi, Scott Speed, Sébastien Buemi, Jaime Alguersuari, Brendon Hartley and Jean-Éric Vergne are all Red Bull developed drivers that might have been on Brown’s list of drivers “who had it” but not according to their paymasters.

Red Bull’s slip-up with O’Ward played into McLaren’s hands who have the 22-year-old Mexican on their Indycar programme, with F1 certainly a prospect.

Brown explained: “Now in F1, for the first time, you’re allowed to test last year’s car because of how big the rule change is, so we want to have a test programme for young drivers like we used to have in the past, so having Pato in the family is natural.”

Brown: Right now we don’t have any F1 seats available

For 2022,  McLaren have one of the better driver pairings on the F1 grid with Lando Norris constantly improving and surely earmarked for greatness, alongside Daniel Ricciardo who is still a formidable competitor who returned the team to their winning ways, heading home a McLaren one-two with victory at Monza last season. Ending a nine-year victory drought for the sport’s second most successful team.

Looking ahead Brown conceded: “Right now we don’t have any seats available. Lando is under a very long-term contract. So that seat’s done. Daniel, we have another couple of years with. So there is no imminent seat available.

“Other than that, I’m not a believer that you have to be 18 to enter Formula 1. Some people believe, OK, 22, you’re getting old. I don’t think that’s case at all. I think… to just get Pato some seat time because you never know, a driver gets injured or gets COVID, stranger things have happened.

“But what we won’t do is compromise the IndyCar team at all. I would never take Pato out of IndyCar to go into F1 without having a great solution. IndyCar is as important, as is Extreme E, as is Formula 1, to be competitive. So this is not a training ground for Formula 1.”

O’Ward: I grew up watching F1 and that’s what I grew up dreaming of

As for O’Ward, he aims to keep his eye on his current reality while keeping doors open: “Right now I have one focus, and that one focus is in IndyCar,” he said pre-season. I want to give these guys their first championship. I’d love to give them their first Indy 500. This is what my focus is right now.

“That same dream that you have as a kid will never go away. I have a challenge here, and I want people to enjoy me in IndyCar. I want them to know what IndyCar has to offer. There’s so many cool things about it. I’m just really enjoying myself,” added O’Ward.