Kvyat: Horrifies me to see two brotherhood nations in a conflict 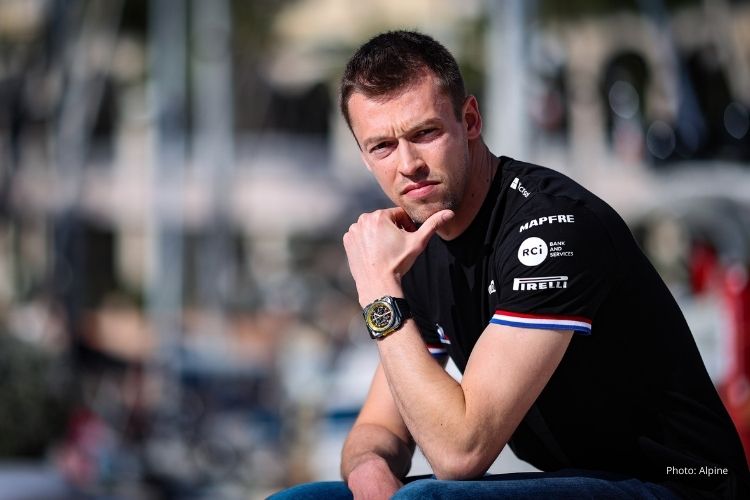 Daniil Kvyat has spoken out against the Russia-Ukraine war, calling for peace and suggesting sport can be the unifier as the bombing and invasion of sovereign neighbours is and perceived as a threat to greater Europe and NATO.

The world has retaliated by banning sporting events in Russia or involving Russian teams, with athletes banned by several major sporting bodies including the suspension of Russian football clubs and national teams from all competitions run by FIFA and UEFA.

Russia’s only current F1 driver Nikita Mazepin faces an uncertain future as the sport’s governing body, the FIA, discuss today the fate of the Haas driver.

Russian, Kvyat, a former Red Bull driver, Ferrari tester and Alpine reserve, weighed in on the invasion, stating on Twitter: “I really hope for a peaceful solution to this situation in Ukraine, and that we can all live in peace. Hopefully, all parties can find a solution by sitting together and through respectful dialogue.

“It horrifies me to see two brotherhood nations in a conflict. I don’t want military actions and wars to influence the future of humanity, I want my daughter and all children to enjoy this beautiful world.”

“I also would like to highlight and address all sports federations across the world including IOC that sport should remain outside politics and disallowing Russian athletes and teams from participating in world competitions is an unfair solution and goes against what sport teaches us in its principle- the unity and peace.

“Who else if not us sports people will help to glue nations together in the upcoming times?” questioned Kvyat in closing.

Kvyat has a daughter with the daughter of F1 legend Nelson Piquet, Kelly Piquet who is currently Max Verstappen’s partner.

Meanwhile with the Russian Grand Prix cancelled and Mazepin not sure of a ride, team boss Guenther Steiner is remaining pragmatic: “We just need to crack on and see where this ends up and work through it. Hopefully, he can keep his head up and keep on going.”

22-year-old Mazepin can only await his fate to be decided by the FIA today, writing on his Twitter: “To my fans and followers, it’s a difficult time and I am not in control over a lot of what is being said and done.

“I’m choosing to focus on what I can control by working hard and doing my best for my Haas F1 team. My deepest thanks for your understanding and support,” added Mazepin, who was set to be Mick Schumacher’s teammate at Haas for a second year.

Should Mazepin’s seat become available, it would be the only one left on the grid to be filled with some good options on the table should they need to recruit an alternate driver.

Steiner might be wise to look on experienced hands to help steady the ‘ship’ with Romain Grosjean, Kevin Magnussen and even Nico Hulkenberg possible candidates.

Also waiting in the wings is their reserve, Pietro Fittipaldi. Antonio Giovinazzi with his Ferrari-power experience and backing is also an option, while Oscar Piastri is ripe and ready for a step up to the big time.

With Mazepin out of the picture, Haas would be spoilt for options to replace him.

To my fans and followers – it’s a difficult time and I am not in control over a lot of what is being said and done. I’m choosing to focus on what I CAN control by working hard and doing my best for my @HaasF1Team . My deepest thanks for your understanding and support. 🙏