Andretti surprised by F1 attitude to his 2024 team bid 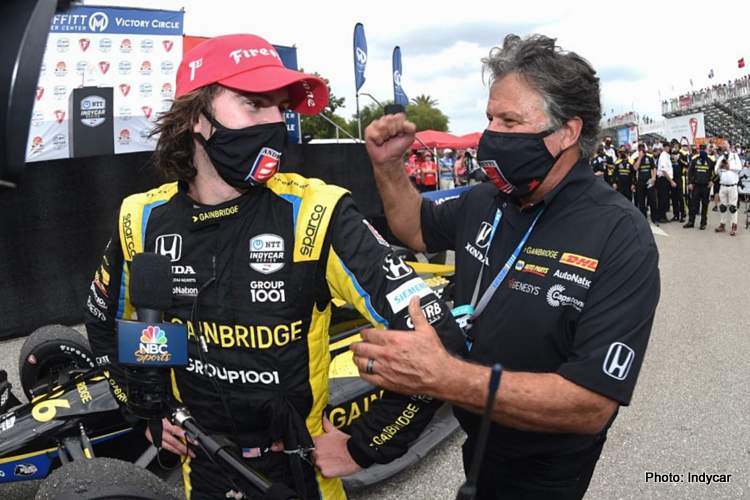 Michael Andretti is surprised by the cool reception to his bid for a 2024 Formula 1 entry, with existing team bosses questioning the value the project would bring to the pinnacle of the sport.

While F1 embraces Miami as a new venue, making it two Grands Prix in the country, with COTA a mainstay on the schedule each year; the prospect of an American driver let alone a US team – of Andretti Autosport’s stature – would have for the sport in the USA remains inexplicably overlooked by F1.

While the back-marker Haas team is owned by American businessman Gene Haas, it is hardly an American team, with Russian sponsors and not an American driver in sight, run by Italian Guenther Steiner who has done nothing to market the brand in the USA.

And, apparently, the team is not for sale!

Thus surprisingly, Andretti’s F1 dream team has hardly had a warm reception, Toto Wolff moaner in chief having the audacity to question Andretti’s credentials. Sadly others have since echoed the Mercedes boss.

A clear case of teams wielding too much clout, Wolff in particular. This attitude to Andretti is steep, considering he was among those that gave the nod to those long-forgotten, doomed from day one HRT, Marussia, Caterham/Lotus teams that came and went in a blink.

One could now ask him: How did they add value to F1? Why give them the nod then?

Asked by Motorsport Network if he was surprised by the negative reaction, Andretti replied: “I really was. I thought that it would be a no-brainer to get done and just go. But obviously, nothing’s that way in F1.

“First of all, we’re bringing $200-million, and second we feel we’re going to add more than $100-million to the bottom line just here in the U.S., with everything that’s going on in having an American team and an American driver.”

That driver is likely to be 21-year-old Coulton Herta who races Indycar for Andretti Autosport.

Earlier, this year Andretti made a serious bid for Sauber (aka Alfa Romeo) but a snag just before the deal was inked turned into a deal-breaker which still irks the 59-year-old: “That was a joke.

“We were there. It was done. We had a day set up to sign it, and literally two days before, they changed the terms. They basically still wanted to keep control. I was like, ‘No, they can’t keep control.’ They wanted veto rights on everything all of a sudden.

“It was horrible. We wasted so much time. If we didn’t do that, we’d have been so much further ahead on everything else.”

F1 has never known how to market the sport in America

As for tapping up the only ‘American’ team in F1, Andretti said: “Gene Haas wouldn’t sell. I’ve asked five or six times.”

The harsh reality is that F1 has never known how to market the sport in America. Even the grand Indianapolis plan failed, but as time has marched on, things changed. There is a growing interest boosted by Netflix and the prospect of a team/driver from the USA making it into the top flight is sure to be the cherry on the cake.

Andretti to F1 hogged the limelight at the Indycar opener in St. Petersburg this weekend. It’s a hot-topic stateside.

F1 would do well to embrace such mega teams, with pedigree, passion, track record and intent, starting with this formidable Andretti Global project which, if properly managed, may even tempt the likes of Penske to return to F1. Now that would be something.

For now the reception has been shameful. Not seeing this by F1, is shortsighted – no doubt fueled by greed – and defies the rationale of having more races Stateside as is the goal of the sport, now owned by Americans.