Horner: That Masi and his family received death threats is not right 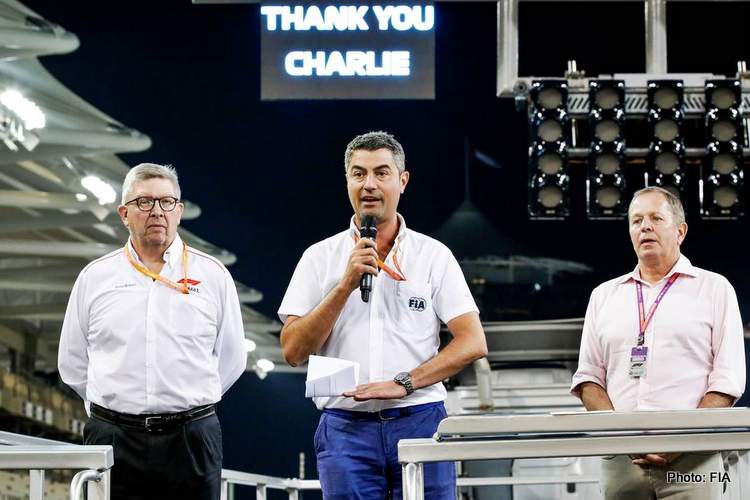 Michael Masi has yet to speak in public since the 2021 Abu Dhabi Grand Prix debacle in December, however Christian Horner revealed that the former Formula 1 Race Director received death threats after that night.

The Masi story has been well told, a victim of the FIA‘s incompetence, a scapegoat and thrown under a bus as World Champion Max Verstappen insisted in a recent chat with media.

The hate directed at Masi was such that our website was compelled to start by getting rid of the cancer of overt abuse and insults that prevailed after the decisive finale at Yas Marina, even in our relatively civil comments section, the Australian’s plight compounded by lack of FIA support; now his axing from the role a further slap in the face.

Red Bull team boss Horner told reporters in Barcelona: “The lack of support that was shown to Michael was disappointing, especially at a time when mental health is so prevalent. To hear that his family and he received death threats is not right.

“An awful lot of pressure was put on the FIA to deal with him. And I made it clear in last week’s meeting in London that there should have been more support for him. I was disappointed that nobody shared that opinion.

“I have had an exchange with Michael to wish him well. But the whole experience was very, very tough for him,” he said.

Verstappen will open his championship defence in Bahrain on March 20. But did Horner feel his driver’s maiden title was tainted by the events of Abu Dhabi?

Horner replied: “In the UK media a lot has been made of it because Lewis is obviously a British driver, but I really don’t think so. Max was the outstanding driver last year. He had bad luck and things didn’t always go his way, too.

“It is too easy to get hung up on one event, and so much has been written about the safety car in Abu Dhabi. But, again, tactically as a team we made the right choices. Mercedes left Lewis out on a 44-lap old set of tyres and he was always going to be exposed at a restart.

“There was no gift for Max either. Lewis didn’t expect him to overtake where he did. When Max threw it down the inside into the hairpin, you could see it caught Lewis completely unawares. He left the door open,” explained Horner.