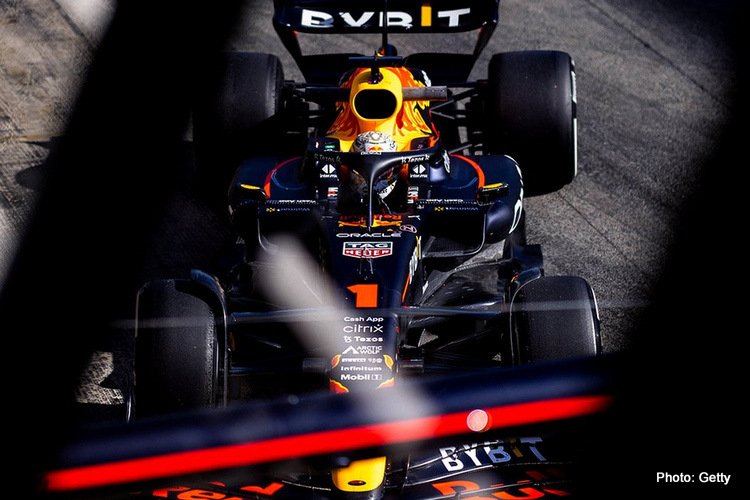 After the first day of 2022 pre-season Formula 1 testing in Barcelona, we finally know what the new era is going to look like for now at least.

Surprisingly, and in direct contrast to my prediction, there were plenty of laps completed, in fact most teams knuckled down swiftly to clocking up some significant runs.

Nevertheless, Alfa Romeo and Haas both had very limited running, both due to the very same issue, but if one takes the time to dig around a bit it doesn’t take long to realise that essentially every single team is also experiencing the same issue to different degrees, and the solution is not necessarily that simple to resolve.

Porpoising can be a common issue with ground effect cars, particularly those that are producing higher amounts of downforce.

On a ground effect car, as the speed of the car and the downforce created increases the car is essentially “sucked” further towards the track surface. However, as the ride height of the car decreases there is a point reached where flow separation in the diffuser tunnel throat occurs that causes downforce to be reduced.

This loss in pressure results in the ride height then increasing and downforce is again regained, and the ride height reduces again and the whole process repeats over and over at reasonable frequency. This ‘bouncing” is known as porpoising.

Why is porpoising a problem?

Particularly at the end of a high speed straight this characteristic can not only cause potentially catastrophic floor damage, but also chassis instability, affect the cars braking ability, and it can also impair the drivers vision due to the vibration.

The reality of Wednesdays first day of F1 testing was that apparently every team was having to deal with this issue at some stage and many floor changes were performed due to the damage caused by it. In the previously mentioned examples of Alfa Romeo and Haas, the issue was so severe that test run plans were compromised.

Why wasn’t porpoising predicted and mitigated before F1 Testing?

As I’ve already mentioned, porpoising is a reasonably common issue with ground effect race cars and so it seems reasonable to ask the obvious question that since the teams have all these simulation tools available to them, why couldn’t they have predicted and mitigated it?

There are two reasons.

Firstly, in a wind tunnel the model can’t be run on or almost on the moving belt. Obviously, either the model will tear up the belt, or even worse, be sent flying elsewhere.

Secondly, in a CFD package the simulation is reliant on one moving surface and one fixed, and as a result simulating the boundary layer separation due to porpoising is near impossible.

Porpoising has always, and remains for now, one of those “suck it and see” behaviors that kind of only become evident in real world testing.

What are the solutions to porpoising?

Interestingly, most teams are reporting that porpoising is mitigated to some degree when DRS is open, which sort of makes sense when you think about it because when it is open downforce is reduced and the ride height at the rear raises in response.

There are mechanical means to help with reducing the severity of porpoising, such as stiffer springs and tuning of dampers. One of the better options available to the teams might have been the mass damper, or “inerter” as they have become more commonly known, but alas as of the end of 2021 their use has been banned in F1.

Alleviating the issue altogether however would certainly require some form of aerodynamic solution, such as a vortex generator that cleans up the boundary layer separation at the point at which it is occurring.

It is intriguing that on the very first day of track F1 testing of a completely new set of aero regulations that every team experienced the very same issue, and so it would hardly be surprising if the flow separation is in the same area for every team.

Accordingly, it may very well be that a minor concession to the new 2022 regulations is made swiftly allowing the inclusion of a currently banned vortex generator mitigating this issue.