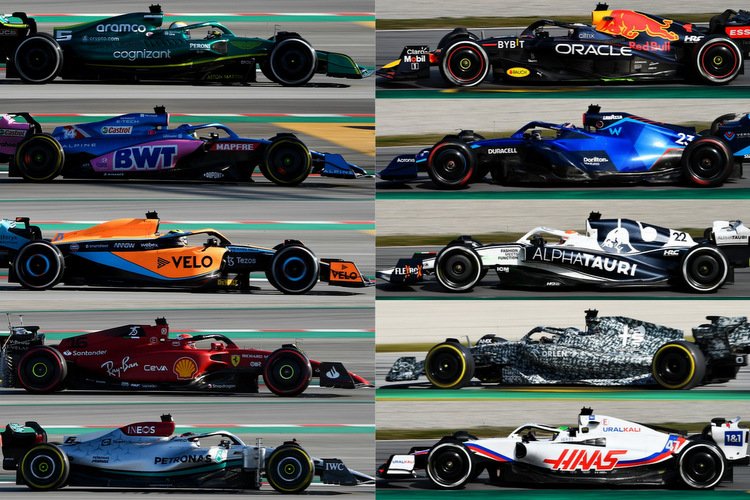 I ended last week’s Parc Ferme column rather cryptically, suggesting I would attempt to speculate on the fortunes of the drivers in this year’s Formula 1 World Championships based on the new 2022 technical regulations.

You might ask, not unreasonably, how I arrived at these conclusions, so I outline the evidence both factual and circumstantial, that I have used to make the forecast as follows:

Fact: The 2022 regulations will have a significant impact on the dynamic handling and feel of an F1 race car compared to previous years.

Circumstantial: What the drivers have said about their approach to driving a race car and how they have performed when coming to terms with a “different” vehicle in the past. In addition, I have considered their level of confidence and its relative robustness.

The latter is a real challenge, as I don’t know any of them personally so I’m working very much with gut instinct here based on last season’s race to race performance. 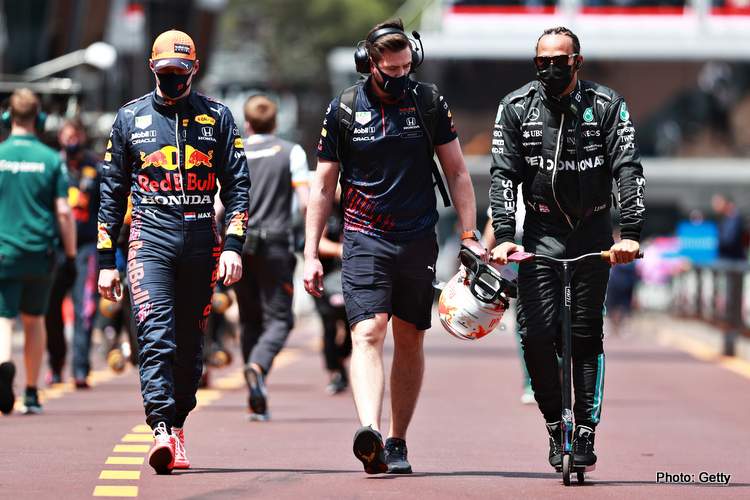 The Thrivers: Max and Lewis are a bit of an obvious one here

Max says little about his driving but what is apparent is how similar he and Lewis Hamilton are in driving technique terms (up to but excluding overtaking) i.e., deeper corner entry and later apexes compared to the rest of the field.

They both excel in the wet which means they have an excellent feel for the “limit” of grip; something that will be needed with the new wheels and tires. In terms of confidence, I think they are pretty much equal.

Some may think to speculate that Hamilton’s head may have gone down over what happened in Abu Dhabi. But I don’t think so. In the 37-year-old’s mind, he didn’t lose the title, he was cheated out of it. A fact he does not doubt for a moment, ergo he still believes he is the best.

Max, however, is a completely different animal. “No Fucks Given”, he knows that in F1 there is neither “good” nor “bad” winning, there’s just winning, end of. His stated objective was to become World Champion, not build a legacy. Max has achieved this and I don’t believe he cares what comes next.

For him, it’s about enjoying himself and the money in the bank. Ironically, this lack of pressure to perform may well make it easier for him to repeat 2021. 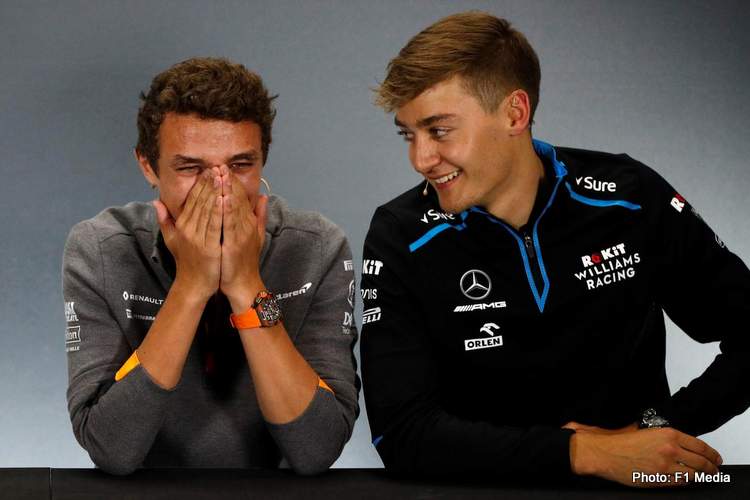 George Russell and Lando Norris: 2022 is a big year for these young guns

George heads to Mercedes – the team at the top of every driver’s Xmas list for Santa. While Lando has recently inked a big dollar contract with McLaren (an outfit that appeared to be increasing its altitude in the form table).

Russell languished in the back half of the grid for most of last year, extracting some brilliant performance out of the least competitive car after the Haas. Whereas Norris achieved podium finishes early in the season and came close to winning a Grand Prix.

So, what do they have in common?

Adaptability. Both have demonstrated this – Russel publicly rating it as a trait of a great driver and then delivering the same with his one-off substitution for Hamilton in Bahrain. There he jumped straight into the Mercedes and boom! On race day he’s “on it”.

Norris’s demonstration was a little more subtle. He also talks about adapting his driving style to suit the car. Based on his teammate’s performance versus his own, it would suggest he not only talks the talk  but also walks the walk. In terms of confidence, I feel both Russel and Norris are on a high, however, I think George has the biggest challenge in maintaining it.

Few have fared well as a teammate of Lewis Hamilton. He tends to intimidate by always being able to find another couple of tenths in qualifying to pip his partner to pole without appearing to try. Enough to demoralise even the most optimistic of personalities.

If anyone has demonstrated fortitude in the face of adversity in recent years, it is Pierre. Summarily “dissed and dismissed” by Helmut Marko who relegated him to the “B” team. He came back to take victory at Monza in 2020 and consistently outperformed his car throughout 2021.

So much so that he made Marko look a bit of a “numpty” for dropping him in the first place. Especially when the latter started to berate the A team to find some time in the car for Verstappen as Gasly was only 2 tenths behind him in the AlphaTauri! I can only hope he gets a car that is worthy of his achievements in 2022. Chapeau Pierre and bon chance! 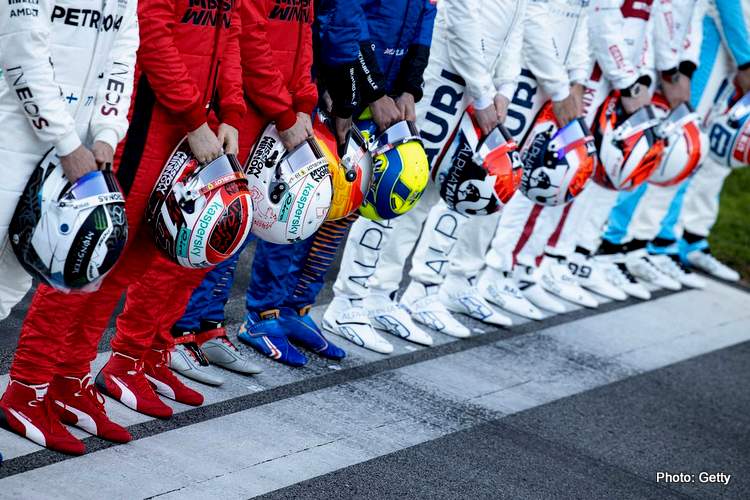 The Survivors: Quite a collection of drivers

We now come to the more uncomfortable part: the “Survivors”, those who will neither rise nor fall and the “Sliders”, as in move down the perceived driver order.

Firstly the “Survivors”: Carlos Sainz, Checo Perez, Charles Leclerc, Sebastian Vettel, Esteban Ocon, Valtteri Bottas and Fernando Alonso. Quiet a collection here which is to be expected and a group that is made up of more “hunch” than evidence.

Some might question why Alonso is not in with the “Thrivers”. Whilst I think he is the best “dogfighter” on the grid in a race, I’m not convinced he excels in the adaptability stakes. This is an opinion based on the last significant change experienced in F1 car dynamics – 2007 with the new four compounds Bridgestone tires.

Essentially, there was quite a drop in grip from the previous season, something Alonso was publicly unhappy about and pushed for the return of competition in supply. His teammate at the time, a young Lewis Hamilton seemed to fare better in getting on top of the situation, hence my conclusion.

Alonso is an awesome driver and still displays his World Champion pedigree. I may well have judged him unfairly here and there is nothing I would like more than to see him on top of the podium, flying the flag. If Ross Brawn’s predictions bear the promised fruit of closer racing, his ability as an out and out wheel to wheel racer could quickly move him into the “Thrivers” category.

Leclerc needs to come out of the box focussed

Ferrari’s ‘Number Two’ driver Carlos Sainz upset the pasta dish by finishing ahead of Charles Leclerc in the Championship. At the beginning of the year, Charles was the new “Red Hope” and looked like he was going to deliver for the Tifosi, but it was not to be.

To make matters worse his teammate got into his stride while Charles was scratching around in his talent bag to pull out something big. I can’t help but feel he lost his focus. Rather than trying to work out what he needed to do to get more out of the car, he instead, just tried to drive faster. Experiencing diminishing returns as a consequence.

Leclerc is a real talent that needs to reacquaint himself with his mojo. If he does, I’m sure we will start to see him at the front again. Meanwhile, from a confidence perspective, Sainz must be flying high and will be difficult to overhaul.

Leclerc needs to come out of the box focussed if he doesn’t want to become Number One with a small “n”. 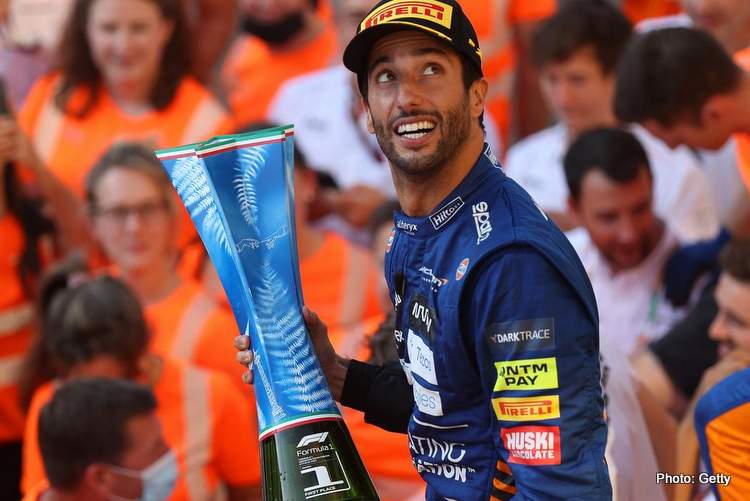 The Sliders: Daniel Ricardo and the rest…

One of the nicest guys in F1, Ricardo had the worst possible start to 2021 culminating in being lapped by his teammate at Monaco. He seemed to be all at sea with the McLaren while Norris in contrast, seemed to have it tamed and working.

A win in Monza went some way to improving his outlook and while he closed the gap on the young 22-year-old, he consistently failed to beat him in qualifying and the race.

The “Honey Badger” publicly spoke about his struggle to adapt his style to the needs of the car, something that will be critical in 2022 and the reason why I think he will find it a challenging year once again. As for confidence, well I think that might be in short supply at the moment.

If the season doesn’t start well, it could go further downhill. I hope I’m wrong here and that Daniel bounces back. Last, of the late brakers, he deserves to be more successful. Fingers crossed.

If you’re wondering why I have left some of the drivers out of the mix it’s because I see no change in their current position. For those I have predicted success for; I sincerely hope I’m right and for those, I didn’t; I genuinely hope I’m wrong.

Much depends on the machinery they are provided with, and we’ll have a better idea when the teams take to the track for Qualifying at the season opener in Bahrain. I can’t wait to see who the top three will be in Parc Ferme on Sunday 20 March!