Alpine: The feedback from Fernando was good 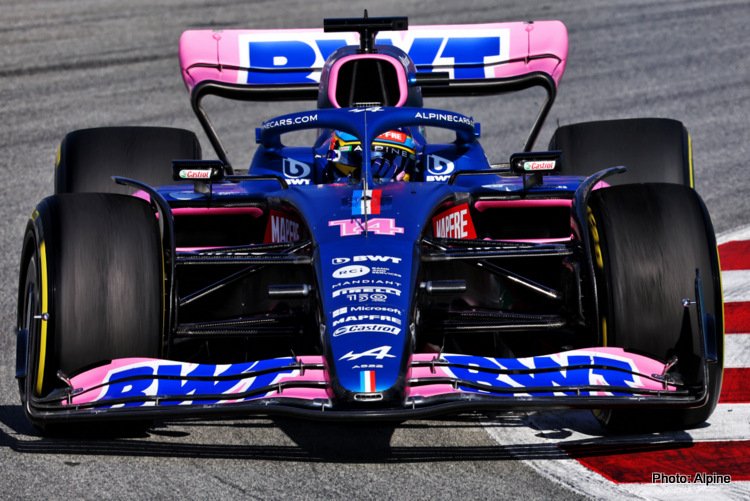 Now that Kimi Raikkonen has retired, Fernando Alonso at 40 is the oldest Formula1 driver on the grid, but that did not prevent him from being one of the busiest on day one of preseason testing in Barcelona.

The double F1 World Champion completed 127 laps on his homes circuit, finishing eighth fastest in the process; only Red Bull’s Max Verstappen completed more laps on the day with 147 on his chart.

The Spaniard ended the day eighth fastest with a best effort of 1:21.746s, a couple on tenths shy of the top time set by McLaren’s Lando Norris.

Neverheless, Alonso was happy with the first day and said in the team report: “It’s good to be back after such a long wait. We’ve spent a long time preparing for this moment at both factories and in the garage, a lot of hours have gone into this moment.

“The cars are very different to last year and we need to adjust to a lot of new characteristics. We still have a lot of work to do but this is why we are at testing. We completed some good mileage and our reliability has been quite strong for the first day of testing.

“Mileage and reliability is more important than performance in testing, so overall we’re quite pleased with the first day in our new car,” added Alonso.

The team wrote in the same report: “Following 69 days without Formula 1, Alonso drove the A522 in anger for the first time as he completed 129 laps of his home track, powered by an all new RE22 power-unit.

“Amidst the excitement, the team still has a lot of work ahead to be as best prepared for the start of the season in Bahrain in just under a month’s time,” added Alonso:

Alpine tech boss, Matt Harman summed up: “We’re very pleased with our lap count with 129 laps completed. We did have one or two issues to solve, which we were able to rectify quickly and that’s shown in our high lap count.

“The feedback from Fernando was good, he commented on overall balance and had good responses to different set-up ideas and tyre options. We did a lot of pre-validation work prior to arriving in Barcelona.

“That said, we had a few things we wanted to check and validate further, which is the aim at days like this. It’s been an impressive day for the team, a great milestone in the journey of the A522 and we’re looking forward to seeing Esteban in the car.”

Ocon will take to the cockpit on Thursday for his season debut and continue the team’s winter preparations in Barcelona.