McLaren’s MCL36 runs for the first time in Barcelona 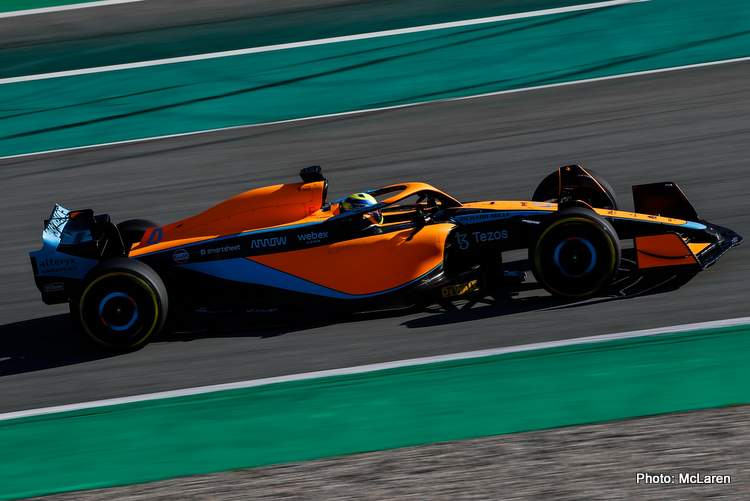 McLaren gave their 2022 Formula 1 car, the MCL36, its first track run today at the Circuit de Barcelona-Catalunya, the second new F1 car to run their after the Haas VF22.

The Woking-based outfit launched the MCL36 on February 11, but waited until they arrived in Barcelona in preparation for the first pre-season test session at the Spanish venue to give their new car a shakedown.

Lando Norris, who has recently signed a contract extension with the team up to the end of 2025, was the first to steer the new car out of the garage with Daniel Ricciardo present as well.

McLaren missed out in third in the 2021 Constructors’ Championship, as Ferrari beat them to it after a midseason surge from the Italian team, but the team has achieved some high points, namely their 1-2 at the 2021 Italian Grand Prix, as Daniel Ricciardo lead Norris home to secure the team’s first win since 2012.

The team has been on an upward trajectory for a while now, with Andreas Seidl at the helm of the F1 team, as McLaren CEO Zak Brown is providing all the support the German needs to push the team forward.

The team will definitely be looking to capitalize on the new 2022 aero regulations in order to break into the top of the grid, as Daniel Ricciardo – who despite winning in Italy last year – would be targeting a more competitive season with his second year with the team after notably struggling in last year’s MCL35M.