Horner: So much pressure put on removal of Masi not right 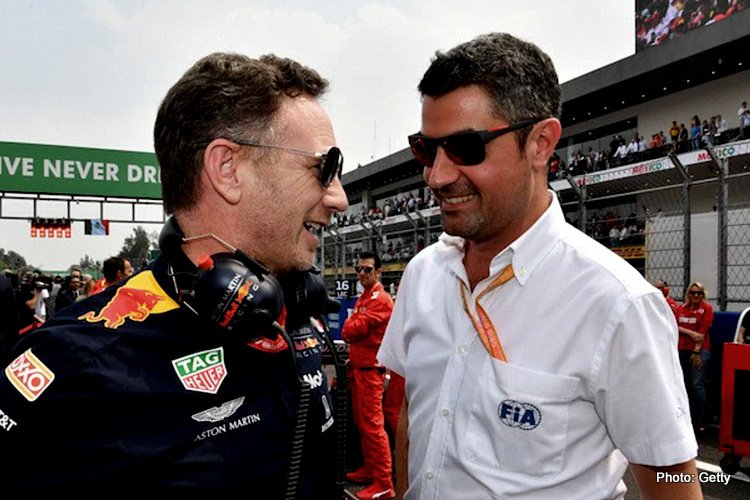 Red Bull boss Christian Horner appears to be in the camp that believes Michael Masi was made the fall guy for the Abu Dhabi Grand Prix debacle but acknowledged that the FIA was faced with some tough calls to ensure more effective Formula 1 race direction and officiating in future.

The Masi story has been harped on and well-told, over and over since the final night of an epic season, supposedly ending last week with FIA President Mohammed Ben Sulayem announcing Masi’s axing and the appointment of WEC’s Eduardo Freitas and DTMs Niels Wittich to be the two race F1 Race Directors in the Australian’s place.

In the wake of the changes, few drivers can be found who had a bad word to say about Masi, the consensus being he was overwhelmed by the perfect storm of officiating chaos, allowed by the FIA under Jean Todt at the time, that gathered steam throughout an incident-packed season until Yas Marina’s last lap farce was the straw that broke the camel’s back.

At the same time, most of the F1 world have applauded the changes brought in under the new FIA president, as well as the two new experienced men at the helm.

Horner: There was so much pressure put on the removal of Michael and that’s not right

Speaking to TalkSport, Horner seemed sympathetic to Masi’s plight: “It’s a difficult one. It’s the FIA’s business. I think it is harsh, I think he was in a very difficult position last year. We felt a lot of the decisions went against us last year.

“When you look at what he has at his disposal in terms of resource, compared to what the teams have, it’s such a massive difference.

“It’s good to hear they are bringing in things like the VAR equivalent and one of the most experienced guys in Herbie Blash. I just think there was so much pressure put on the removal of Michael and that’s not right. That’s my personal feeling.”

Looking back on the final five races that topped an epic season, Horner revealed: “It was an intense period. You have to look at the season over the 22 races. We had a lot of decisions go against us earlier in the year and penalties that weren’t awarded and so on.

Tactically we got it right. Max delivered the move and became the world champion

“We got a little bit lucky at the end and sometimes that happens in sport, it’s not over until the whistle goes or the flag falls. Tactically, we were sharp at the end. When the crash came five laps from the end we reacted immediately.

“We got Max in, pitted him for a new set of tyres, Mercedes left Lewis out on what was 44-lap tyres at the end of their life. Max had to make that pass on the last lap, which he did. There has been some hiding around the controversy.

“The bottom line was that tactically we got it right. Max delivered the move and became the world champion,” added Horner.

As for the unthinkable, the result being reversed or annulled, Horner is sure this won’t happen: “It’s done. He didn’t actually do anything wrong in accordance with the rules. It’s a bit of a smokescreen as when you look back at the race, Mercedes had two opportunities to pit.

“There was a virtual safety car and then there was a safety car. The driver was asking to pit on both occasions and they left him out. That’s what exposed him at the end of the race. Tactically we got it right and it’s those small margins,” explained Horner.

While Verstappen did the deed by claiming his first title and Red Bull’s first title since Sebastian Vettel won in 2013 for them. Mercedes won the 2021 F1 constructors’ championship.