Hamilton: Hopefully everyone will see the FIA report 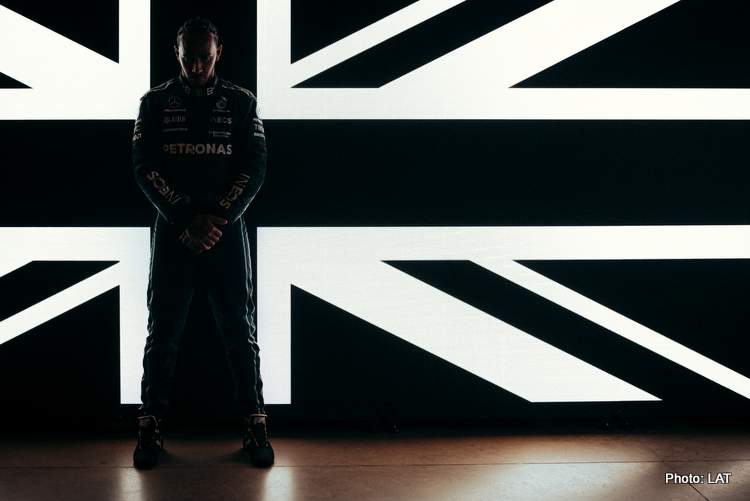 The FIA have announced a raft of changes in the aftermath the 2021 Abu Dhabi Grand Prix last week, and Lewis Hamilton hopes the detailed investigation report – to be revealed on March 18 – can be seen by everyone.

The major outcome from the the FIA decisions announced by its President, Mohammed Ben Sulayem, was the removal of Michael Masi from his role as Formula 1 Race Director, to be replaced by Niels Wittich and Eduardo Freitas, who will act alternatively as race directors and are set to receive the support of the long-serving Herbie Blach as permanent senior advisor, in addition to putting several support mechanisms in place to assist the Race Director role.

However the full report of the FIA investigation is yet to be released and is scheduled for March 18, with Lewis Hamilton, the ‘aggrieved’ party of the mess that went down in Abu Dhabi back in December admitting he hasn’t seen it yet.

Hopefully the report will be available for all to see

“I’ve not seen it. I didn’t think it was out yet,” he told the media. “I’m excited to see the results from that report. I think hopefully everyone will get to see it, and to have perhaps a better understanding of everything.

“I think ultimately, like everything, it’s down to understanding where we’ve been, so we can move forwards in a positive light,” Hamilton explained.

Previously, just after Ben Sulayem announced the changes, Hamilton explained his satisfaction that the FIA has taken action.

“Whilst we can’t change the past – nothing will ever really be able to change the way… how it felt at the time and how I feel about the situation – it is good to see that the FIA are taking steps to make improvements,” Hamilton commented.

“I think accountability is key. We have to use this moment to make sure that this never happens to anybody else in the sport ever again.

“Everything that’s been said by the FIA, I welcome that, but we have to make sure that we keep a close eye on it and make sure that we actually are seeing those changes, and rules are applied fairly and accurately, consistently,” the seven-time World Champion insisted.

Time needed for Hamilton to rebuild trust in the system

Hamilton went on to imply that he hasn’t fully regained his trust in the system, and that these matters require time, but nevertheless sees the FIA actions as a step in the right direction.

“I probably put faith and trust alongside each other, and so trust can be lost in a blink of an eye or click of a finger,” he admitted. “To earn trust is something that’s built over a long, long period of time.

“Whilst I didn’t see that coming, this first announcement is perhaps the first step of that, but it doesn’t necessarily change everything just yet. We have to see actual action and I think it’ll take a bit of time.

“But I’m not really focused necessarily on that area at the moment, I’m just putting absolutely every ounce of my energy and time into making sure that I’m the best you’ve ever seen,” the Briton maintained.

Hamilton gave the media – at the launch of the 2022 Mercedes F1 car, the W13, last Friday – a bit of a flashback at what he experienced after the 2021 Abu Dhabi Grand Prix ended with him losing the Title to Max Verstappen, claiming he didn’t need to re-watch the race to remember what happened.

“I absolutely didn’t rewatch the race,” he said.  “The experience was something that was very clear in [my] mind and, of course, it replayed in my mind quite a lot in the coming weeks after the race.”

“I don’t remember what I said to Max. It’s all a bit of a blur after that,” he went on. “I’ve not revisited it.

“I don’t particularly want to go backward, I want to look forwards,” he insisted.

Hamilton has now tasted how his new W13 feels like after driving it in the team shakedown in Silverstone shortly after its launch, and the next step will be pre-season testing in Barcelona between March 23 and 25.

Back on track this week in Barcelona. 👊 pic.twitter.com/YsWszvI3r7