Hamilton’s first lap in the Mercedes W13 at Silverstone

It did not take long for Lewis Hamilton and new teammate George Russell to get the newly launched Mercedes W13, the pair taking their 2022 Formula 1 challenger to Silverstone for as much of a shakedown as the wet weather allowed.

Nevertheless, it is always a big occasion when a new F1 car fires up ahead of a season, the roar of the car starting up in the garage, and then rolling out onto the pitlane for the first on-track laps signals the real start to the new championship year.

Hamilton rolled out of the Silverstone pits shortly after the World Champions launched the new car, with team principal Toto Wolff and his drivers introducing their car online on Friday.

The weather in Europe at the moment is ferocious, thus no meaningful running even in the allocated ‘Film Day’ restrictions and conditions. 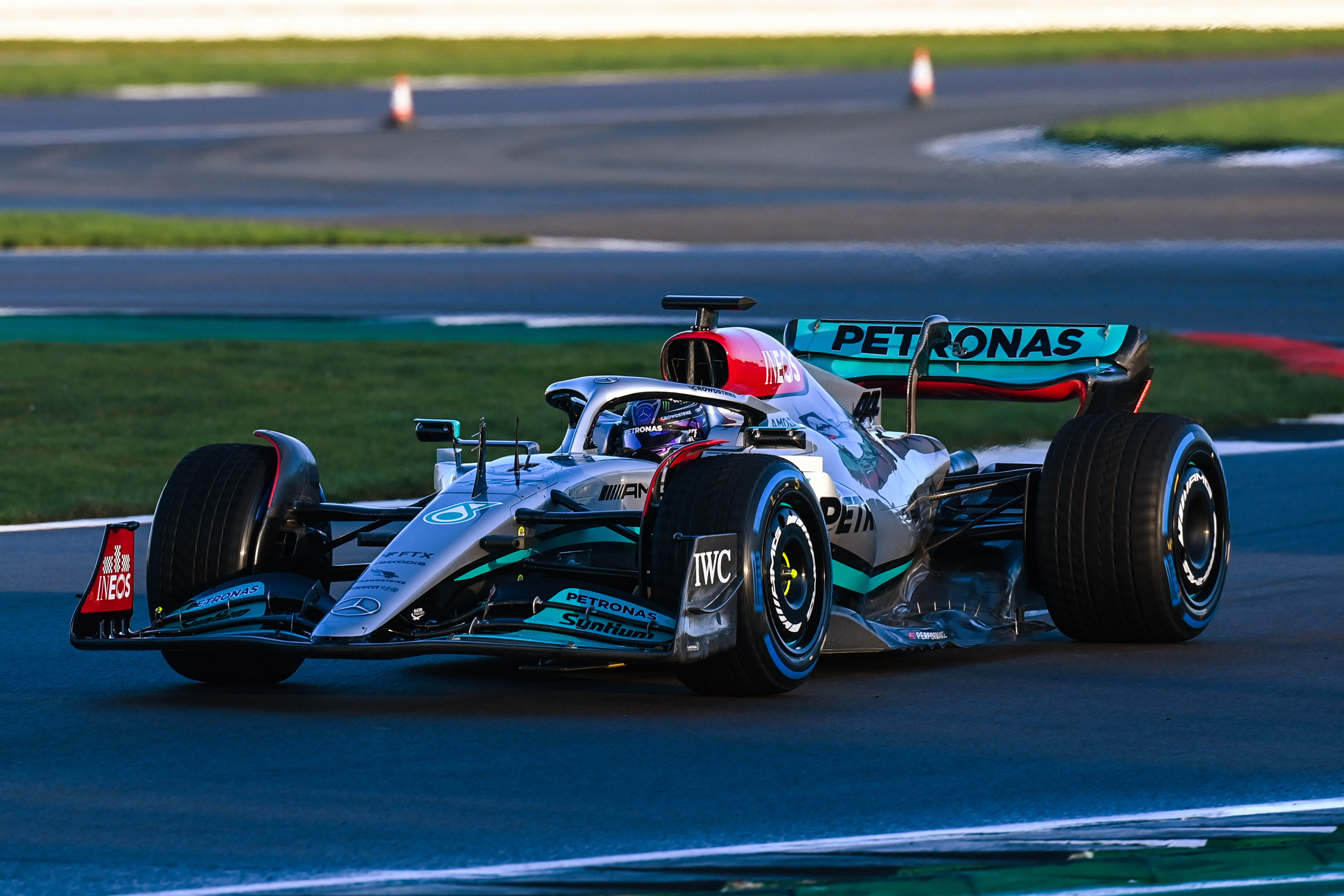 Wolff: Our colours going forward will be silver and black

Notably, the cars were back to Silver after a couple of seasons in Black; Wolff explained the rationale behind the decision: “The black livery was a clear intent and a clear demonstration of our mission to become a more diverse and inclusive team.

“It has become part of our DNA, but the silver colour of the Silver Arrows is as much our DNA, it’s our history. As a team, we have grown from the Silver Arrows to slowly becoming a more diverse and inclusive team and therefore our colours going forward will be silver and black,” explained Wolff.

The Mercedes W13 will next appear on track for the serious business of preseason testing – only six days altogether means a very busy period ahead of the season-opening Bahrain Grand Prix –  from 23 to 25 February at Circuit de Barcelona-Catalunya.

Yeah. This is going to be a fun year. 👌 pic.twitter.com/qPnyr6Uuss