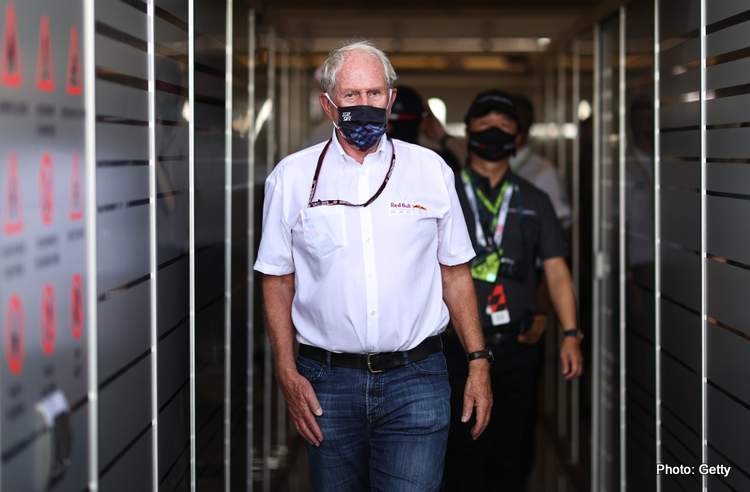 Helmut Marko believes the 2021 Abu Dhabi Grand Prix fiasco was not down to Michael Masi alone, as much as it was case of an overwhelmed FIA.

The latest meeting of the Formula 1 Commission came no closer to finalizing the fate of Michael Masi in the aftermath of the 2021 Abu Dhabi Grand Prix, and while many media outlets predicted that a solid result will be announced, the FIA announced that its newly elected president Mohammed Ben Sulayem will “publicly present news of structural changes and action plan in the coming days”, far from a final decision.

Dr. Helmut Marko believes that structural changes rather than personnel reshuffle are the key to find a long-term solution to prevent what happen in Abu Dhabi last year from happening again.

“The investigation is intended to make it clear that someone like Masi in such a situation (as in Abu Dhabi, ed.) is actually just taken by surprise,” he told Kleine Zeitung. “Even team bosses should not be allowed to interfere.

“A better solution must be found in the future. Everything must be clearer. I think they will try to relieve the race director a little more in his work, the Austrian predicted.

FIA overwhelmed with too few people

Marko believes that any person in Masi’s position will face difficulties doing his job, as he simply lacks the tools, with F1 teams being better equipped than the FIA.

“The bigger teams like us even have people in the factory who analyze every little thing about the car during the race,” Marko revealed. “The FIA ​​is hopelessly overwhelmed with too few people.

“Masi wanted to find a sporty solution,” he went on. “As is often the case with a phase behind the safety car, one is lucky, the other less so.

“In the American IMSA racing class, three laps are added to the race in such cases, making it all take a little longer,” the 78-year-old explained, before admitting that the same cannot be implemented in F1.

“That is not possible now, we now charge every gram of petrol. Unless you change this in the regulations: then each team has to decide whether they are going to take a risk and fill up with a few extra liters,” Marko added.