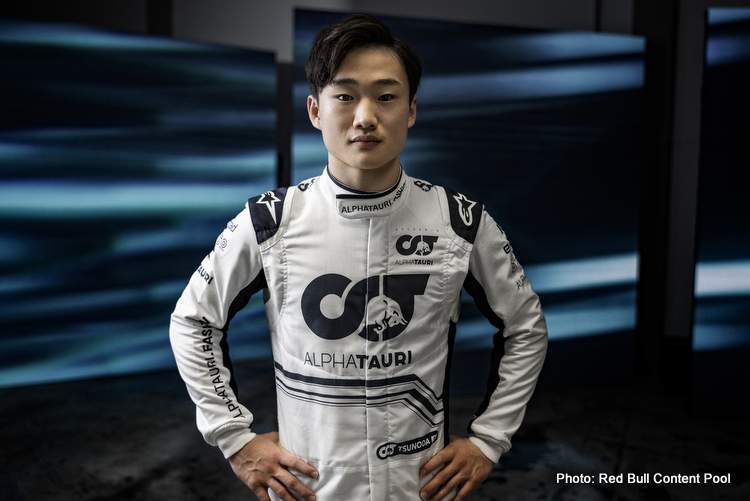 Yuki Tsunoda began his Formula 1 career in style and ended it in style but, in between, he was out of his depth too many times and a tad too wayward, he knows it was touch and go he would be sitting in an AlphaTauri this year.

But he is. It is fair to say Tsunoda exploded onto the scene from relative oblivion, clearly doing enough to convince Helmut Marko that he was the driver to partner Pierre Gasly at the Faenza based Red Bull junior team. After a stellar debut at the 2021 Bahrain Grand Prix expectations were high.

Thereafter it was a struggle, as he was nowhere near Gasly’s consistency despite bursts of prodigious speed and bent metal common. He bounced back with a solid seventh in Baku, a race of high attrition and in a similar fraught race in Hungary where he finished sixth.

In retrospect, it may have been a year or so too soon for the Japanese driver but then fourth in Abu Dhabi showed he can keep his cool when all others lose theirs. It was an important result to see him through the long winter.

At the launch of the AlphaTauri AT03 today, Tsunoda told reporters: “I ended last year well, with a fourth place in Abu Dhabi, so I want to carry that momentum into this new season. I feel more pressure to perform now than I did last year.

“It’s a good pressure, which is the motivation for me when I’m training. I’m really looking forward to racing again. I feel I have a much better understanding of what I have to do than I did a year ago.

“I know how to prepare in order to perform well. I know what my weak points are, I have all of my experience from last year to build on and I have been working hard to be ready.

“Last year, if anything unexpected or unusual happened, I could not adapt quick enough to deal with the situation, which is why I struggled in a lot of races,” added the shortest and youngest driver on the grid.

Looking ahead to the new 2022 F1 cars, Tsunoda – who has driven the AT03 on the simulator – senses a familiarity that may serve him well: “The car generally feels a lot sharper, with sharper movement and over a long run, the bigger wheels give you a completely different feeling to that on the old 13-inch tyres.

“I’ve experienced this feeling before because when I raced in Formula 2 we made the same switch to 18 inches and I felt the same difference there. It felt like a similar step.

“So I think I can use the experience I had in F2. But it’s not just the tyres that change this year, the new car means there are lots of changes for 2022 to learn about and adapt to,” added the popular 21-year-old.

But popularity counts for little in F1, it is a make-or-break year for Tsunoda who has the ‘game’ when it’s raised but without consistency, he has a fresh pool of talent in the Red Bull Young Driver Programme soon ready to graduate itching for that second seat at AlphaTauri.

looking to build on the strong pace he showed at the end of last year, @yukitsunoda07 is ready to hit the ground running in 2022!💪