Ricciardo: I hope we don’t get a headache driving the 2022 cars 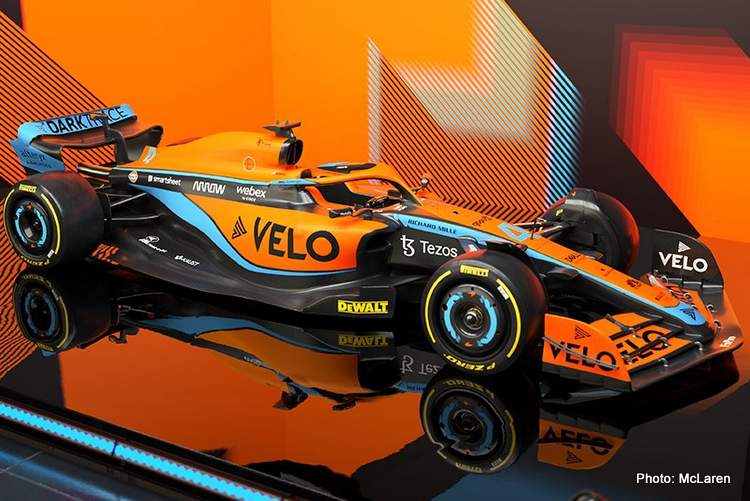 McLaren’s Daniel Ricciardo admits that the ride of the new 2022 Formula 1 cars could be worse than the previous generation, and hope the drivers don’t get a headache driving them.

With the all-new for 2022 F1 cars starting to break cover ahead of the new season, many questions are being raised about them, as they adopt a totally different aerodynamic philosophy, using ground effect to generate downforce which – along with the debuting 18″ low profile tyres – will cause the new cars to have a totally different handling.

McLaren unveiled their 2022 F1 car, the MCL36, on February 11 and Daniel Ricciardo was asked by Motorsport.com if he expected his new ride to be a handful.

“It could go two ways,” he said. “Race cars can be nice handfuls. If you look at IndyCar, especially on road courses, they are wrestling them all the time. For me it looks fun, but others might feel: ‘I can’t handle this!’

“I think the ride is going to be worse, but I hope it’s not that bad and we are literally getting a headache driving the car.

“Nobody likes trying to concentrate with a headache, but I am more on the happy/fun side, glass half full expectation of what it is going to be like,” the Aussie admitted.

The new cars will be more snappy

Aston Martin unveiled their new AMR22 one day before McLaren on February 10, and Sebastian Vettel, like Ricciardo gave his expectations from the 2022 cars, and told Motorsport.com that they are going to be more snappy.

“How that will be in combination with the tyres, how it will feel on the track, how the cars will be driven, I don’t know. At the moment we can only guess a little bit,” the German explained.

“We already heard last year at the test that the tyres change the driving behaviour a bit and that the limit zone is not so wide in that respect: that it is more in the middle of a sharp edge.

“So when the grip breaks off, you slide faster or lose the car faster in that sense. It takes more time to catch the car. We have to be ready to be surprised,” the four-time F1 Champion warned.

Vettel got a taste of his new AMR22 rather quickly, as his team had a shakedown of the new car at the Silverstone circuit, the next day after unveiling it.