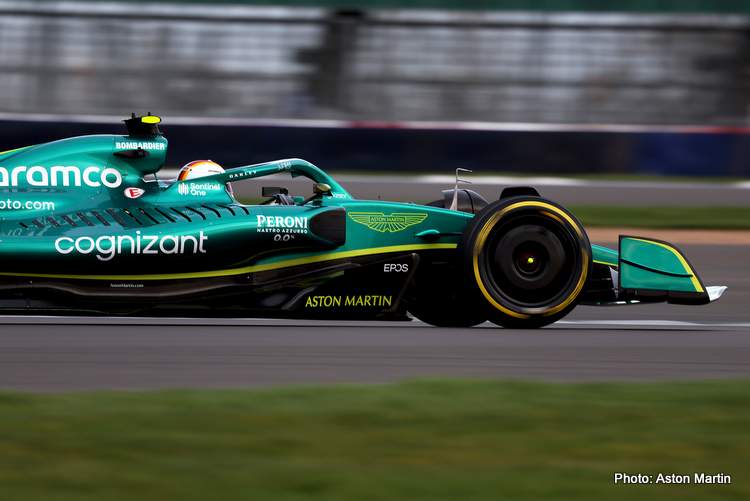 Former Pirelli boss, Paul Hembery, believes that Formula 1 should have made the switch into 19″ tyres instead of 18″, that are used in other racing series.

Hembery was Pirelli’s motorsport chief when the tyre company returned to F1 as a sole supplier in 2011, and led their return to the sport.

He was replaced by Mario Isola, the current F1 and Car racing chief at Pirelli in 2017, as Hembery took up a role with the company’s operations in Latin America.

Hembery spoke in an interview with RacingNews365.com, about F1’s shift from the long-serving 13″ tyres to the new low-profile 18″ ones debuting this season.

“On some levels, I was quite keen on the 13-inch tyres, because it gave Formula 1 cars a different look,” he said. “Possibly, it would have been more interesting to go to 19 [inches].

“There’s only one championship I recall that runs on 19, that’s Ferrari Challenge. So 18 is a little bit [the] same as existing championships. Maybe there was a trick missed there,” Hembery reflected.

The former Pirelli motorsport boss that F1 teams are now building their knowledge about the new tyres, as all previous data collected became irrelevant.

“The teams have got to throw away a lot of data,” he said. “They’ve got years of data of running the previous generation tyres.

“So they’re gonna have a lot of unknowns, how the tyres will react in real conditions. They’ve clearly got the simulators running and, judging from what I’m told, the performance of the package is probably faster and stronger than what anybody had envisaged when the rules were being made.

“That, in itself, shows you the ability of people in F1,” the Briton claimed.

Hembery hailed how F1 engineers always manage to work around challenges, always able to make the F1 cars faster even with new regulations.

“You think it’s a massive challenge, and then they start putting their brains to it,” he added. “Lo and behold, before we even start, they’re already thinking they’re not going to be so far off of previous times!

“It wouldn’t be a great surprise to see lap times not hugely dissimilar, certainly by the end of season, to what we’ve already seen in the last few years, which is a surprise on many levels.

“But that means the teams have adapted well to the new regulations in terms of the aero challenge, but also that Pirelli has also provided a tyre that’s got the grip levels of the historical product,” he explained.

Previous winners will be strong in 2022

“There’s a whole lot of areas there that the teams won’t yet understand,” Hembery said when asked about the predicted F1 pecking order in 2022.

“With no great changes to the power train, you would still expect strong showings from the last group of winning cars, so you’d have to expect Mercedes and Red Bull to be strong,” the 55-year-old predicted.

“Let’s see where Ferrari are, with having had time to digest the new regs and make a push after backing off, from the outside, for the last year.

“McLaren, as well, have been edging closer and closer to the top group. Alpine will be interesting, they have all the facilities, they’ve made huge investments into the Enstone setup. They’ve made changes to their structure and that’s obviously with a view to becoming one of the top runners.

“It’s always interesting when there’s a rule change,” Hembery went on. “As fans, we’re all hoping that the running order will be substantially disrupted.

“That’s no disrespect to Red Bull or Mercedes, it’s just as a fan, you just want to see something a little bit different, even if you can obviously respect the quality of work that the top teams provide!” he concluded.

Pirelli have celebrated their 150th Anniversary back in January, with the company entering its 12th year as F1’s sole tyre supplier in 2022 since its return in 2011.