F1 merchandise… who has what right now 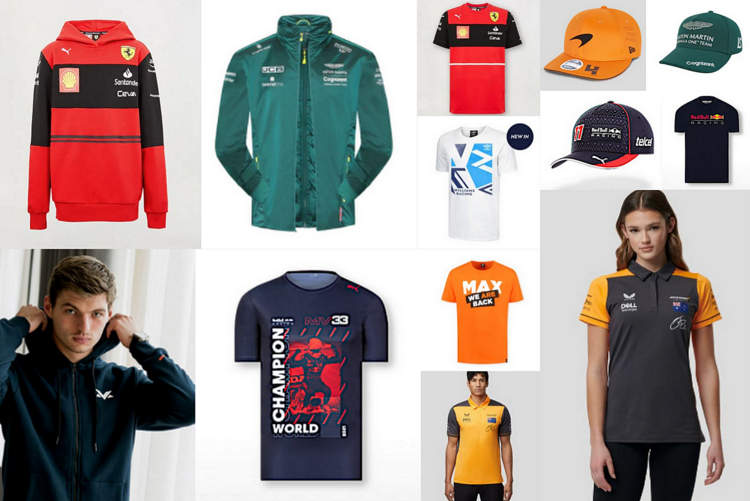 All F1 teams have online stores where fans can buy the latest team replica kits, caps, t-shirts, sweaters, hoodies and the like for their followers. However, probably outselling everyone’s merch in the paddock put together is Max Verstappen.

Here is a quick run through of who has what available right now from the various F1 online stores. This is what is out there:

Notably, Ferrari were out of the blocks with their early range weeks before the 17 February launch of their 2022 car, with the Italian team using their drivers Carlos Sainz and Charles Leclerc modeling some smart 2022 replica kit already available through their online store.

The new Puma badged kit shows the team’s returning sponsor Santander, including the main partners whose branding will feature on the Ferrari F1-75. The prominent black stripe across the garments is a standout feature of the 2022 kit, which reportedly is the highest selling of all teams. 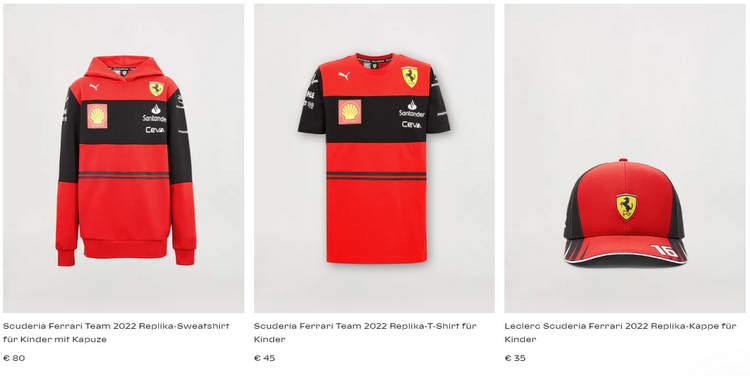 Aston Martin F1 team have arguably the coolest looking kit, stylish, and the green is just ready to be painted around circuits by fans should they become a winning force. No surprise there, as billionaire owner Lawrence Stroll made his fortune in the leisurewear business.

The team he resurrected is clearly appealing to a high-end market with the official team 3-in-1 jacket coming in at an eye-watering 424-bucks while their caps are almost ten euros more than their rival teams.

But it is clearly quality merch they are peddling and looking like the smartest range for this season so far. 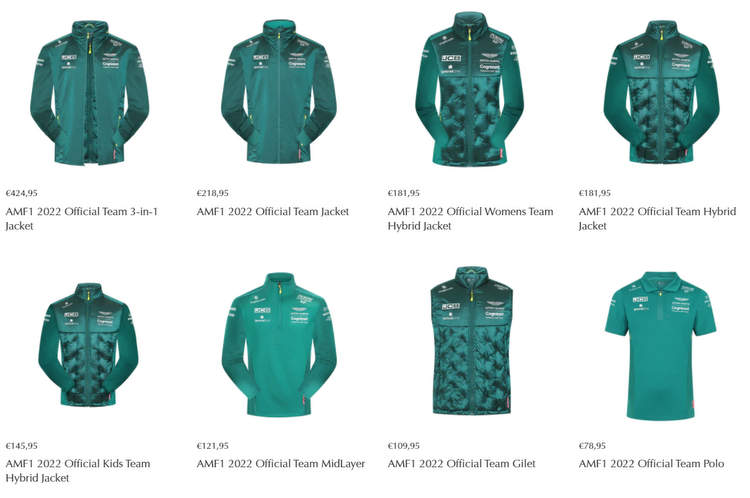 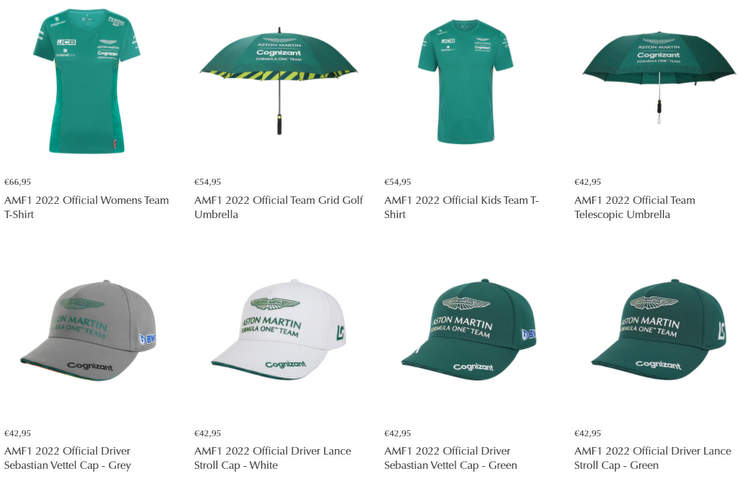 Coinciding with the early launch of the McLaren MCL36, the Woking team released their range of stylish 2022 team and fan wear.

While Orange is a common sight at circuits across the globe, alas that does not signal huge McLaren fan support but rather they are Verstappen’s Orange Army.

Fast rising star Lando Norris and veteran Dianiel Ricciardo are tasked to ensure that Papaya Orange replaces the Dutch Orange in the grandstands by winning more frequently, with the one-two at Monza a sure way to win the Orange-merch war.

McLaren have not been shy with pricing, their caps almost 20 bucks more expensive than what their rivals are offering.

No surprise there, as at whatever Grand Prix, the sea of Orange is a sure indicator where the big F1 merch money is going. Verstappen was coining it long before he became World Champion, now that he bagged his first title expect the demand to skyrocket, boosted by the boom in F1 popularity induced by Netflix and social media.

Interestingly, Verstappen replica kit and trinkets are also available through Red Bull Racing’s online store, where you can buy Checo Perez caps from last year but no Verstappen ones, which instead can be found on the Dutchman’s dedicated online shop.

Red Bull and Max Verstappen have separate shops, but do share certain garments across the online sales platforms. However, with the Red Bull launch done there is little sign of new merch in either shop, except Verstappen’s store where his 2022 mini-helmet is available already available. 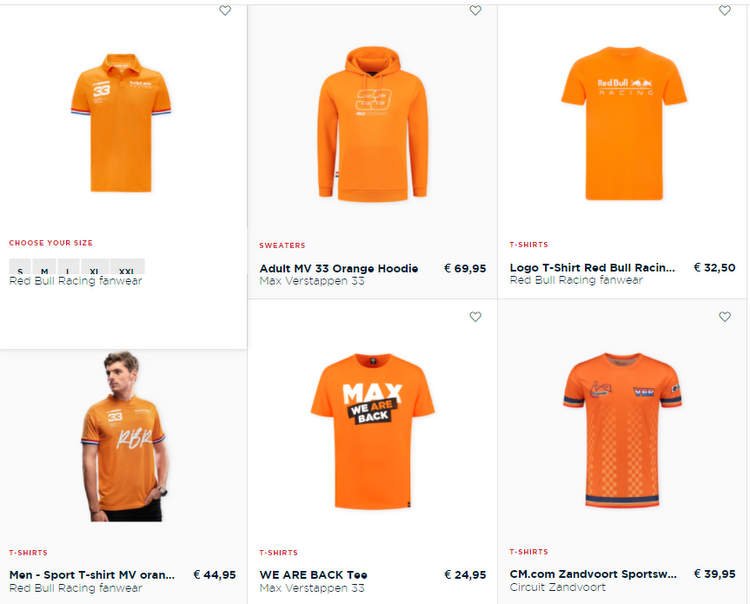 The Red Bull Racing store is having a sale of their old merch, with the new kit set to be available before testing. For now get the old stuff at a drop down rate!

In the team shop Sergio Perez gets a look in along with Verstappen, the Mexican attracting big business for the team’s merch in his homeland, ahead of the race at Autodromo Hermanos Rodriguez.

The American team were first to launch but their online F1 merchandise stock remains from 2021 for Mick Schumacher and Nikita Mazepin fans.

The reigning Constructors’ World Champions have yet to unleash their 2022 team replica range, but if you read the fine-print you can get last year’s kit at a whopping 50% off on their winter sale.

However you can get yourself an exclusive George Russell graphic T-shirt while you wait for the team kit to become available, most likely closer to the 2022 Mercedes launch on 18 February.

No sign of 2022 kit in the official Williams online store, but for last year’s merchandise; George Russell’s 2021 Williams kit could do well on eBay should the new Mercedes driver fulfil expectations of him alongside fellow Briton Lewis Hamilton. At 25% off it may well be money well spent in the long term.