Verstappen: No difference starting the year as the champion 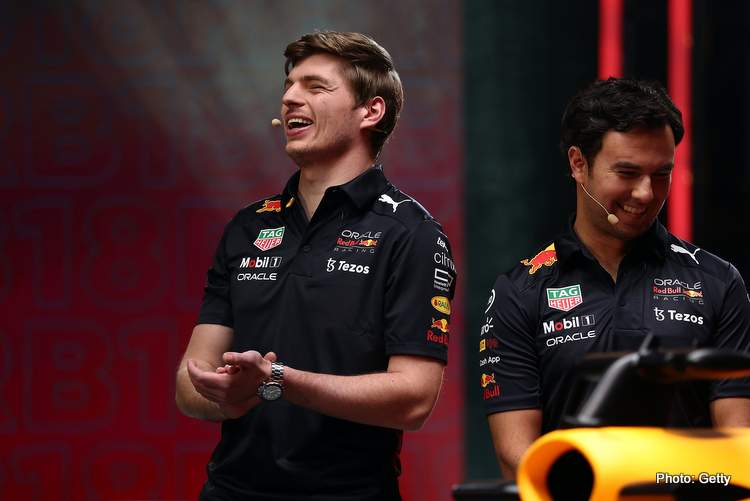 Reigning Formula 1 World Champion Max Verstappen is looking forward to getting acquainted with his new-look 2022 Red Bull RB18 that the Dutch ace hopes will help him defend his crown.

“A lot is unknown about the car,” said the 24-year-old, standing alongside teammate Sergio Perez, at the launch of his new RB18 unveiled virtually on Wednesday.

“That’s why I’m also very curious to see how the car is behaving on track. I’m really looking forward to that first moment when you drive out of the pit lane and do the first few laps.”

Verstappen, who has driven the car on Red Bull’s simulator, said it had less grip than the previous generation of F1 challengers. However, he still remains the favourite among carefully reviewed betting websites which tends to tell the real tale of the expected pecking order.

But he said the view from the cockpit was the biggest change to get used to: “For me, actually, the biggest thing is just the view in the cockpit with these big tyres. To hit an apex in some tight corners is a bit more difficult.”

Asked if he feels a greater weight of expectation now that he is World Champion, Verstappen replied: “No, I just do what I do all the time and there is no reason to suddenly be different.

“With the new regulations you have to get used to the car and that is going to be the biggest adaptation, but the rest is pretty straightforward.

“It doesn’t feel different starting the year as the champion. Personally, I feel good and what is important is you prepare yourself in the best way physically. I am curious to see how the car is performing on track. But I had a good time off and I am recharged to start driving again,” added Verstappen.

Ready to send it 🔥 Bringing in a whole new era of #F1 with our fans 🤘 pic.twitter.com/jtpBptQmCJ

The changes include a prominent display of Oracle branding on the car, with the software giant expanding its partnership with the team to become its title sponsor.

The car will no longer carry Honda stickers, with the Japanese manufacturer having officially pulled out of the sport. Instead, it now features smaller HRC (Honda Racing Company) branding, to reflect Red Bull’s scaled-down collaboration with the Japanese company.

It also sports the ‘number 1’ with Verstappen becoming the first reigning champion to swap out his personal number for the world champion’s digit since Sebastian Vettel in 2014.

Team principal Christian Horner described the rule changes as the biggest in 30 years.

Repeating last year’s title success for Verstappen, who fought a down-to-the-wire battle with Mercedes rival Lewis Hamilton before clinching the title in controversial circumstances at the Abu Dhabi finale, would be the biggest challenge, he added.

“We’ve got massive competition out there, but motivation is sky high, and we’re riding on the crest of a wave from last year,” said Horner.

Teams will get their first taste of pre-season running in at Circuit de Barcelona, the Spanish Grand Prix venue, from 23 to 25 February. The F1 world championship season is scheduled to get underway in Bahrain on March 20. (Reporting by Abhishek Takle)