Verstappen: I am not going to finish second 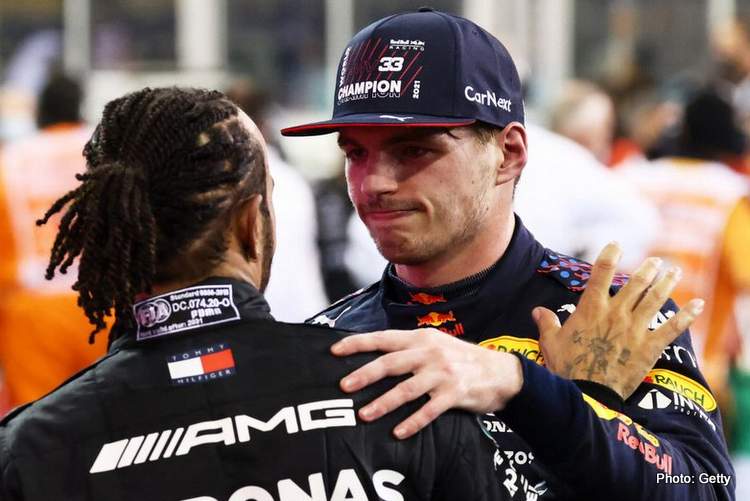 Two months since he was crowned 2021 Formula 1 World Champion, Max Verstappen has come out in a lengthy interview recalling the Abu Dhabi Grand Prix, his mindset during the race, after it and now after it has all sunk in once and for all.

So much has been written about that night at Yas Marina Circuit. What was supposed to crown one of the greatest Formula 1 seasons in ages, turned into a farce which did neither Verstappen nor Hamilton any good; the Red Bull ace deserved a better final episode to his well-deserved first world championship title; the Mercedes superstar did not merit losing in such an unsatisfactory way. Neither got it through no fault of their own.

Speaking to the Guardian this week, Verstappen was asked to recall a race that he set out as favourite to win, lost it, won it and nearly lost it again in the space of a crazy final ten minutes of an epic season: “What was going on in my head?

“I was like: I need to overtake him. There’s only one option here. I’m not going to finish second,” insisted Verstappen before explaining his daring ambush to take the lead that night: “I tried to be really on it with the restart. It was all working well until I crossed the line and started to feel cramp in my leg.

“It’s one of the most painful things that can happen because you’re going full throttle for a long time. You feel the muscle clenching and becoming like a tennis ball. Of course, the adrenaline helps because, if it were to happen when you’re just walking around, you cannot move.

“It’s impossible. But there was no option; I had to. So I was just keeping it full throttle and I could feel my leg hurting more and more. Luckily, turn five arrived and I went for the move. I had like three seconds off throttle,” which he first revealed immediately after the race on 12 December.

Verstappen: One more lap and I couldn’t have finished the race

“You then have two very long straights and, on the second one where Lewis came back at me, I could feel my foot vibrating. I couldn’t control it because the muscle was having a spasm. If you go back over the data you will not see a very smooth throttle input. I was screaming on the radio but the whole lap my foot was going like that.”

“It was completely done. One more lap and I couldn’t have finished the race like that. The stress levels were so high in the final lap that probably your body reacts to that. But you cannot give up.”

On the night, once Verstappen, on fresh tyres realised Hamilton, on much older rubber, was in trouble, it was just a matter of time before the Red Bull would pounce for the lead. When? Was the key question for that one lap sprint that the 22-race season turned into.

That’s when Verstappen brilliance stunned everyone including father Jos who knows his son’s thinking better than anyone: “I knew I had more grip so I was like: ‘I’m going to surprise them on that corner.’ Even my dad didn’t expect me to do it there. These kinds of things make the difference. But two long straights were coming up.”

That last lap duel between Hamilton and Verstappen, cars rubbing wheels as they grappled for the Title to the very last will go down among the most epic newsreels of the sport.

Max continued:  “I couldn’t believe it, especially after the whole race when everything looked like it was not happening. Suddenly your emotions swing 100% the other way. So crazy. It’s what we had worked for my whole life, it was always my dream.

“Once you cross the line you realise you finally have it. I jumped out of the car and all the mechanics and my dad were running towards me, I thought he could die because it looked like he was about to have a heart attack. He was so pale, it was incredible. His skin colour was definitely not healthy.”

What was said between father and son? “Like… We did it!”

As for Hamilton’s immediate response in the glittering Yas Marina parc ferme, Verstappen said: “I only saw him quickly, when we took our helmets off, and I think it was: ‘Congrats, man.’ I don’t even know the words anymore. But it was nice of him, of course, to immediately come over.”

But Mercedes and Hamilton were deeply aggrieved, a protest was filed as their driver went off the radar until recently. The night dragged on until it became a week before Toto Wolff’s team withdrew the protest.

Verstappen recalled: “Not that it could be taken away from me but just it was dragging on. That whole night we were waiting and then the result came out.”

Asked if he felt compassion for his defeated rival, Verstappen did not mince his words: “For me, it’s difficult to picture myself in that situation, because I’m not a seven-time world champion.

“If I was already a seven-time world champion it hurts a bit less than when I am fighting for my first, leading all the way, controlling it all the way, and then losing it on the last lap. That would be way more painful than already having seven in the bag.”

As for Hamilton’s pain, Max had little sympathy: “Just look back on the seven you have. I don’t think it’s so bad, is it?”

As for the Abu Dhabi controversy diluting his achievement, Verstappen insisted: “Not at all. I had a very good season and I think I really deserved it. I have been really unlucky as well. People always remember the last race.

“If you look at the whole season, the championship should have been decided way earlier,” added the F1’s 34th World Champion.