Parc Ferme: Another Final Word on the Masi affair 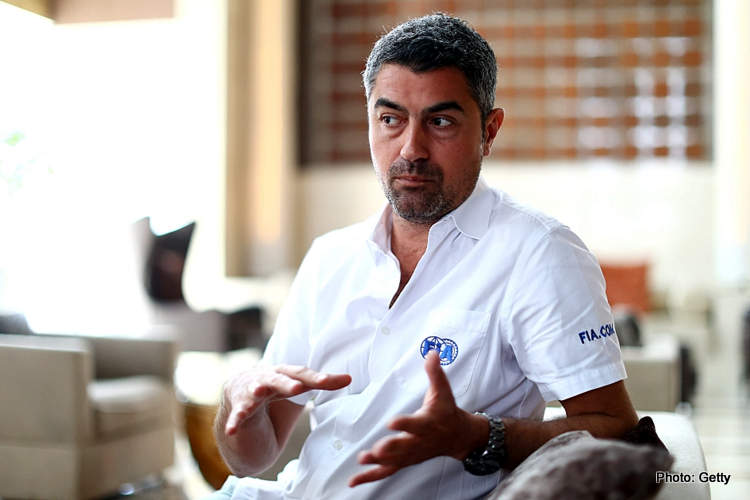 It was always going to be a tough act to follow for Michael Masi, after all, Charlie Whiting had been Formula 1’s undisputed Race Director for almost 22 years.

With his “institution” like status and vast experience, the decisions he made were always respected if not entirely welcome by the recipients. For much of his tenure, he remained anonymous to people outside of the sport, although in later years his fame grew as the interest around F1’s personalities started to extend beyond just Bernie, the drivers and Team owners.

Not known for his mentoring skills or succession planning, he didn’t appoint a deputy(s) until 2018. So, when Charlie passed away suddenly, three days before the season-opening race in 2019. The deputy – Michael Masi, was the recipient of a rapid “field promotion”.

All sounds quite logical until you realise that before 2018, Masi’s experience as Race Director was limited to Australian Supercars and rallying – not exactly the global cauldron of politics and pressure that is F1.

On top of this, his experience as Deputy Race Director under Charlie was an alternating affair between Scott Elkin of Formula E fame and himself. The reality of the situation then, was he only got half a season of F1 experience in this capacity before being anointed.

Unfortunately, or fortunately (depending on your point of view) there was no one else in the frame for the job at the time, and so he emerged blinking, into a role with a very bright spotlight. The words “lamb” and “to the wolves” would not have been out of place when describing his newfound situation.

With Liberty Media in charge, we can speculate that generating more “drama” around F1 was an obvious strategic choice for extending its fanbase.

An objective that no doubt resulted in the decision to broadcast some of the interactions between the Team Managers and the Race Director during the racing. I can’t imagine Charlie ever letting this idea gain altitude, especially as it ended up revealing one of the lesser-known facets of the Race Directors job i.e., offering penalty options to a Team.

Viewers were shocked when they heard him [Masi] “horse-trading” with Red Bull over Verstappen’s grid position (following an infringement) before one of the many restarts of the Saudi Grand Prix. The essence of which was “give up the front row position for the start ‘medicine’ or open the ‘Stewards box’ and see what’s inside that?”

As a defence, this approach can be very useful when trying to keep things moving. Especially when there have been multiple stoppages in the race. Remember there are programming schedules to be met!

However, there is no way the teams should have a direct line to the Race Director during a race. He [the Race Director] needs to be focussed on what’s happening on the track, not having to field truculent questions and directives from headset tossing Team bosses.

Additionally, from a TV perspective, Michael does not seem armed with either the wit or pithy comebacks that Charlie had in his back pocket and was often left sounding like a scolded schoolboy who’s just got an “E” for his homework. Hardly the image you want for the “man in control”.

As I understand it the FIA will be addressing the “radio” issue for next season with the Team Managers being placed on “mute”.

Over and above the Saudi race he did make some real “howler” decisions throughout the season.

Nevertheless, it turned out to be one of the most unpredictable Championships in living memory engaging audiences that were normally outside of F1’s reach. And whilst the main course on this menu was the Championship lead “tank slapping” between Max and Lewis.

The reaction provoking decisions of Masi proved a very complimentary desert. Subsequently, the desired serving in the growth of F1’s fanbase was larger than the most optimistic expectations. Improving the fortunes of the Promoter and in turn the Teams and the drivers (apart from Lewis Hamilton).

I’m sure Masi’s employers were very happy with his performance at this point. However, he saved his best for last. All the earlier contentious decisions could easily have been framed as “bad calls” but in the closing stages of the final race, he delivered his coup de grâce.

Errant penalty awards on “grey area” infringements such as driver “fault” following an incident are one thing. Dispensing with the rules that relate to measurable processes is something altogether different. It has been mooted that as Race Director, he had the right to do this.

If that’s true, then F1 is entering into a very dangerous sporting “minefield”. Imagine if a football referee on the spur of the moment decided to allow one team to have twelve players on the pitch and the other only eleven.

Masi’s actions in Abu Dhabi dealt a blow to F1’s credibility, which is a problem when it wants to flex the “gambling” muscle of its income stream. It’s not going to work if an official can just declare “Chinese New Year” over the regulations and unilateral change the course of a race or Championship.

That’s why I don’t hold out much hope for Mr Masi retaining his position. Remember I mentioned the words “lamb” and “to the wolves”, well I think I’ll replace the latter with “sacrificial” now.

Despite being a part of an apparent success story, it looks like he’ll be the one without a chair when the “investigation music” stops.

(Editor-in-Chief’s Note: I have known Sean Stevens since the late-2000s after I arrived in Dubai, I was photo director at Gulf News while he was involved in the UAE racing scene, which I covered. I also raced the Rotax Max Masters series at the time where he officiated.

When I joined Autodrome, Sean and I interacted weekly, if not daily, as he worked at the venue as safety car driver, steward, clerk of the course, race driver and instructor. A respected and true all-rounder. Our bond remains because racing is in our blood, F1 in particular.

I am chuffed to have him on board as a columnist and sincerely hope he stays inspired to see through the first ten weeks of Parc Ferme musings he has agreed to submit for our site. I look forward to his insights and memories of a friend and colleague who has and does work in the eye of the storm, which is officiating any official race be it the pinnacle of the sport or bambino karting. Welcome onboard Sean! – Paul Velasco) 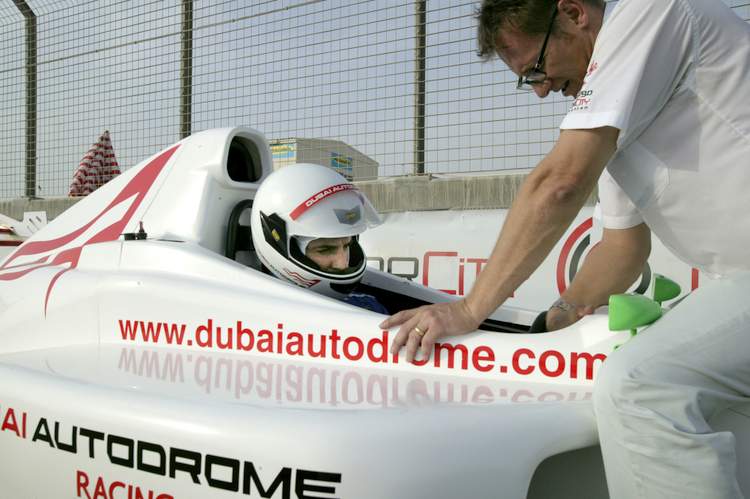 Sean strapping Paul in for a single-seater jaunt in 2006