Is Formula 1 actually a Motorsport? 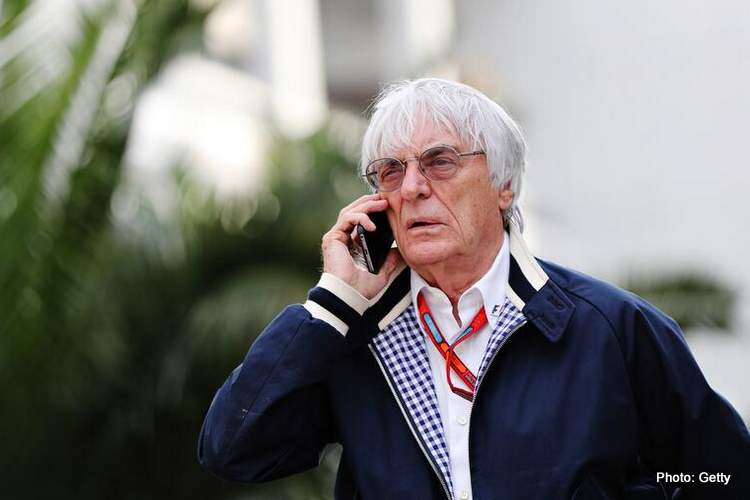 Grandprix247 reader Sean Stevens looks into the current state of affairs in Formula 1, in the aftermath of the 2021 Abu Dhabi GP controversy, arguing that F1 does not necessarily classify as a’Motorsport’.

I have never really entertained the word Motorsport as a descriptor for Formula 1. It’s the “sport” bit I have a problem with on the basis that it doesn’t seem to function like one.

And judging by the reaction on social media to what transpired last December in Abu Dhabi, most of Formula 1’s fanbase has yet to digest this possibility. Especially those unfamiliar with its history.

To be fair, it’s not the first time that the F1 World Championship has been decided by outrageous fortune at the final race of the season. However, it has always been at the hands of either another driver or mechanical failure. The resulting furor and feelings of injustice always dissipated quickly as everyone came to terms with the erratic nature of racing.

In Abu Dhabi though, neither of these suspects played a part. Instead, a race official (Race director Michael Masi) was the main actor, implementing his own version of the rules and consequently changing the result of the race and Championship. Subsequently, neither the FIA (sport’s governing body) nor the Formula 1 Group (its promoter) has been able to waft the resulting smell of “external interference” out of the cockpit.

Masi’s decision continues to be an embarrassment for both parties, particularly after the gambling consortium Paddypower decided to pay out on both Verstappen and Hamilton as winners of the 2021 World Championship. This unprecedented action had the implication that something questionable had occurred and, in combination with Hamilton’s resolute silence, has turned the glorious summer of Max Verstappen’s victory into a winter of discontent for the world of Formula 1.

So how has Formula 1 found itself in such a position?

For me, the answer is simple, the actions and absence of Bernie Ecclestone. It is Bernie who crafted F1 into the global multibillion-dollar business it is today and in doing so, created its current structure – a tri-partite agreement between; the Regulator (FIA), the promoter (Formula 1 Group), and the individual race teams.

All are mutually co-dependent as one is pointless without the other. It doesn’t take much imagination to understand that this arrangement is both cozy and potentially volatile, with its accompanying mix of diverse goals, personalities, and the highest concentration of amour propre in the world. A firm hand is required to bang heads together or administer some carrot, so all parties remained forward-facing for the common good.

As chief architect of this structure and CEO of Formula 1 Group; Bernie naturally performed this function and did so sublimely for many years. But in 2016, he sold his majority stake in Formula 1 Group to Liberty Media who shortly after their acquisition, replaced him with Chase Carey, Liberty Media together with Carey assuming the mantle of “keeping the church” between all and sundry in the circus. This was a tall order for someone coming in from outside the “ring” and in 2020 Carey was replaced by an individual more familiar with the internal machinations of Formula 1, former Ferrari F1 Supremo Stefano Domenicali.

The current problems within F1 only serve to highlight the skill in which Ecclestone executed his role. None of the current nonsense would have gone down if he were still in charge. In his day dirty washing was dealt with behind closed doors and he was the laundryman. His word was both his bond and law so whatever was agreed, happened.

The people he placed in key positions were understood to be an extension of his authority. Questioning theirs was questioning his. Few did. In contrast, Stefano Domenicali remains relatively invisible and does not appear to possess the control or persuasive powers wielded by Ecclestone.

Without Bernie’s firm hand at the reins, the good ship Formula 1 seems to be missing a captain and is consequently looking a bit tarnished. Finding a figure to perform this function is extremely difficult. It requires someone with years of experience who can command the respect of the huge egos that populate each of the parties within the structure (a role only God should maybe apply for).

The only mortal candidate I can think of that has the necessary qualities is Flavio Briatore. Unfortunately, he committed the cardinal sin of Formula 1 earlier in his career. He cheated big time and got caught – the former is fine, the latter unforgivable.

But what about the drivers or sportsmen in this model I hear you ask? Well, they’re only “bit part” players in the scheme of things. As hired hands, they have no real power or influence and are relatively disposable, even Lewis Hamilton.

This brings me back to my initial point. The decision taken by Michael Masi was one that inevitably gifted the race win & World Championship to Max Verstappen, who deserved to win the title in less controversial circumstances. Much in the same way you would stop the runner leading a race to let their main competitor catch up and gulp down an energy drink, before resuming the action again.

That would never happen in Athletics which is why it’s a sport and in the words of Michael Masi answering Toto Wolf’s query on the matter, “It’s called a motor race […]”. (Opinion Piece by GP247 Reader: Sean Stevens)

Disclaimer:
Opinion pieces do not necessarily reflect the views of this website, however we always provide a platform for readers and writers to put forward well argued viewpoints.