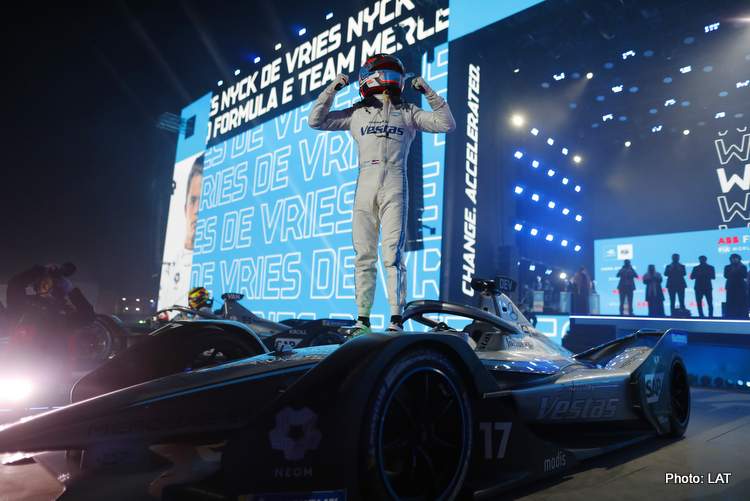 Formula E world champion Nyck de Vries started the new season in dominant fashion as he clinched victory in the opening race at the Diriyah E-Prix in Saudi Arabia on Friday.

Dutchman De Vries trailed pole-sitter Vandoorne for the initial stages but moved into the lead after the Belgian missed an attack mode activation loop following a safety-car restart.

“It’s a great result for the team to win today and secure the one-two. This is what we have been working towards, so it is a very pleasing start to the weekend,” De Vries said after his second straight win in Diriyah.

“Obviously I was a bit fortunate with Stoff missing his attack mode, but at the end of the day it was good from our side in the garage.”

Diriyah is hosting a double-header, with a second night race scheduled for Saturday. (Reporting by Dhruv Munjal) 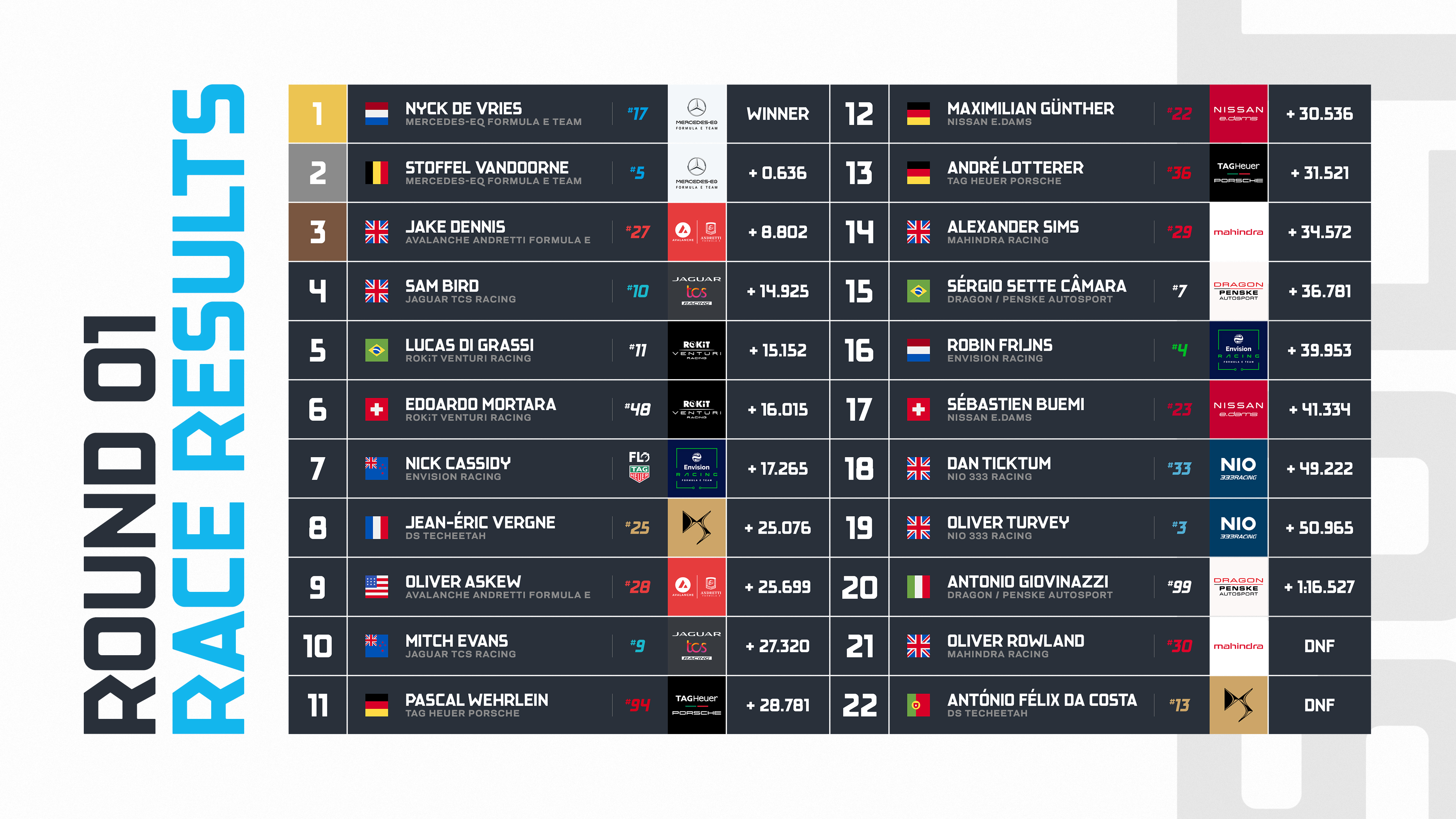