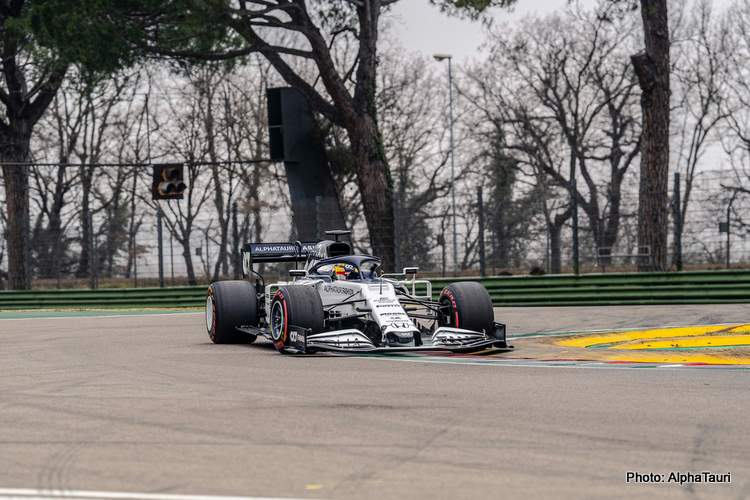 AlphaTauri have announced that they will reveal their 2022 Formula 1 car to the world, the  on February 14, Valentine’s day.

The Faenza’s new car with which they will contest the upcoming F1 season will be called the AT03, that will powered for the first time by the Red Bull Powertrains, after the departure of Honda from the sport a the end of the 2021 season.

AlphaTauri will feature the same driver lineup with Pierre Gasly and Yuki Tsunoda at the wheel, the drivers finishing ninth and 14th respectively in the 2021 Drivers’ Championship, as the team took sixth in the constructors.

The team was hard at work testing this week at Imola with their 2020 spec car, the AT01, in a bid to get their drivers back up to speed in F1 machinery after the winter break.

almost ready to enter a new era of Formula 1 📆 mark your calendars, the AT03 is coming! 👌 https://t.co/AnGsP6d3Om pic.twitter.com/L2H1U9huya

McLaren fire up their MCL36

McLaren who have set February 11 as the date to launch their 2022 F1 car, the MCL36, along with the team 2022 racing activities, have been heard at work at Woking as the team fired up the new car for the first time on Wednesday with CEO Zak Brown and team boss Andreas Seidl in attendance.

McLaren who finished the 2021 F1 season fourth in the Constructors’ Standings are looking to continue their recent improvement under the new regulations and benefiting from the cost cop F1 has implemented.

The team won the 2021 Italian GP with newcomer Daniel Ricciardo, who will start his second season with the team at the Bahrain’s season opener in March.

Turn up the volume. 🔈 The #MCL36 is fired up and ready to roar. 🔥😤 pic.twitter.com/jEBn6FZIsK