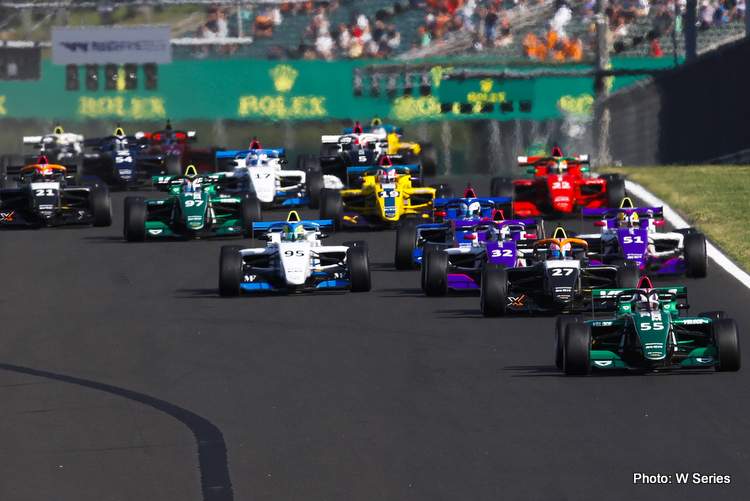 The 2022 W Series visits five new circuits in 2022 as part of an eight-race calendar that will see it compete on the same weekends as Formula 1 for the second successive year.

The all-female series begins in Miami from May 6-8 as a support event for the inaugural Formula One Miami Grand Prix around the Hard Rock Stadium.

It will also race for the first time at Spain’s Circuit de Catalunya, French Grand Prix venue Paul Ricard at Le Castellet, and make its Asian debut at Japan’s Suzuka.

Mexico’s Autodromo Hermanos Rodriguez, another new venue on the W Series calendar, will host the season finale on 28-30 October.

Britain’s Silverstone, Hungarian Grand Prix host Hungaroring and the Circuit of the Americas in Austin, Texas, which featured on last year’s schedule, will return in 2022. The Texas race, however, remains subject to contract.

The series put on eight races at six circuits last year, with Austin the only non-European venue.

W Series Chief Executive Catherine Bond Muir said ina press release: “We have always stated our intention to make the series a truly global movement and this calendar is the next step towards achieving that.

“Last year, we began a landmark partnership with Formula One and our talented grid of female racing drivers proved that they belong on motor racing´s greatest stage,” added Muir

The W Series, which uses identical cars homologated to FIA Formula Three specifications, was launched in 2019 to help women climb the motorsport ladder to Formula One, which has not had a female race driver since Italian Lella Lombardi in 1976.

Inaugural W Series champion Briton Jamie Chadwick successfully defended her title last year, with the series not racing in 2020 due to the COVID-19 pandemic.

“It has been incredible to witness the championship progress as we continue to champion diversity across motor sport, and it is exciting to see the series will visit five new venues next year, including its debut in Asia,” said Formula One’s motorsports managing director Ross Brawn. (Reporting by Abhishek Takle)

Following on from our announcement, here’s a look at our eight race locations. ⬇️