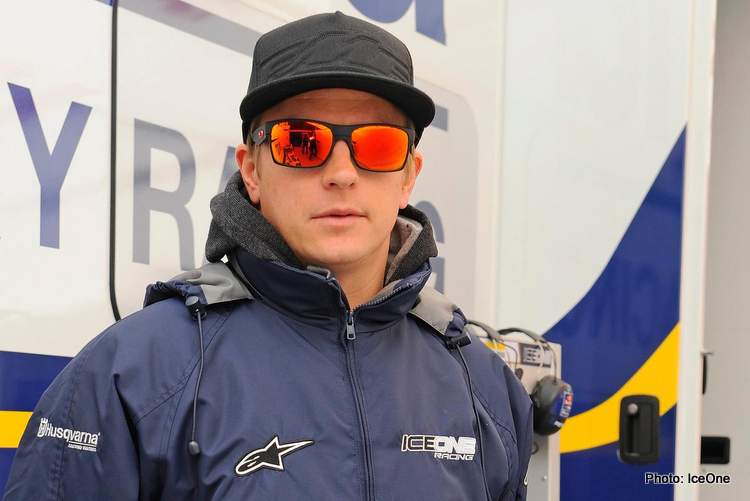 By his own admission, Kimi Raikkonen does not know if he will return to the Formula 1 paddock after retiring at the end of last year, however, he is sure to be at MXGP events as team principal for Kawasaki!

Raikkonen – aka The Iceman – arguably F1’s most popular driver ever, has been appointed team boss for the Kawasaki Racing Team (KRT) targeting titles in this year’s FIM Motocross World Championship.

The Finn has always been a motocross fan, forming the IceOne team over a decade ago as a result of that passion.

Now, with time on his hands, Raikkonen has taken his involvement in the project to the next level with Kawasaki confirming that he and Antti Pyrhonen will run their factory programme in the MXGP class henceforth.

According to the press release, with no F1 obligations, 42-year-old Räikkönen has vowed to be more involved with the team this season, which will be a boost for Kawasaki considering, that at the end of 2021, many feared the manufacturer would pull the plug on their MXGP programme.

Instead, they have come back stronger with Kimi the ace up their sleeve so to speak.

Team boss Raikkonen said of his venture: “It’s no secret that, for me, one of my great passions in life for many years has been motocross but this team is not what you might call a hobby; it’s very serious, very focused and we aspire to be the best we possibly can.

“Now I have retired from racing I will be able to spend more time on this project; not on the daily issues but more from a strategic point of view using my experience of how teams work and what creates success on the world stage.

“Everyone including myself is delighted that Kawasaki has chosen us to be the Factory team. I know that the chance of success is always greater with direct factory support, so this translates into a great opportunity for us as the new Kawasaki Racing Team in MXGP,” added Raikkonen.

The reins of the Kawasaki Racing Team pass to F1 legend Kimi Raikkonen and past motocross GP winner Antti Pyrhonen.

A press release confirmed that the Kawasaki Racing Team will again enter the FIM Motocross World Championship with a strong line-up in the premier MXGP class; the 2022 series starts on February 19-20 at Matterley Basin in the UK.

French MXGP ace Romain Febvre will again be the leader of KRT after signing a new two-year deal directly with the Japanese factory which will now be even more deeply involved in the new project.

The release stated: “Both have been involved in the sport for many years and celebrate their tenth anniversary in MXGP this year. In fact, their first season together was on private Kawasaki machinery, and they are now back in Green to run the Factory Kawasaki Racing Team assault.”

Team manager Pyrhonen said: “Since I joined Kimi’s team ten years ago, we have never stop working hard to get the best results in the MXGP class and, after we achieved some good results with numerous wins and podiums, we now have the opportunity to work closely with a prestigious factory.

“We have been working on this new project for several months already and we are of course delighted to have this opportunity to join Kawasaki and to run the Kawasaki Racing Team.

“The MXGP class is the pinnacle of our sport, and we know how competitive the series is, but we are looking to this new challenge with optimism as we have two strong and fast riders to enter this new chapter with a factory behind us,” added Pyrhonen.

Raikkonen ended his two-decade career in F1 at the 2021 Abu Dhabi Grand Prix, bringing to an end a stellar career at the highest level that included 349 Grand Prix starts, 21 wins and remains the last Ferrari driver to win an F1 World Champion title, when he did so back in 2007.