Ricciardo honoured by Order of Australia 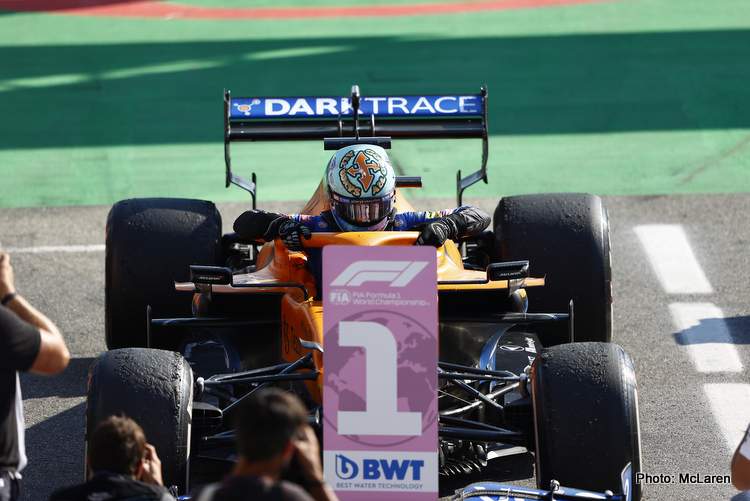 McLaren’s Daniel Ricciardo has be been honoured in his home country by the Order of Australia for his achievements in motorsports.

The Australian driver was one of 732 recipients of the award in the General Division of the Order of Australia, and was appointed as a member of the Order for his “significant service to motor sport as a competitor and ambassador, and to the community”.

Ricciardo took to Instagram to express his gratitude, and wrote: “Just happy flying the flag for Australia. Really appreciate the recognition. You can take the boy out of Oz but you can’t… anyway haha big thanks to everyone.”

Ricciardo became a full time Formula 1 driver in 2011 with HRT F1 Team where he contested 11 races with the team before joining  Toro Rosso for the 2012 and 2013 seasons, after which he was promoted into Red Bull for 2014 after Mark Webber’s retirement.

He spent five full seasons as a Red Bull driver and then switched to Renault for 2019 and 2020, before making another switch to McLaren for the 2021 season.

Ricciardo has amassed eight wins, three pole positions and 32 podiums over the course of his career, with his latest race victory being for McLaren at the 2021 Italian GP, which was the Woking outfit’s first win since 2012.

Ricciardo now enters his second season with McLaren, as he looks to put the struggles if his debut season with the team behind him, while he said earlier that the team supported him as he got to grips with his new car.