Andretti: Russell has huge shoes to fill at Mercedes 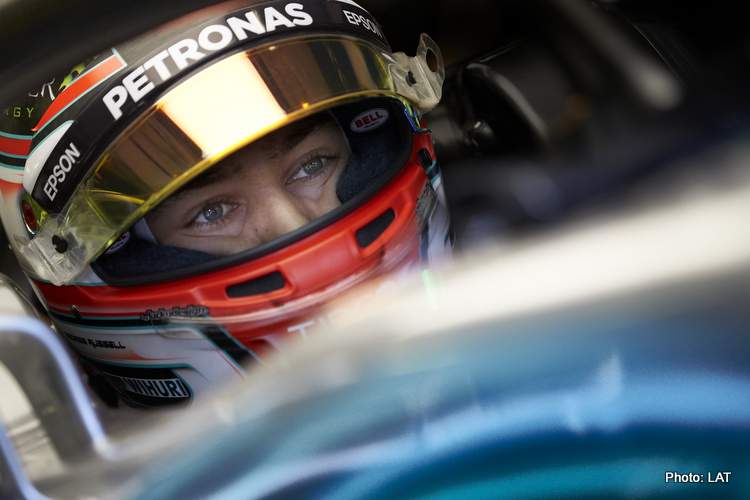 Mario Andretti is interested to see how George Russell will perform at Mercedes, the American legend believing Russell has huge shoes to fill in his new team.

George Russell was drafted to replace Valtteri Bottas at Mercedes, and will be sharing the garage for the 2022 Formula 1 season with one of the sports greatest drivers, seven-time World Champion Lewis Hamilton.

Russell has ticked all the boxes on his way to the top with admirable performances with back-markers Williams, often qualifying in positions his car did not deserve to be, but the question remains, how would he perform in a World Championship team like Mercedes, alongside a formidable teammate as Hamilton.

Mario Andretti, the 1978 F1 World Champion told RacingNews365.com in an interview that he is “very interested” to see how the young Briton fares at his new job.

“He has some huge shoes to fill! Not only vis-a-vis Lewis, but also vis-as-vis Valtteri, who was a strong, valuable teammate,” he said.

Russell replaced the Covid-struck Hamilton at the Sakhir GP in Bahrain in 2020, qualifying second behind Bottas with a negligible margin separating them, and was on course to victory on race day had Mercedes not messed up his pit stop along with an unlucky puncture he picked up.

However, Andretti doesn’t believe that Russell can guarantee the same level of performance as the team’s regular driver, regardless of how impressive his 2020 one-off appearance with them was.

“We have seen what George did in Bahrain, on a one-off situation, so you would expect that he will show really strong [performance],” he explained.

“But we always wait to see. You can draw a lot of conclusions, but until it’s proven… Sometimes it’s a one-off that really works out and then when you’re really in there it becomes a little more difficult,” the 81-year-old warned.

“It’s just another thing, another area to look forward to and to see how it plays out,” Andretti pointed out with regards to the Russell-Hamilton relationship in 2022.

“I think it’s the biggest opportunity of his life, to really shine in the sport, with the top team at the moment, so we all wish him well, for sure,” he concluded.

George Russell has already started work at Mercedes on January 16, and is hard at work with the team getting ready for the upcoming F1 season that will kick off in March in Bahrain.

The Home of @MercedesAMG. ❤ George’s first visit to Affalterbach ✅ pic.twitter.com/0xTh1mgsaA