Verstappen: I say to myself, you’re never perfect in any area 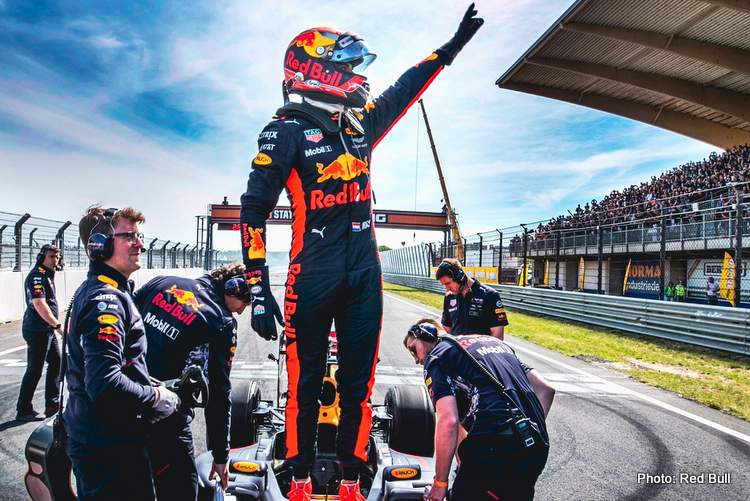 Max Verstappen, the 2021 Formula 1 World Champion, believes that – despite winning the Championship – he is far from perfect, and can still improve in many areas.

The past season is arguably Verstappen’s best in top flight, as apart from winning the F1 Drivers’ Crown, he was able to sustain season-long pressure against a formidable adversary in the form the Lewis Hamilton, and prevail in the end.

The newly crowned champion, however, is staying grounded, and believes that he can always find areas where he can improve and up his game, something he shared in an interview with his sponsor CarNext.

“For me, I always say to myself, you’re never perfect in any area,” Verstappen said. “So let’s say you’re at 98 percent, whatever you can call it, I always look at it [as something] I can always improve.

“Because it’s not, ‘I can improve massively in this or massively in that’. It’s just tiny things, or, how can I try to influence the weekend a bit better?

“How can I prepare myself better? How can I make sure that I understand the balance of the car better for qualifying, [or the] race?

“These kind of differences. How can I understand the tyres better? All these kind of things,” the Red Bull ace pointed out.

With the upcoming season bringing along a raft of changes in the technical regulations, the Dutchman pinpointed where he needs to focus his effort, saying: “Of course, next year, the tyres will be different again, so you have to learn that as well.

“But you always look in these kind of areas, like what can I understand or learn from all the experience I’ve had so far?” he explained.

The 2021 F1 season was the most exciting the sport has witnessed in years, and Verstappen doesn’t feel the need to deliver another exciting season, joking that too many seasons like that will take a toll on a driver.

“I don’t need to improve on this,” he said. “For me, it doesn’t need to be like this every single year. I don’t think you can last a long time in Formula 1 like that!

“But I’m happy, of course, how it played out,” he went on. “It was an amazing season, I think. A lot of unpredictable things happened. Of course, the two teams fighting against each other.

“That is always more exciting than when it’s one team dominating, and it’s just the two teammates basically fighting,” the 24-year-old concluded.

Verstappen won ten races, and achieved 8 podiums on his way to his first ever F1 Drivers’ Title, the first for a Red Bull driver since the four back-to-back titles the team clinched with Sebastian Vettel between 2010 and 2013.