Tech Draft: Reflections on Abu Dhabi, Masi and how FIA will react 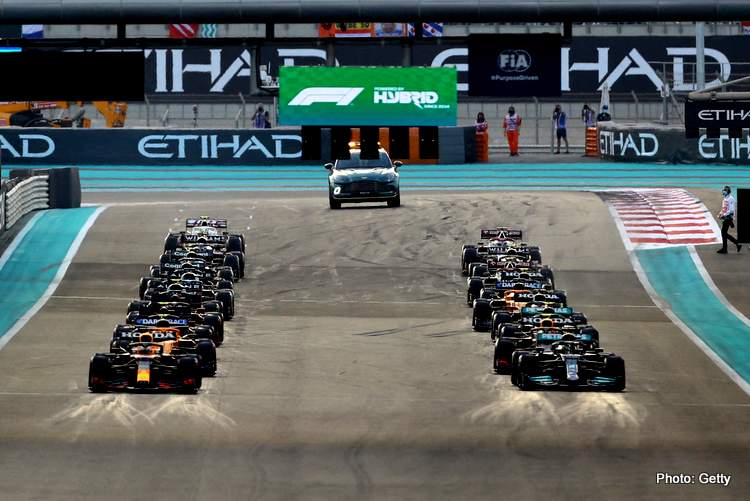 In this latest Tech Draft, I discuss the manner in which I believe the FIA will treat the need to react to the outcomes stemming from the much-anticipated review of the questionable manner in which the 2021 Abu Dhabi Grand Prix was concluded

I also attempt to predict what I feel their actions might be before the forthcoming season begins.

The FIA will, of course, will announce the findings on Friday, 18 March which happens to be the first day of practice for the 2022 F1 season-opening Bahrain Grand Prix.

Having served a lengthy career in the industry I have enough experience to be able to paint a very definite picture in my mind about how the FIA deal with the need to be self-critical of themselves and their own procedures.

Interestingly enough, and to start with, it is the very way the FIA is proceeding to deal with the matter that is very typical of the organisation throughout the years.

There will be no independent or bias-free analysis, nor will there be any similarly independent proposed corrective actions. Instead, they have already assembled a tiger team of their own people to review themselves and hold themselves accountable.

Of course, being an international body, the FIA is staffed by people of many nationalities, but the organisation has an obviously and proudly French culture at its core, regardless of who is the President.

In my mind, whilst I am sure that the FIA will find fault in the way that the Safety Car was deployed in that most remarkable incident, I feel that many might be disappointed in how the FIA interpret that anomaly, and the possible remedy.

Rather than seeing the incident as an error of judgement, the intent of which need not be reserved for this purpose, and the regulations amended to protect the liberties of the victim of the error, it is quite possible that the FIA will treat the Race Director as the victim, which would imply that the error of judgement was in fact due to regulative ambiguity.

That could then leave the very possible resultant corrective action of amending the regulations to broaden the Race Directors discretionary powers, mitigating the risk of recurrence.

I think it is possible that the FIA would see an admission on their behalf of an error of judgement that cost a victim a World Championship as willingly self-harming their own brand.

In the typical French way, the FIA has a culture of being very loyal to its staff, and in tough times it will close ranks on its own people. In fact, I cannot recall an occasion when I have heard of an FIA staffer being dismissed from their role.

Whilst many are discussing the sacking of Michael Masi as a foregone conclusion, based on my experience I simply do not see that as an action the FIA would take, and I’m not sure there would be anyone else suitable to take the role on at such short notice, anyway.

However, whilst I do believe that Masi will continue in his role as Race Director, I do think the FIA will make some organisational and procedural changes to the way in which the role is performed.

Firstly, this Abu Dhabi review should expose that the role of Race Director requires an assistant or second in charge because it seems evident that the Race Director operating on their own is under-resourced.

And secondly, it seems blatantly obvious that team bosses communicating with and deliberate lobbying of the Race Director during a race should cease.

There should only be one delegate from each team who can do so, the Sporting Director, and it should only ever be for direct operational matters. The judges should never discuss with nor be questioned of their decisions by any team during a race.

Ultimately, I think the review of the Abu Dhabi debacle will pan out in true FIA style as follows:

I suspect that if I am close to correct in the way I feel, about the way this might happen, there will be some very unhappy people.