Russell: I want to be a winner and be F1 world champion 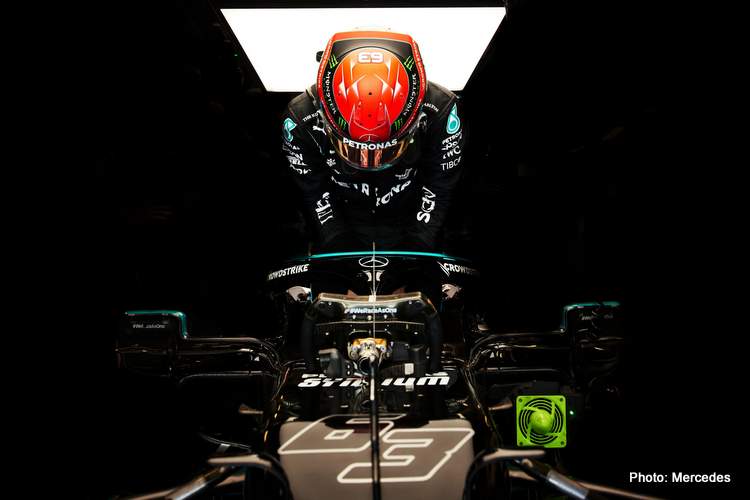 Should Lewis Hamilton decide to stay in Formula 1, George Russell will be tested to the maximum as he joins the big time with Mercedes starting with the forthcoming 2022 world championship season.

And he seems as ready as can be to take on the challenges that come his way, as part of the most formidable team in the sport’s history.

Highly rated Russell is a Mercedes prodigy who ticked all the boxes on the way to being granted one of the most coveted seats in F1. From a backmarker team with little hope of even scoring points, Russell will now be a race win contender every Grand Prix weekend.

Speaking to Crash, Russell gave insight into how he adapted from being a front-runner in every junior series he competed in to a driver nailed to the back of the grid no matter the effort.

He explained the adaption process: “It didn’t take that long because I had the mindset that: this is what we’ve got, there’s nothing I can do about it. I’m not going to focus on something I can’t change and I’m going to make the most of this difficult situation. I think that made me stronger.”

Russell did get a taste of the bright limelight when he subbed for Covid-19 struck Lewis Hamilton at the 2020 Sakhir Grand Prix in Bahrain. As a sub, with little seat time in the Mercedes, he nevertheless qualified second behind teammate and team regular Valtteri Bottas. Russell, a tenth and a bit shy of the Finn.

A day later he might have won the race had Mercedes not messed up the strategy that night, the Briton had led most of the race only to finish ninth.

If you don’t bounce back from disappointments, you ae only compromise yourself and your team

Notably, once a serial winner, he last stood on the top step of a racing podium back in late 2018 when he won the Yas Marina Formula 2 Feature race. He was the series Champion that year.

“I’m more grateful to have been able to learn my trade, a bit under the radar, and being prepared as much as possible for when I do have a car that hopefully can help me achieve what I want to achieve.”

Asked if the night in Sakhir had him hankering for more of the spotlight, having proved he was up to the task, Russell replied: “It wasn’t just the Mercedes experience, but there were other experiences as well, and dealing with and bouncing back from disappointment is part of life and part of competitive sport.

“You know a championship isn’t won or lost in one race, it’s won over the course of a season. You will always have disappointing race weekends, you’ll have failures, you’ll have success.

I want to be the most complete driver possible

Russell clearly buys into the ‘what does not break you makes you stronger’ ethos: “I think people who have it easy throughout their career, throughout their life when they do face these disappointments, they struggle to deal with it and probably aren’t able to bounce back as quickly.

“And that’s why I’m grateful that I’ve been in this position on a number of occasions, to make me more resilient. I would have loved to have won that race, but that’s not what I want my career to be remembered by.

“I want to be the most complete driver possible and I want to look back in 20 years time and say ‘that was an incredibly strong career, every single outcome had a reason behind it and that made me a stronger driver’.

“I believe that race in Bahrain, losing that victory, will make me a stronger driver. In a way, it would have been too much of a fairytale to have won and I probably wouldn’t have appreciated the achievement if that had happened,” added Russell who will break cover as an official Mercedes driver when the team launches the W13 on 18 February.