Piastri: Would love to be driving but as F1 reserve I’ll learn a lot 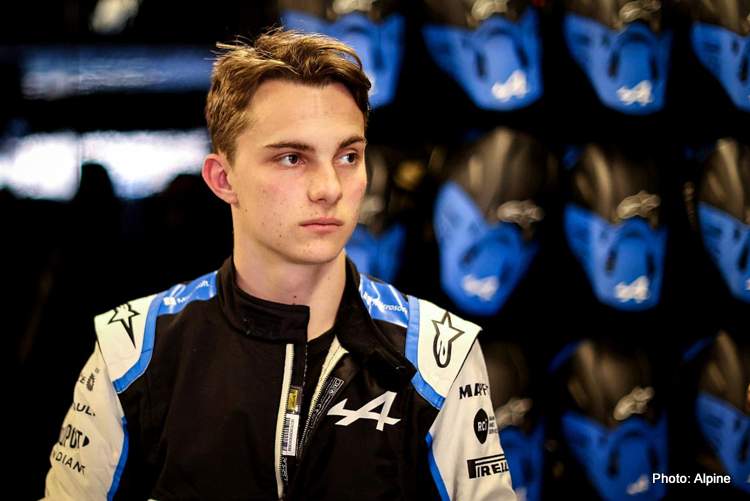 Having spent the past few years with his career in the fast lane, Oscar Piastri is confident he’ll benefit from his year on the sidelines as a Formula 1 reserve driver in 2022.

Piastri’s role with the Alpine F1 team means while he’ll live the life of an F1 driver, his time behind the wheel will be limited to simulator sessions and testing days.

Having soared through the junior ranks with F3 and F2 titles in consecutive years, the 20-year-old Australian young gun is prepared to absorb as much as he can in his 2022 role as he aims to secure an F1 drive in 2023.

“A lot of my year will be on the simulator and then obviously I’ll be travelling – at this stage – to all of the races as reserve driver,” Piastri said after receiving the Sir Jack Brabham Award from Motorsport Australia for his 2021 achievements.

“We’ve got quite a bit of testing lined up in last year’s car as well. Whilst I won’t be racing it’ll be a very busy year still. There are a lot of aspects that I can learn from this year such as the hectic schedule of an F1 season, all the travel, getting used to jetlag and stuff.

“Doing that without having to go out and perform, in some ways, is actually quite nice to have that luxury. Of course, I would’ve loved to be driving but there’s still a lot I can take from this year.”

Piastri winning back-to-back Sir Jack Brabham Awards means only he and IndyCar star Will Power have won the prize twice and came after a dominant rookie F2 campaign where he won the title by 62 points after a season featuring six race wins and five additional podium finishes.

The Melbournite received the award at Albert Park on Friday, where he’ll return in April for the Australian Grand Prix with Alpine.

“To be actively involved in an F1 team and coming back to Melbourne, my home race, I’m just super excited and looking forward to a great event. Obviously, I’m there as a reserve driver in case I get the call-up. We’ll see, maybe I will be driving?” added Piastri.