Vettel: I was hoping for more with Aston Martin 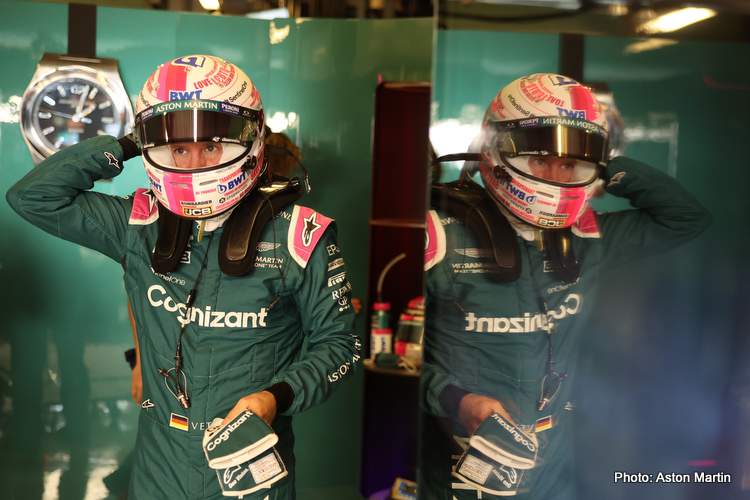 Sebastian Vettel completed his first Formula 1 season with Aston Martin, and despite achieving the team’s first podium in Baku, Vettel admits he and the team were hoping for more in their first year together.

The German’s first year in green was not stellar, but featured a few highs as he gave Aston Martin their first podium in Baku, had a solid race to fifth in Monaco, and also took second in Hungary despite being stripped of it later due to fuel irregularity on his AMR21, something he can’t be blamed for.

But despite achieving fourth in the 2020 Constructors’ Standings under their Racing Point guise with their Mercedes-inspired car, the ‘Pink Mercedes’, the team was off the pace in 2021 as the new floor rules hurt the performance of their low-rake car, also a Mercedes design philosophy, and they ended the season seventh on the Constructors’ Table as a result.

Aston Martin is a great team

Asked by F1’s official website if his maiden season with Aston Martin was what he “signed up for” , Vettel said: “Yes and no.

“I think the team’s great; I really enjoy working with the team, and I think it’s been a big change obviously.

“But no in terms of the results, obviously,” the four-time Champion pointed out. “The whole team and myself, we were hoping for more.

Vettel won the inaugural Crypto.com Overtake Award for making the most overtakes of any driver during the 2021 season, with a total of 132 passes over the course of the season, beating Fernando Alonso who was second best, but Vettel wasn’t overjoyed, as many overtakes meant he was starting from the back of the grid quite often.

“It’s been a long year, lots of overtakes,” he reflected. “Obviously, we had some qualifying sessions that didn’t go our way and had to make our way up in the race, sometimes more [successfully] than other times.

“I did enjoy it. The midfield was very tight, and obviously fighting with Fernando [Alonso] is special,” the former Ferrari and Red Bull driver went on. “It’s been quite a while that we’ve been fighting and some memories came back, and last time we properly had a fight was for the championship.

“It was good fun but obviously we are aiming to be a bit further up the grid next year and challenging for… bigger trophies,” the youngest ever F1 Champion hoped.

Aston Martin announced last week that their new car, the AMR22, will be launched on February 10, something Vettel and the team are looking forward to, hoping to make a step forward under the new 2022 aero regulations, as all the teams will be starting from a clean slate.

“There have been some up and downs but obviously high hopes for [2022] with the new car, new regulations, and the team growing and hopefully getting stronger,” the 53-time grand prix winner concluded.

Aston Martin has been undergoing various changes under the leadership of team chairman, Canadian billionaire Lawrence Stroll, with the latest high-profile change being the departing of long-serving team boss Otmar Szafnauer, who was replaced Mike Krack, the former BMW motorsport boss.

Lawrence Stroll has set an ultimatum of three to five years for the team to starting fighting for championships.