Wolff: I hope we see Lewis again, he’s the most important part of F1 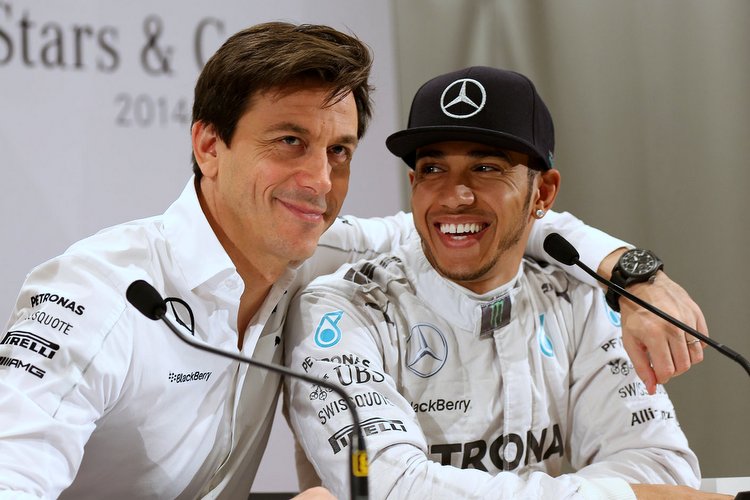 Birthday Boy – Toto Wolff – who turned 50 this week appears to be in the dark regarding the future of Mercedes superstar Lewis Hamilton, confirming the Briton is still dealing with the fallout from a highly charged 2021 season decider.

The seven-time Formula 1 World Champion has gone AWOL since his defeat to Max Verstappen at the 2021 season finale. On the night, Hamilton seemed to be graceful in defeat but it is more likely he was seething under the surface and could not wait to leave Yas Marina that night.

Since then it has been social media silence and no word from Hamilton during the festive season, which has fueled speculation among pundits, media and fans that he may actually call it quits in the wake of the controversy-packed 2021 Abu Dhabi Grand Prix.

The Mercedes camp despite winning an unprecedented, and quite remarkable, eighth consecutive F1 Constructors’ Titles, felt their ace Sir Lewis was robbed of the Title; FIA Race Director Michael Masi and his FIA Stewards got it all wrong when the race was turned on its head by Nicolas Latifi crashing his Williams, very awkwardly.

Since then much water has flowed under that bridge, with Hamilton’s silence deafening, and Wolff apparently not sure what his 40-Million-Dollars-A-Year-Man will be doing this season, in which highly-rated young gun George Russell moves in to share Lewis’ garage.

Nevertheless, two months since the shower of shenanigans at Yas Marina, Wolff is still smarting: “It will never be forgotten because what happened to Lewis was just wrong. He was unbeatable that day. Until the race control blew the fuses, they decided on three violations of the rules.

“That’s just hard to understand. It will always haunt us, although Max Verstappen is a worthy world champion over the course of the season, but that day one was better than the other. And they didn’t win.

“No matter what obstacle was thrown at Lewis, he has known all his life that he has to do his talking on the track but it is incredibly difficult for him until he has found a way between understanding what is right and what is wrong. That is taking its time.

“I really hope we see him again, he’s the most important part of our sport. It would be a disgrace for the whole of F1 if the best driver decided to retire because of outrageous decisions,” suggesting that Wolff himself has no idea what his driver will be doing in 2022.

As for his birthday, Wolff said with a laugh: “Toto Wolff: (laughs) The purest nightmare! At 50 you’re officially an adult, definitely over the middle.

“That bothers me, I would have to become more serious and wiser. So I make my own timekeeping, try to find a way around the “5” and just celebrate “49 plus 1″ with my wife,” explained Wolff.

In July, last year Mercedes and Hamilton agreed on a two-year extension deal which is said to be worth close to $100-million for his services in 2022 and 2023.