Sainz: I am now ready for whatever comes in 2022 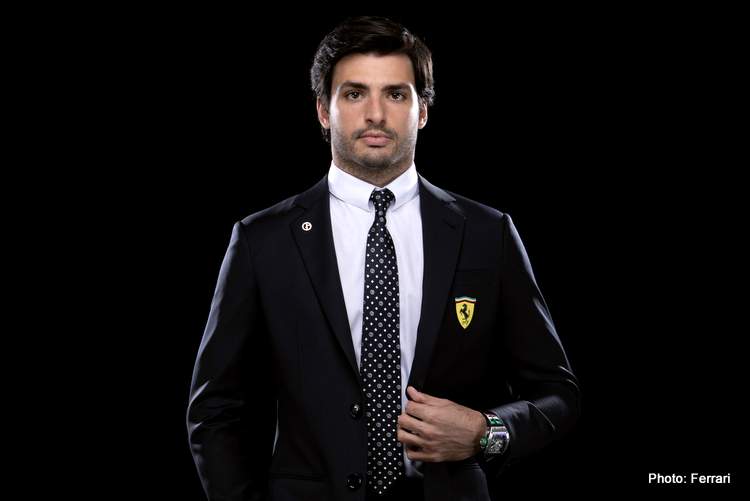 After his first season at Ferrari, one could say the Carlos Sainz has won the hearts and minds of Maranello and shut up any doubters; for season two he has much more in mind.

Finishing fifth in the 2021 Formula 1 World Championship, ahead of teammate and Ferrari protege Charles Leclerc, the pair colluded to ensure the Reds finished third in the constructors’ championship – up from sixth a year earlier. Great rebound.

With this in mind and looking to the year ahead, with a more level playing field expected, Sainz told F1.com he is “100%” sure he will challenge for the title with a winning car.

Looking back on his first season with the Scuderia, Sainz said: “I’ve enjoyed it a lot. I think it’s one of my favourite seasons in F1 in terms of just enjoying being part of the sport.

Sainz: The feeling going into the new year is very positive

“It’s been quite hectic, a lot of races, but also a lot of good times. I managed to enjoy myself; at the same time I managed to improve myself through the year.

“I feel like [I finished] the season much stronger than I started it, so there’s that important progression inside the team. I’ve seen changes inside the team also that have gone in the right direction. So honestly, the feeling going into the new year is very positive and I think we are going to a good moment and good momentum.”

For most drivers, Ferrari is the team they dream of driving for during their careers’ and Sainz appreciates the good fortune he has to be part of the team’s great history and hopefully legacy when he starts winning for them.

“It’s been fairly easy for me to keep reminding myself that I am achieving a dream,” explained the 27-year-old Spaniard. “That is to drive for the best team in Formula 1 and the most historic team in Formula 1, and it’s a dream come true for me since I was a kid, to be driving for Ferrari.

“And reminding myself this kind of thing, I actually go into the weekend always excited, always with energy, always trying to learn, trying to become better, to make sure if the chance of fighting for the World Championship with Ferrari ever arrives, I will be as prepared and as ready as possible.

“And this has given me a good balance; it has allowed me to make another little step as a driver and to make me finish the season on a high and now ready for whatever comes in 2022.

Sainz: I had a lot of things to learn from Charles

Whatever way you look at it Leclerc’s shares took a dip, while Sainz’s made a significant upward turn, the point that Red Bull advisor Helmut Marko said in an interview that “Leclerc had been humbled” by new his teammate.

But Sainz only had good things to say about his teammate: “To be honest since the moment I arrived to winter testing in Bahrain I had a lot of things to learn from Charles.

“The way that he was driving the Ferrari in a particular way to be as quick and as fast as he’s being all year long and I’ve had to adapt myself, I had to copy a lot of the stuff that I was seeing on his data.

“Sometimes it was difficult to believe that it was possible to do that and it was so crazy quick that it was actually a bit shocking but little by little adapting and trying to learn from him I managed to get to a good level.

“There are still things that when we will go into the winter break he’s much stronger than me in certain areas,” admitted Sainz.