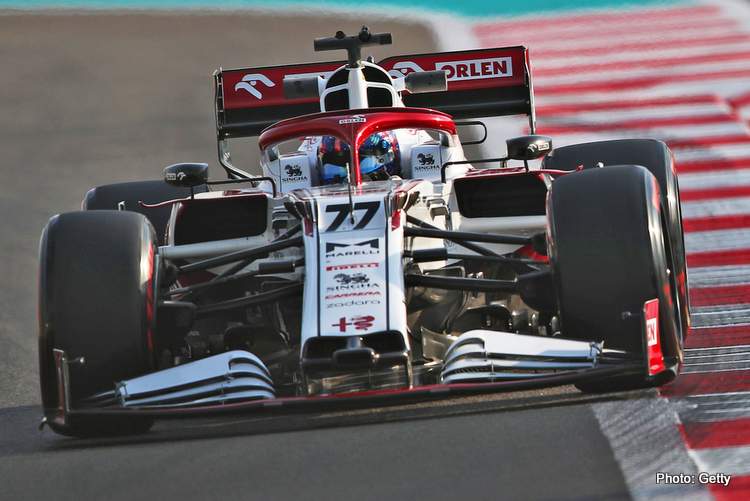 Valtteri Bottas will start the 2022 Formula 1 season as an Alfa Romeo driver after five years with Mercedes, with his new team boss Frederic Vasseur claiming the Finn has more responsibilities at his new team.

Bottas replaced the 2016 F1 World Champion Nico Rosberg at Mercedes, after the German’s shock retirement just days after clinching his Title, the Finn playing second fiddle to Lewis Hamilton all those years, being a “sensational wingman”, as Mercedes boss Toto Wolff labelled him after his supporting role at the 2018 Hungarian GP.

Bottas was never Championship material with Hamilton around, and as Mercedes decided the time was right for their junior driver George Russell to be promoted to join his seven-time F1 Champion compatriot, Bottas was shown the door, finding refuge at Alfa Romeo.

Alfa Romeo team boss Frederic Vasseur claims his new driver – who will be driving along Chinese rookie Guanyu Zhou – will have more responsibilities that his “wingman” role at Mercedes.

Speaking to GPFANS, Vasseur said in an: “[There’s] much more responsibility than when you are in a team. If you have a look, Mercedes, they won the last six or seven championships.

“Sometimes only with the points of Lewis, they would have been a team champion. It means that when you start and you are the Lewis teammate, you are in the shadow. You don’t know what is the expectation.

“Okay, you have to do the best, but you don’t have a mega responsibility,” the Frenchman admitted. “I think that now Valtteri is at the stage of his career that he is able to afford this.”

Vasseur went on to detail Bottas’ new job description as an Alfa driver: “‘Okay, Valtteri, you are not just the driver, you are responsible for the performance of the teammate.’

“If you think that someone is a bit down 10 weeks in a row, to go behind him and say, ‘Guys, wake up, let’s push.’ This position is crucial and Valtteri is ready to do those things,” the Alfa Romeo boss insisted.

Alfa felt right for Bottas, despite other options

Bottas’ Alfa Romeo move raised eyebrows at the time due to Alfa’s Ferrari links, as the Swiss team races with Ferrari power, with the former Mercedes driver asked during an interview with Beyond The Grid podcast if having a Mercedes power unit at the back of his 2022 car was a realistic option.

“Yes, there was. There was an option,” he answered. “For me I think, realistically, for long-term at that point, with not so many options, it was either Williams or Alfa Romeo.”

“It was not [an] easy decision,” Bottas admitted. “I tried to take as much information as I could from both sides, and at the same time, listen to my gut feeling. Just based on the decision, on information that I had.”

The 32-year-old started his F1 career at Williams and considered his old team as an option: “[It was] not easy. I really feel like Williams is on the upside now. I think they have a good future.

“But somehow I had a feeling that Alfa was the right thing for me.”

Ferrari power seemed to have lured Bottas to Alfa Romeo as he said: “It was kind of nice to go to non-Mercedes power. Not to have the link [to Mercedes].

“[It’s] completely new, something completely different for me,” the ten-time race winner concluded.

During his tenure with Mercedes, Bottas helped the team achieve five Constructors’ Title, as he also finished runner up to Hamilton in 2019 and 2020. His first race with Alfa Romeo will be start his 179th grand prix.