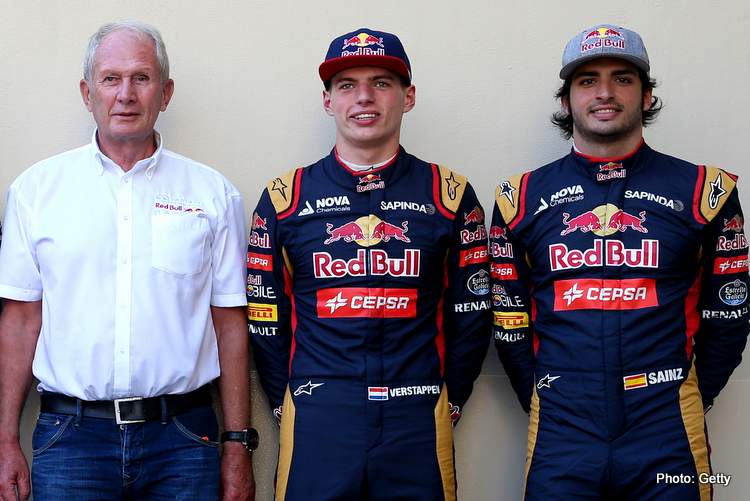 From a drivers’ perspective, Helmut Marko is probably the most important man in the Formula 1 paddock, hence when he names ‘names’ be sure it’s worth a listen.

Advisor to Red Bull billionaire Dietrich Mateschitz since their incredible foray into F1 decades ago, Marko saw to the rise of the likes of Sebastian Vettel, Daniel Ricciardo and now Max Verstappen.

Of course, the goal for Red Bull in 2022 is for Verstappen to retain his F1 title, bag a second. Eager to tear up that script is likely to be a number of Young Guns eager to seize whatever opportunities the ‘new rules era’ provides.

Marko made it clear in an interview with Auto Motor und Sport: “The official goal for us is to win the world title again.”

But at the same time, with the new cars set to hit the track for testing in Barcelona next month, nothing is sure, Marko is cautiously optimistic: “With such a big rule change, you can never be sure. Mercedes and we have the potential, the people and the continuity.

“That’s talking again about a battle at the highest level, especially since there is no other driver on the same level as Hamilton and Verstappen,” added Marko.

Most likely Norris can keep up with them. Leclerc was, one could say, humbled by Sainz

Clearly, and with good reason, Verstappen – the 2021 F1 World Champion – is the benchmark for the future generation and Marko had some choice words about who he reckoned will be in the reckoning with competitive machinery.

Of the challengers, best of the rest in his book, that may emerge on the same level as Max and Lewis, Marko said: “Most likely Norris can keep up with them. Leclerc was, one could say, humbled by Sainz.”

The Austrian, a former F1 driver and Le Mans winner, referencing the fact that Carlos Sainz, a Red Bull developed driver beat Charles Leclerc in his first year with Ferrari, scoring more points and more podiums than the Monegasque for whom the Scuderia appeared to be gearing their future around.

The Spaniard has certainly given Maranello big wigs food for thought after his first year as a Red.

This season George Russell will join Lewis Hamilton at Mercedes, bringing a whole new dynamic to the team predicts Marko: “Russell will certainly be a bigger challenge for Hamilton.

“Just rhetorically and politically, because he is also English. He is an incredibly fast driver in qualifying but Russell has to prove himself first,” added the Red Bull advisor.

As for the RB18, the Red Bull man reported that all was on schedule with the festive season having little impact on the schedule: “At least I was not given any information to the contrary. They’re working around the clock. The English are not holiday-makers. They only do Boxing Day.”