Seidl: 2022 McLaren responding to all developments 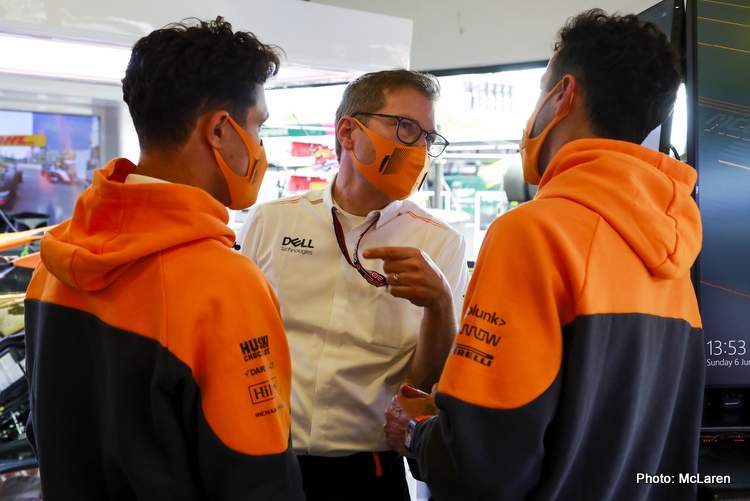 McLaren’s Formula 1 team principal Andreas Seidl spoke of the development of the team’s 2022 challenger, claiming he is satisfied with the progress, the 2022 car is responding to all developments.

Like all teams in F1, McLaren are hopeful that the technical reboot the 2022 regulations will cause, could offer them the chance to be more competitive in the upcoming season, as all teams will start from a clean slate with their new challengers.

Speaking in an interview with formel1.de, Seidl revealed that he is “very satisfied” with the development of the 2022 Papaya racer being built for the upcoming season, while admitting that it would be difficult to have clear targets set for the technical team with new aero rules being followed for the first time “because you have absolutely no reference. Nevertheless, as a team you naturally try to set yourself ambitious but also realistic goals.

“From my point of view, I’m very happy with the development I’m seeing at the moment,” Seidl said. “The vehicle is responding to the developments. We are really making progress week by week in the wind tunnel.

However he admitted: “We won’t really see how much it will be worth in the end until the first qualifying session in Bahrain next year.

“For me, the most important thing is simply that the development of this car is once again a step forward compared to the developments in recent years,” the team boss clarified.

McLaren have been on an upward curve recently despite dropping from third in the 2020 season’s Constructors’ Standings to fourth in 2021 after a mid season surge from Ferrari saw the Red team usurp the Woking squad into third.

However Seidl is happy with the restructuring the team underwent, which saw – among other changes in the team –  James Key join the team as technical director in 2019.

“We really did a major reset in the team more than two years ago in terms of organization and structure,” he insisted. “I am absolutely convinced that we have all the talent on board that we need to take the next steps.

“Now we simply need time, we have to work together on a daily basis, we have to learn together from things that may not have gone ideally and grow from that,” the 46-year-old concluded.

McLaren who recently tweeted photos of their new car being worked on, will look to make another major step forward in 2022, with Lando Norris and Daniel Ricciardo leading the team’s charge on track.