Perez: With Red Bull I’m at a whole new level as a driver 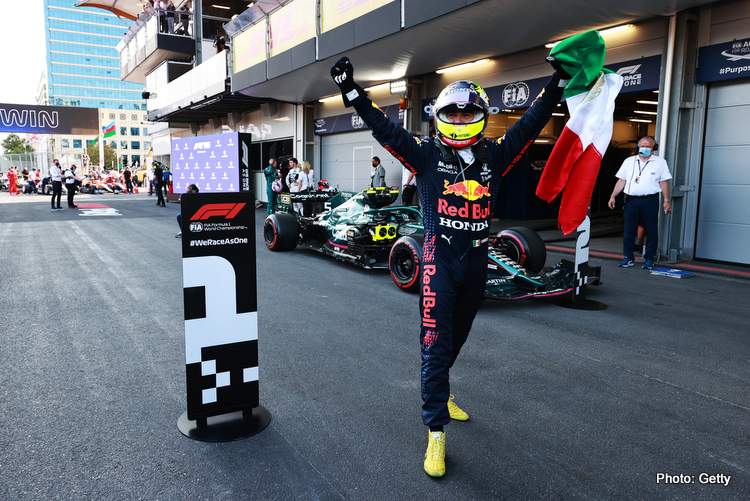 Sergio Perez truly won over his Red Bull team last year, including their ace Max Verstappen, the Mexican almost out of a job at the end of 2020, was a gamble for Helmut Marko and Christian Horner but he delivered on almost every level.

Without a doubt, Perez was better than his predecessors, who were ‘destroyed’ by Verstappen, but it was not plug-and-play for the Mexican veteran who told Speedweek, “I was pushed to the limit by Red Bull Racing. The engineers, mechanics and team bosses also have to give their best all the time. I also had to.

“Everyone works tirelessly to achieve the perfect result. For me, that was a great experience that took me to a whole new level as a driver.

“When you are at Red Bull Racing the pressure is on and everyone is watching you, what you do and you guys are obviously a lot harder to a Red Bull driver, which is very understandable.”

Perez also entered the team built for Max, and with good reason, as he is clearly the only young driver with the talent and tools, combining at the right time, to challenge and beat Hamilton. Any teammate will have to beat him regularly to change that dynamic.

“The season Max did has been legendary, it’s really impressive and big praise to him. He’s really at one with the car. He’s very complete, experienced,” reckoned Perez, who has 213 F1 starts on his CV compared to Verstappen’s 141.

Regarding his own prospects for the 2022 F1 season, Checo said: “I’m enjoying this point of my career a lot, I’m very happy, and that’s the most important.  There’s a good basis on which we can build and improve.

“That’s a big difference from last year. I know everyone on the team and I know who to ask and how to get the best out of each one. Now, it’s a completely different situation.”

What a difference a year makes!

In a post-2021 F1 season interview, Perez recalled the “situation” and struggles in the RB16B which, at the same time, teammate Max Verstappen was using to great effect.

Perez recollected: “We must take into account the fact that I came into a very different philosophy of car compared to what I’d been driving all my career. From that aspect, it was a slow adaptation, but yes, just a very different car, very different engine. A lot of things to learn with a new team with no testing, basically.”

Last year, Perez was not alone in taking his time to find his feet, all drivers who changed teams struggled including the likes of Daniel Ricciardo at McLaren, Carlos Sainz at Ferrari and Sebastian Vettel at Aston Martin also took strain, taking time to find the sweet spot with their new teams.

Of them, all only Perez and Ricciardo won a race, but the latter was only eighth in the 2021 F1 championship standings. However, his ‘teething problems’ were perhaps a tad lengthier.

The Mexican explained how he overcame those challenges: “Just trying different things, just working non-stop. Right now, I finally understand how to drive the car, how to exploit the maximum out of it. That’s why the results were a lot better.”

Before the season started Perez made a ballsy prediction that it would take him five or six races to be in the zone, and indeed he did win the dramatic 2021 Azerbaijan Grand Prix after leader Verstappen suffered a blowout. It was Round 6. Neat.

Furthermore, it captured the imagination of fellow Mexicans, his father Antonio Perez Garibay leading the praise in his Medio Tiempo column: “This victory is not only his, but it is also above all a triumph for all Mexicans, who after being almost two years isolated by the terrible pandemic of Covid-19.

“After that moment, we were finally able to meet again at the Hermanos Rodriguez Autodrome, for the Grand Prix that, in more than a sporting point of view, is also a source of employment and boosts economic growth.

Also packed with post-season praise for 31-year-old Perez, Verstappen who ‘baptized’ his teammate as “Minister of Defence” for the Red Bull team.

The World Champion recalled: “We didn’t know exactly how the collaboration would work at first but Checo is an incredible person -and not just someone you can work with. He’s also a super nice guy and a real family man.”

While the soundbites have generally been positive for Perez, it has to be noted that despite Verstappen winning the 2021 F1 title did not go to Red Bull, instead, Mercedes claimed it for an unprecedented eighth time in a row.

Verstappen: I really hope Checo and I can work together for a long time to come

This Mercedes achieved with Lewis Hamilton second in the final Championship standings and without Valtteri Bottas winning a race all season. Thus Perez fell short on that one, he needed to have brought home more points to make it a perfect season, 28 more to be precise.

This can be excused as he was the team’s new guy in his first year with the team while Bottas has been Merc-wingman for five years helping his team to constructors titles since he arrived in 2017..

In 2022 there will be nowhere to hide again and Perez admits he has work to do to keep up with Verstappen, particularly in qualifying. In races, he should at least have Max in his sights.

He knows he will be in the spotlight, watched closely. If he falters there is no other driver on the grid with a longer queue of hot shots wanting their seat as Perez does, with (chomping at the bit!) Pierre Gasly top of a list that runs deep.

But as long as Perez keeps on delivering and in the wake of his first F1 title triumph, Verstappen makes it clear who he wants to share a garage with for the foreseeable future: “We’ve had a lot of good times together. It’s not often that you have a teammate like Checo. I really hope we can work together for a long time to come.”